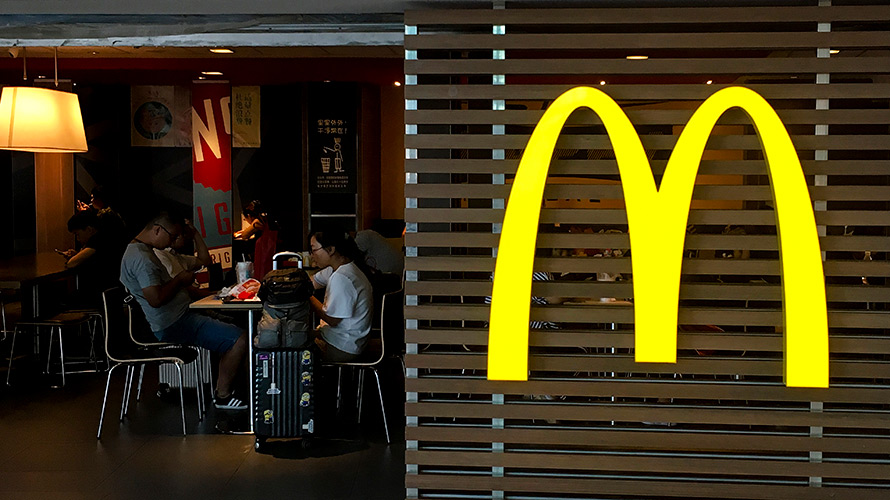 The chain looks to move away from the single agency model. - Credit by Getty Images

The news follows the March hire of Mondelez veteran Bob Rupczynski as global vice president of media and customer relationship management. In moving forward with this review, the chain looks to “move from a single global media agency to a small roster of preferred agency brands” in order to more effectively reach its customers in different markets around the world.

This means longtime global agency of record OMD will almost certainly lose at least some portion of the business.

“As part of our journey to build a better McDonald’s we are striving to make our marketing dollars work harder—through more efficient media spending and better connections with our customers,” said a company spokesperson. “This week we are embarking on our first formal global media review in more than a decade … with the intention of ensuring best-in-class media services and capabilities for all of our markets. Our longterm relationship with OMD remains strong, and they will be participating in this process.”

Regarding the chain’s larger plans, the spokesperson continued, “The efficiencies gained from this move, together with funds released from our recent decision to end our Global Sponsorship of the Olympic Games, will help us strengthen our investment toward our digital efforts. Our increasing focus on data-driven marketing will create a new level of personalized value and convenience for our customers, helping to further accelerate McDonald’s growth.”

McDonald’s consolidated its global media planning and buying duties with OMD in December 2003 and tasked the Omnicom agency with a greater share of its U.S. work by consolidating its regional cooperative marketing groups’ promotional efforts earlier this year.

Last summer, the chain ended its 35-year relationship with Leo Burnett and shifted all U.S. media and creative work to Omnicom, which subsequently launched the dedicated agency We Are Unlimited in Chicago. It is also in the process of reviewing relationships with regional creative agencies around the U.S. in the interest of streamlining its roster.

According to several parties close to the matter, most or all of the major holding groups will pitch for the business. Spokespeople for OMD, UM, GroupM, Publicis, Dentsu and Havas have either declined to comment or not responded to related requests.

One industry analyst placed McDonald’s global yearly paid media spend at $1.6 billion, while French consultancy COMvergence estimated $1.75 billion. An earlier Wall Street Journal report put the total at $2 billion. According to Kantar Media, the chain spends between $800 million and $1 billion in the U.S. alone each year.