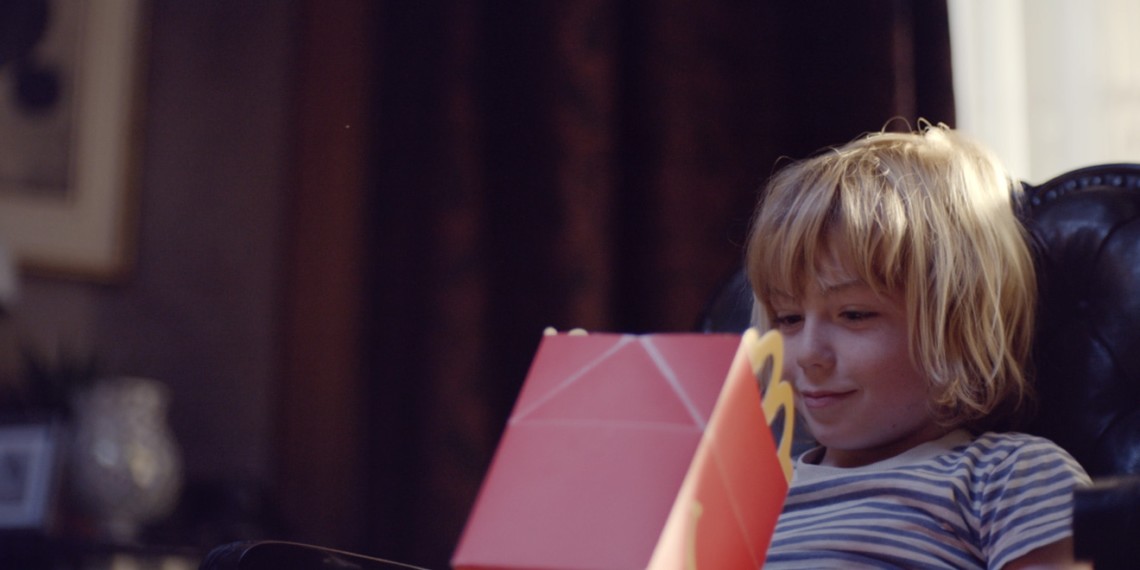 McDonald's tugs at the heartstrings in its latest ad. - Credit by McDonald's

The McDonald’s Happy Meal is turning 40 this year. While its time on Earth hasn’t been without controversy—the Happy Meal has frequently been blamed for contributing to childhood obesity, and more recently caught environmental backlash for its plastic toys—it still remains one of the brand’s classic staples.

In its latest campaign, McDonald’s has given the Happy Meal a starring role in the hopes of drumming up a bit of nostalgia for parents who grew up eating the chain’s kid-friendly offering. Except it’s not the meal itself but the red box, complete with golden arches, that takes center stage in the spot.

Created by TBWA\Paris, the ad features a young boy who holds onto his Happy Meal box after a visit to McDonald’s with his grandmother. He then fashions it into a bucket of sorts, using it to collect everything from rocks to confetti at a birthday party.

The spot comes full circle at the end when he visits his grandma again and, Happy Meal box in tow, shows her some of the objects he’s collected since their meal.

Called “Childhood Is Inside,” the spot is latest in a number of well-crafted ads that TBWA\Paris has churned out for the fast-food chain this year. In February, the agency cleverly promoted the brand’s McDelivery service in a series of photos showing city life through a rainy window. The agency also recently created a number of whimsical breakfast-themed GIF-esque videos that are housed on their own microsite.