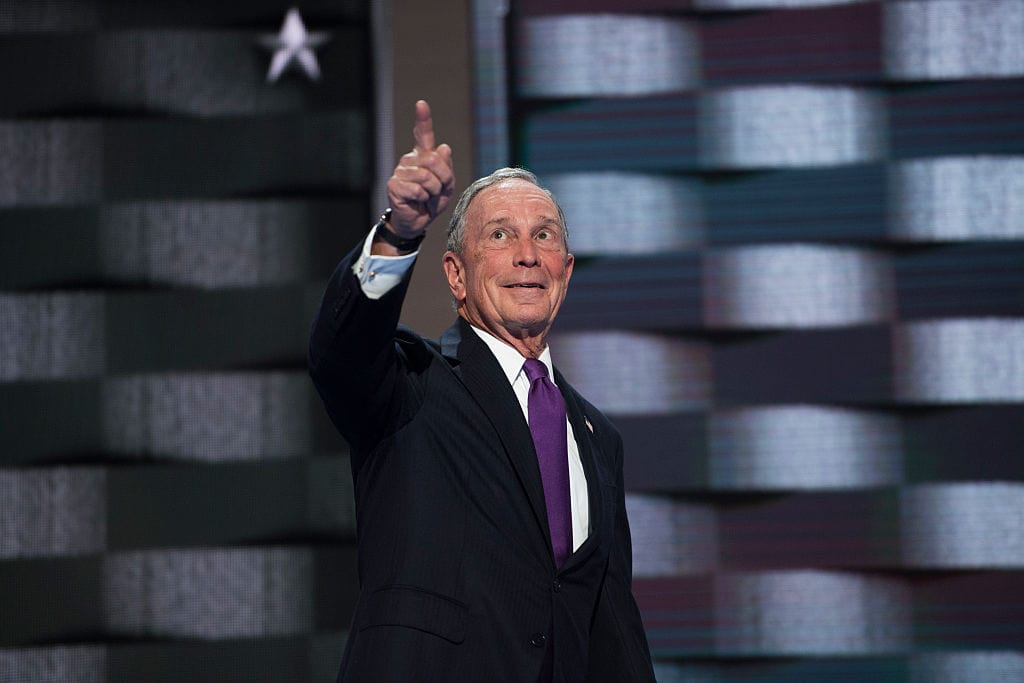 The PAC has donated to nominees from both major parties in the past. Getty Images

Individuals with direct knowledge of the matter confirmed that the billionaire philanthropist reached out to the agency to produce ads for what has become a highly publicized campaign.

A Droga5 spokesperson declined to comment and referred Adweek to Independence USA PAC. Representatives at Stu Loeser & Co., the PR firm hired to promote the group, have not responded to multiple phone calls and emails seeking comment over the past several days.

Bloomberg’s organization chose Droga5 thanks, at least in part, to its past political efforts and the strength of its reputation as a creative shop.

In 2008, the agency partnered with comedian Sarah Silverman and the Jewish Council for Education and Research to create “The Great Schlep,” which encouraged older Jewish voters to pull the lever for then-candidate Barack Obama. Eight years later, Droga5 created several ads for Hillary Clinton’s ultimately unsuccessful campaign including, most famously, the anti-Trump spot “Role Models.”

Independence USA PAC has so far run two ads, neither of which were created by Droga5. The first, titled “National Economy,” encouraged viewers to “vote for a Democratic Congress” and end one-party rule.

“Because It Matters,” which debuted today, targets female voters. It was produced by Bloomberg and New York’s RadicalMedia and directed by actress Jodie Foster.

The Droga5 ads have yet to air, sources said. They might not run at all depending on how the Bloomberg group’s strategy develops in the seven days remaining this election cycle.

Independence USA PAC is a legitimately bipartisan organization. A quick look at public expenditures since its 2012 formation reveals a nearly even two-party split leading into 2018.

Bloomberg won two New York City mayoral elections as a Republican before a successful third run as an independent, and during this period he publicly criticized some of President Obama’s best-known policies–including the Affordable Care Act, whose pre-existing condition protections play a key role in the “National Economy” ad.

In recent years, however, he has staked out left-of-center positions on issues such as gun control, climate change and immigration, with his Everytown for Gun Safety group working on several related ad campaigns.

This June, Bloomberg issued an official statement noting that, while he had spent tens of millions promoting Republicans in past elections and would give to both parties’ gubernatorial candidates this year, he would “support Democrats in their efforts to win control of the House” after the GOP “failed” to “prove they could govern responsibly.”

The New York Times subsequently reported that he would spend at least $80 million on that effort, and other stories included variations on that number as regional ad buys shifted.

Earlier this month, Bloomberg re-registered as a Democrat, leading to speculation that he might run for president in 2020. Despite widespread rumors over the past four elections, he has never launched an official campaign.