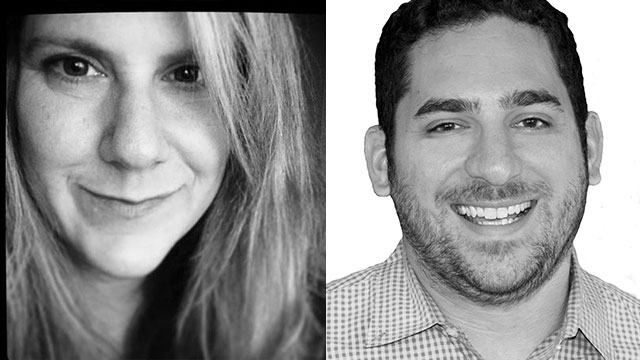 Koffer (l.) was vp of global media at Colgate-Palmolive, and Maceda was invention studio lead for North America with Mindshare. Mindshare North America

The network has hired Danielle Koffer, previously vice president of global media at Colgate-Palmolive, as chief client officer and promoted Joe Maceda to chief instigation officer. Maceda has been with Mindshare for 13 years, serving most recently as invention studio lead for North America.

“Danielle and Joe each bring a unique set of skills and experiences,” Adam Gerhart, Mindshare North America U.S. CEO, said in a statement. “What they have in common is a long heritage of launching unconventional, provocative ideas for brands and lasting impact.”

Mindshare noted in its statement that the two new positions add “critical areas of expertise” to keep clients ahead of their competitors.

Coming with Koffer’s title is the responsibility of overseeing the discipline of client leadership, focused on best practices, talent growth and building a culture of trust and accountability.

Koffer is a veteran of the WPP network. Prior to working at Colgate, she spent a decade at Mindshare, most recently serving as executive director of client leadership. In that role, she oversaw accounts in the luxury space.

While at Mindshare, Koffer also helped create “Driven to Another Level,” a campaign that saw the formation of a distinct brand identity for the Range Rover Sport, which earned a place on Adweek’s 2014 Media Plan of the Year list.

As chief instigation officer, Mindshare said Maceda will be tasked with developing and cultivating innovative thought leadership and programs and analyzing trends and market disruptions. Maceda will continue to lead Mindshare’s invention studio, which is dedicated to driving creativity in media planning.