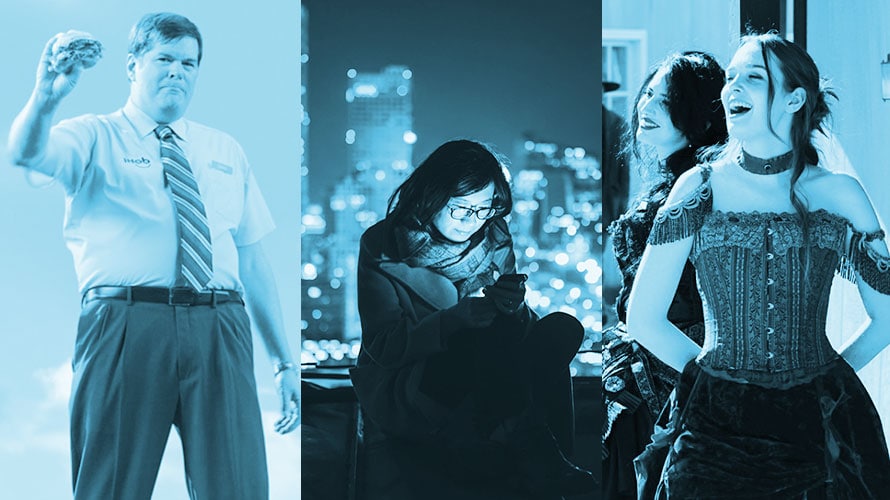 In 2015, Publicis began restructuring its organization to its “Power of One” model, and streamlining its global operations into four “solutions hubs.” Under CEO Arthur Sadoun, the holding company enacted a “2020: Sprint to the Future” plan focused on three pillars of growth: its PeopleCloud, the network’s cloud-based platform that identifies sources of client growth at an individual level; “dynamic creativity” focused on personalized content; and technology and consulting led by its digital business transformation unit Publicis.Sapient.

"For us, we bet on this. We foresaw this, which is why we restructured our organization in 2015."
Carla Serrano, chief strategy officer of Publicis North America and CEO of Publicis New York

These changes help Publicis create custom teams to meet the individual needs of its clients. Under this model, Serrano said “the holding company is the leader of new business” rather than single agencies or networks, with certain exceptions. Agencies do still handle smaller pitches on their own but on large integrated reviews, Publicis will “cast” the participating talent “appropriately,” she added.

“Today requires a different approach to brand building and innovation,” said Geoff Tanner, svp and corporate officer for growth and consumer engagement at Smucker’s, which consolidated its U.S. creative and media efforts at Publicis last October. “From the first meeting with Publicis, it was really clear that they believed in the ‘Power of One’ as a way to build brands today.”

According to R3, Publicis earned the most in revenue ($736.4 million) in 2018 compared to the other major agency holding companies, suggesting it’s doing something right. “It was a year that [Publicis] achieved the horizontality that other holding groups have talked about,” R3 principal and co-founder Greg Paull said.

Horizontality, a buzzword coined by Martin Sorrell, is essentially the combining of various talent across agencies to service one client. Preparing for this integration is four years in the making, Serrano noted. “We worked really hard and we’re starting to see the benefit of that,” she said.

Through the mergers of VML and Y&R and Wunderman and J. Walter Thompson, WPP initiated its own restructuring under new CEO Mark Read that combined certain digital agencies with traditional creative shops.

“Our solutions for clients are increasingly predicated on going beyond just communications, to bringing in our capabilities in commerce, technology and creating experiences,” said WPP chief client officer Lindsay Pattison, who added her “job in a nutshell” is bringing clients “the best of WPP.”

“Our solutions for clients are increasingly predicated on going beyond just communications, to bringing in our capabilities in commerce, technology and creating experiences."
WPP chief client officer Lindsay Pattison

‘Media and creative are stronger together’

According to Forrester, the decoupling of media and creative started in the mid-1980s. In 1986, BBDO, DDB and Needham Harper & Steers combined to form holding company Omnicom Group. 10 years later, the media buying divisions of those agencies formed a separate group: OMD. Other holding companies made similar changes throughout the 1990s and early 2000s.

“The reason for separating media from creative was for publicly traded companies to create a new profit center by charging separate fees for media and creative services, rather than a 15 percent commission for both,” Pattisall explained.

“Media and creative are stronger together,” he added. “The reason why media and creative agencies’ businesses are “commoditized and struggling today” is because they are “less powerful and impactful” when divided.

Still, some executives are wary that too much integration can devalue agencies’ own individual brands.

“The problem with lots and lots of integration is one can lose the quality of the stuff you put into the machine,” said Al Moseley, global president and CCO of Omnicom’s 180LA.

“How does the talent feel” when they are plucked from agencies and given random assignments across the holding company, questioned Scott Hagedorn, CEO of Omnicom’s Hearts & Science.

After acquiring DirecTV for $50 billion in late 2015, AT&T sought to consolidate its media business, which had been with MediaCom, and creative. Omnicom emerged victorious in what Hagedorn described as the only review in which he pitched alongside a creative agency (incumbent BBDO). While he acknowledged the need to combine certain “quantitative” duties with “qualitative,” he is unsure if agencies should consider restructuring their businesses around it just yet.

Either way, both Moseley and Hagedorn said they have easy access to Omnicom’s various other agencies and services if needed.

“We’re based in L.A., on the campus of OMD,” Moseley noted. “We can walk to all these other agencies. … Agencies shouldn’t be islands; they should be connected.”

While there may always be a need for specialist or boutique agencies in certain cases, traditional shops that house just creative or just media could be in trouble in the future if this trend persists.