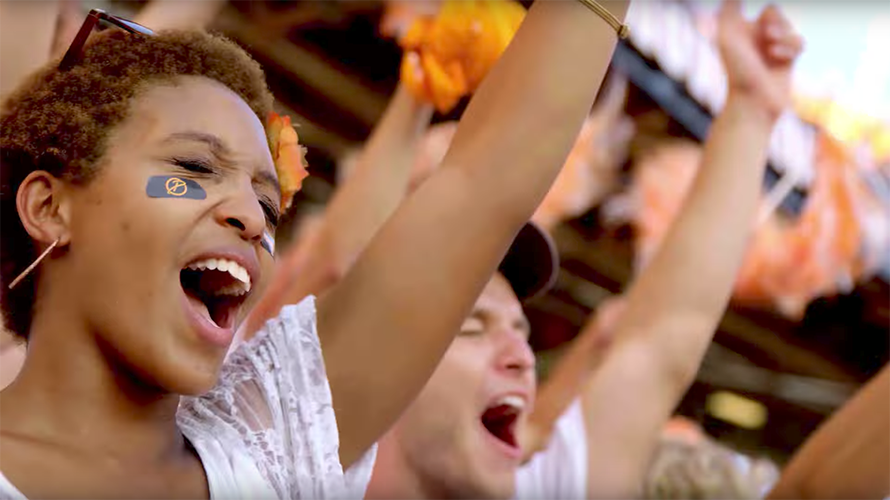 The NCAA’s Southeastern Conference (SEC) looks at a historical milestone in its latest campaign.

The campaign, from SEC agency of record The Richards Group, celebrates the 50th anniversary of the integration of SEC varsity football with “Together, It Just Means More.”

“We hold dear the traditions, we hold high the trophies,” begins the voiceover, over shots of recent SEC champs. “But on this day, the Southeastern Conference celebrates so much more.”

From there the spot tells the story of the University of Kentucky’s Nate Northington, an African-American defensive back and running back from Lousiville, who made history when he took the field in his first varsity football game against Indiana on Sept. 23, 1967 and his first SEC game against Ole Miss on Sept. 30. It also highlights Vanderbilt’s Perry Wallace, the first African-American player to play in an SEC varsity basketball game on Dec. 2, 1967.

(Stephen Martin became the first player to integrate any SEC sport the preceding spring when he took the field as a member of Tulane’s varsity baseball team.)

The 60-second spot celebrates the historic duo who “together paved the way for some of college sports’ brightest stars and most unforgettable moments.” It concludes with the line “While we look back, we are reminded there is only one way we will all keep moving forward,” followed by the “Together, It Just Means More” tagline.

“Together, It Just Means More” ran during every broadcast of an SEC football game on all ESPN and CBS platforms last Saturday.

“The seeds of change planted by these men and so many others have blossomed today into hundreds of opportunities in every SEC sport and in the academic programs of our universities,” SEC commissioner Greg Sankey said in a statement. “Those who endured in the early moments of change serve as reminders of our mutual responsibility to support opportunities for today’s young people, make certain we foster their education and graduation, and bring together our communities through our universities and athletics programs.”