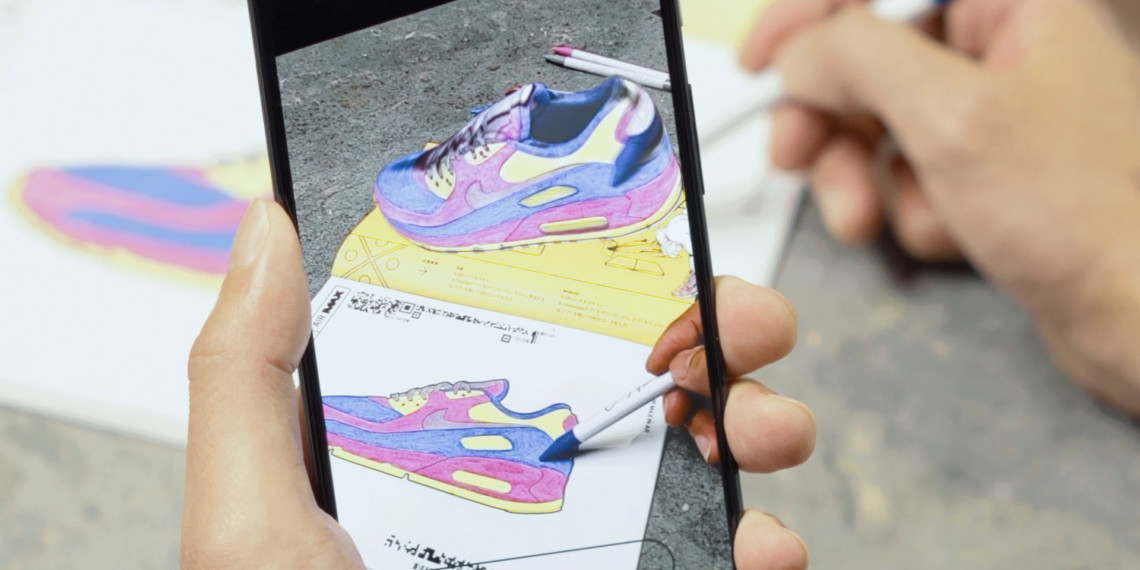 Customers can color in the pages of a zine then scan it into an AR model. - Credit by Nike/AKQA

A new “collaborative zine” from Nike Japan is putting a tech spin on coloring book pages.

The shoe giant’s latest campaign involves a booklet of black-and-white outlines of the latest Air Max releases, accompanied by an app that superimposes an augmented reality model of the shoe hovering over the page. As people physically color in the pages, their changes are updated to the three-dimensional model in real time.

Users finish by signing their creations, which can then be integrated into animated videos or submitted for inclusion in Nike’s editorial output. 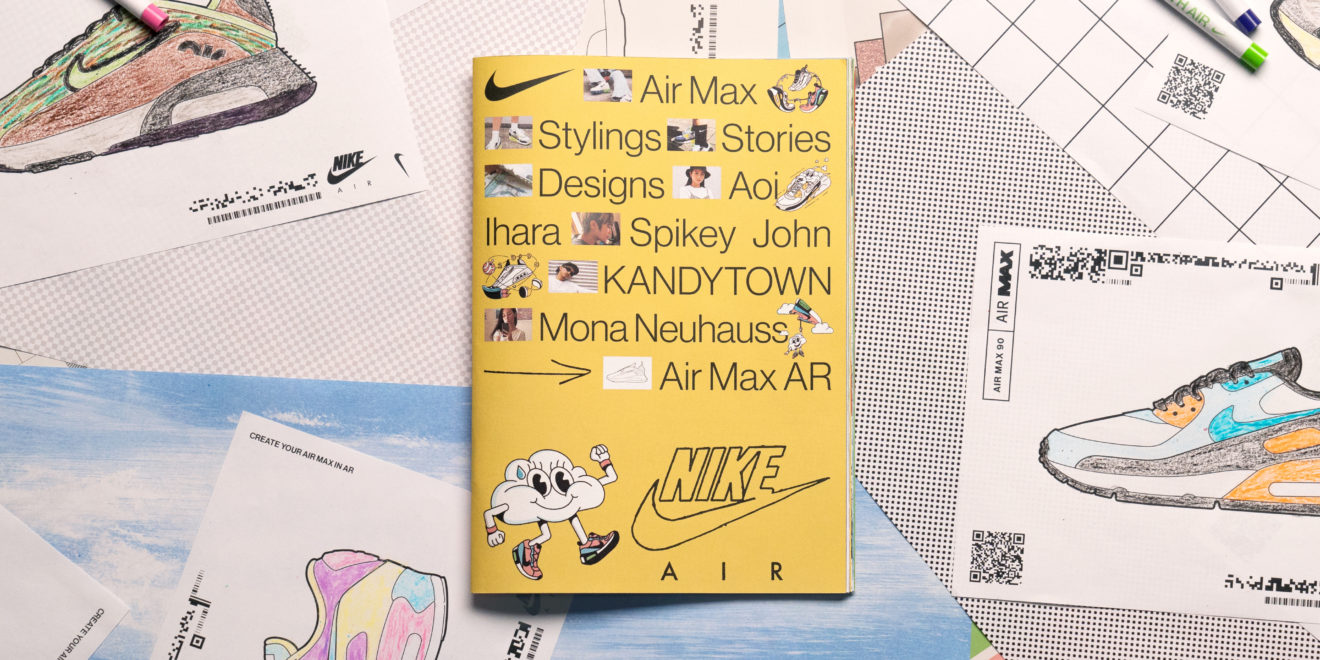 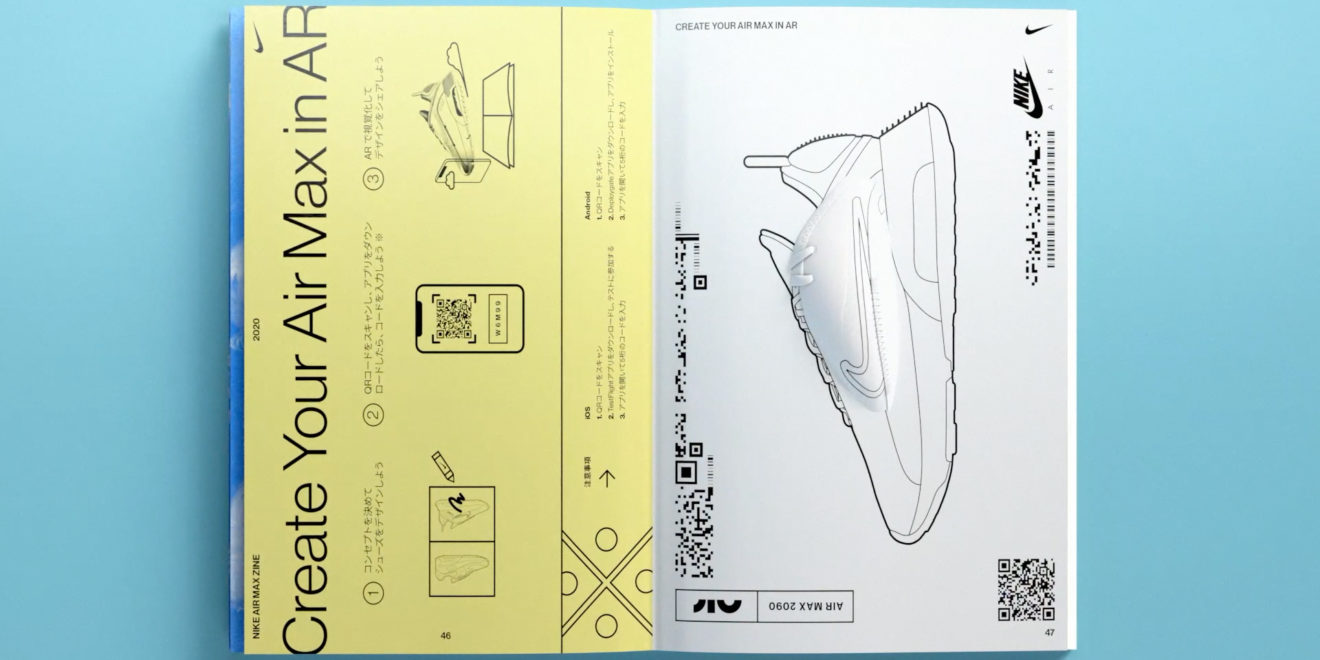 AKQA
Tim McDonell, group creative director at AKQA, which spearheaded the campaign, said the idea was born as a way to bring quarantined people together through a virtual collaboration.

“The best creativity is often born out of restriction,” McDonell said in an email. “Building a meaningful brand experience for a creative audience gave us the kindling to create something unprecedented. The combined skillsets of our Tokyo and Shanghai studios helped Nike to capture the essence of Air Max in a whole new way and turn this opportunity into reality.”

The effort follows another AR campaign for Nike Air Max in Brazil that prompted users to point their phones at shoe-shaped virtual clouds to unlock digital content in a play on the term cloud computing.

AR tech has proven to be a useful tool for marketers as they are forced to make creative use of virtual space amid Covid-19 quarantine measures. The Tribeca Film Festival, which has been largely shifted online due to lockdown restrictions, recently used a set of animated AR models to keep people engaged with the idea of filmmaking. And Snapchat used an AR filter to solicit donations for the United Nations early on in the pandemic.