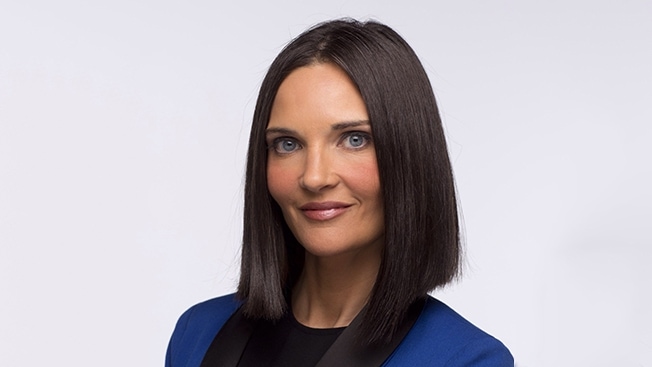 Lauren Crampsie was promoted to president and will also continue to act as global CMO for the agency. Ogilvy

Ogilvy has made major leadership changes for the New York and U.S. teams, including two new roles.

Former global CMO Lauren Crampsie was promoted to president of Ogilvy’s recently combined New York and New Jersey operations, which represent the largest client portfolio across the global network. Lou Aversano, who has served as U.S. CEO since 2017, is stepping into a role as chief client officer on a global basis. Global CEO John Seifert will take over Aversano’s previous role as interim CEO, and it is unclear if and when Ogilvy plans to seek a replacement.

Ogilvy declined to comment on plans for a U.S. CEO search.

“Throughout his career at Ogilvy, Lou has established a reputation for being among the best client service leaders in the industry. Lou has served many of Ogilvy’s most valued global clients throughout his career, including IBM, the company’s largest and most integrated global relationship,” Seifert said in a statement. “Lou’s greatest skill is as a client’s trusted advisor for complex brand and business challenges. Leveraging this expertise more broadly across our client portfolio globally will deliver more value for Ogilvy and our clients moving forward.”

In her new role, Crampsie will be tasked with driving all aspects of Ogilvy’s integrated business model, which includes brand strategy, advertising, PR and influence, customer engagement and commerce, digital transformation and partnerships, across the client portfolio of its New York and New Jersey operations. She will also continue to act as global CMO for the agency. Crampsie has also been instrumental in acting as a senior adviser to Seifert in Ogilvy’s rebrand and “One Ogilvy” business restructuring.

“Lauren has been a critical partner to me on all aspects of our ‘One Ogilvy’ transformation,” Seifert continued, calling her “essential to Ogilvy’s strategy for making our clients’ brands matter in today’s rapidly changing business environment.”

It is unclear why these promotions are occurring at this moment, as Ogilvy has not won any major pieces of new business in some time. The most recent such announcement included several wins such as The Washington Post, Poland Spring and Country Crock, each of which are relatively minor wins for a network the size of Ogilvy.

In an interview with Adweek about the new accounts, Aversano said his agency has “about $20 million in revenue to go” before it fully recovers from the 2017 loss of American Express to mcgarrybowen.

The leadership changes follow on the heels of a recent restructuring in February, the latest in a series of such moves for Ogilvy under Seifert’s leadership. It also follows the shuttering of Ogilvy’s creative department in Atlanta the following month and the arrival of Yashica Olden as worldwide executive director for diversity and inclusion last month.