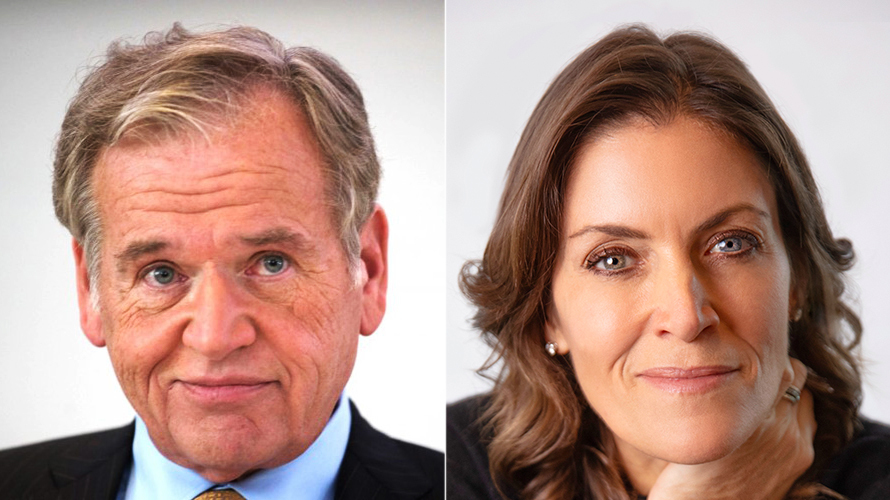 While much of Omnicom CEO John Wren’s first-quarter earnings call today was spent on the impact Covid-19 has had on the agency holding company, he raised some eyebrows when he took a break from financial updates to share his feelings about the departure of former DDB Worldwide CEO Wendy Clark.

“We were a bit shocked and put off when Wendy Clark decided that she was going to move on in the middle of a crisis,” he said, adding that DDB entered 2020 in a “difficult situation” due to several client losses. “But we were able to recover with no interruption at all because Chuck Brymer, who’d previously been the CEO, was with us and ready to step back in and has done a magnificent job irrespective of [the] behavior of his predecessor.”

“We were a bit shocked and put off when Wendy Clark decided that she was going to move on in the middle of a crisis."
—John Wren, CEO, Omnicom
Adweek has reached out to Clark for comment but has not yet received a response.

When Clark’s exit from DDB was announced earlier this month, she told Adweek the new role was the result of many months of outreach by Dentsu Aegis, which includes all of Dentsu’s operations outside of its home country of Japan. The move represents a jump in total staff size for Clark from about 10,000 at DDB to more than 42,000 at Dentsu Aegis.

After eight years on the client side at Coca-Cola, Clark joined DDB in 2016 as its North American CEO. In 2018, she was promoted to global CEO of the agency network. But two years into that expanded role, she announced she would be leaving to take the reins of Dentsu Aegis.

“This wasn’t a decision or judgment on DDB,” she told Adweek at the time. “It was something broader and interesting, that stretched me and pushed me on the next step of my journey.”

DDB’s “difficult situation” referred to by Wren was likely a reference to the loss of much of the McDonald’s account, for which Wieden + Kennedy New York was named lead creative agency in September 2019. State Farm had also shifted its creative away from DDB Chicago, though Omnicom retained the client via sister agency The Marketing Arm. Prior to that, DDB had seen some high-profile wins in Kroger, PlayStation and the U.S. Army.

The looming, lasting impact of Covid-19

While Wren’s comments about Clark definitely marked the most dramatic moment in today’s earnings call, the more substantive parts of the update hinted at severe economic implications to come as the repercussions of Covid-19 and widescale quarantine becomes clear.

Omnicom’s organic revenue grew slightly during the first quarter of 2020, but the holding company is preparing to take a hit next quarter due to the pandemic’s impact on clients.

On the call, Wren said Omnicom’s events and field marketing disciplines were “highly impacted” during the first quarter of this year because of the global shutdown. He said the postponement of the Olympics and other major sporting events has compounded these challenges.

“As stay-at-home orders and restrictions on travel and large gatherings took effect in March, our events businesses, as well as several of our field marketing businesses in the affected geographies, were in large part shut down,” he said.

‘Not all doom and gloom’

There were some bright spots in Wren’s updates: Omnicom’s healthcare practice experienced organic revenue growth of 9.6% in the first quarter of 2020, while its public relations discipline grew 0.2%.

“It’s not all doom and gloom,” Wren said during the call. “There are areas of our business, despite all the difficulty that’s out there, that are in fact growing.”

Wren said preliminary forecasts show that the second quarter of this year will likely prove to be “the most traumatic” because of the changes in client spending that are currently happening.

“Certainly we’re looking at a Q2 downfall, which certainly will be [in the] double digits,” he said. “I’m not prepared to discuss anything that happens beyond that in the year. It will depend on how quickly businesses reopen, from car dealerships to food franchises.”

Philip Angelastro, evp and chief financial officer, said that “the second quarter will bear the brunt of the decline in marketing spend” by clients as they continue to pull back.

While Wren didn’t go into much detail regarding the scale of furloughs and layoffs across Omnicom—which he announced in an internal memo last month—he said he’s not concerned over furloughed employees potentially being poached by competitors. In fact, he said Omnicom expects to hire “terribly talented” employees from other holding companies once the effects of the crisis begin to subside.

“I will be shocked if there’s any depletion in the talent in Omnicom,” he said.

As far as how Omnicom is making decisions regarding furloughs and staff reductions, Angelastro said the company is prioritizing keeping the “best people” rather than letting go of employees based on which client teams they work on. He said “underperformers” are first on the list to go in cases where cuts need to be made.

“We are certainly working through this and doing everything we can to keep those who we think are best,” Angelastro said.