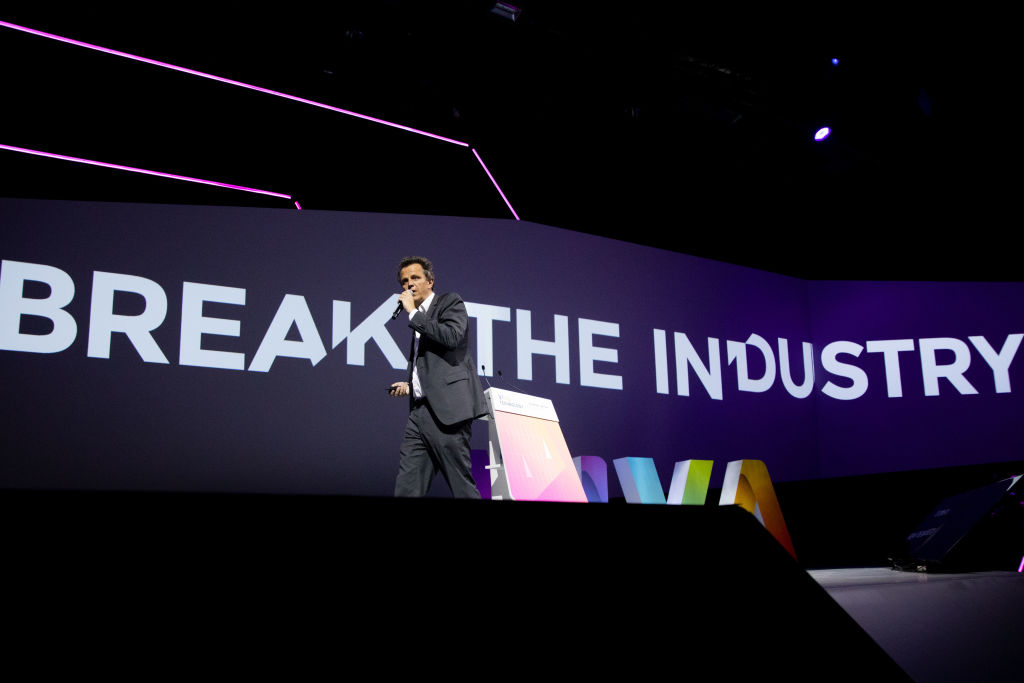 Will Publicis Groupe be present at this year’s Cannes Lions Festival of Creativity? That depends on who you ask.

Earlier this month, one of the festival’s newsletters welcomed Publicis back into the fold just under 12 months after the 80,000-strong network announced that it would be “eliminating all award/trade shows for the next year” in order to help fund its new internal platform Marcel.

Now the holding company wants to clear the air: Yes, at least 84 employees will be at Cannes this year, including nearly 50 executives attending meetings hosted “by their clients and by other industry partners;” Yes, some of those meetings will come at the group’s expense; And yes, 399 campaigns created by Publicis agencies will be up for awards. Perhaps most importantly, global leadership will present a beta version of Marcel on the main stage during the second day of the festival.

But according to a press release sent to trade publications last week, these facts do not contradict CEO Arthur Sadoun’s 2017 edict forbidding all his agencies around the world from attending paid industry events.

And for the record, Publicis is not officially participating in Cannes this year.

“I am delighted to welcome Arthur and his team to the festival as our guests to update the industry on our partnership on Marcel,” said CEO Duncan Painter of Cannes Lions parent company Ascential. He declined to comment further.

The purpose of this release was to resolve what has amounted to a yearlong messaging challenge for the world’s third largest advertising company.

“We did not anticipate at all such noise around [the announcement],” Sadoun told Adweek in an interview, acknowledging that the move was a “sacrifice” and that “there is no doubt we have not been ideal in internal communications [as] we didn’t think it would be a communications issue.” Beyond a few bumps in the road, however, Sadoun said he does not regret his company’s strategy, calling it “a very strong decision that had an effect on Cannes.”

The Cannes organization did indeed cut both the length and the costs of this year’s festival after sometimes-tense negotiations with all major holding groups. And Sadoun even went so far as to say that Publicis used all the “millions of dollars of earned media” unexpectedly created by the Cannes ban to help negotiate a deal with Marcel partner Microsoft.

One Publicis veteran described the pivot as “a brilliant, bold, disruptive move” from Sadoun, who hit the ground running at a legacy organization in desperate need of a refresh.

At the same time, this former executive—who was present when the Marcel news was announced last year—called the group’s execution “tone deaf.”

“They said they were building Marcel to enable creativity in our people, but, at the same time, they removed the thing most creatives cared most about: awards. They developed no guidelines or definitions on what would or would not be acceptable,” the individual said.

While Publicis did introduce its own C-suite to Marcel the week before the news went live, the executive teams at its global “solution hubs” were left to handle internal matters on their own.

“Not everyone opened the mail, and not everyone understood,” said Sadoun. The news took many by surprise and, according to the aforementioned executive, those left in the lurch included both Publicis creative leaders and the CMOs at some of its largest clients.

But that’s all water under the digital bridge.

Sticking to the script

“I was incredibly skeptical [of Marcel] from an outsider’s point of view. … It’s not surprising that people were confused,” said Publicis global CCO Nick Law, who was convinced only when he saw the platform in action and described it as “something that shouldn’t be as controversial as it is.”

While Publicis will officially use Cannes to further promote Marcel, Sadoun said the initial decision had nothing to do with this or any other festival. He also said the fact that so much of his own agencies’ work will be up for awards next week contradicts a popular narrative about the erosion of trust between agencies and marketers. The press release itself said Publicis “has kept to its own strict rules concerning awards submissions” because all related costs were borne by clients like P&G, which confirmed to Adweek in April that it would be submitting 15 unnamed campaigns (one of which is almost certainly Saatchi & Saatchi’s acclaimed Super Bowl effort “It’s a Tide Ad”).

Sadoun said that, when he first announced the Marcel plan, he told agency leaders that “there will be no work that deserves to go to Cannes that won’t go to Cannes because of this decision” and that Publicis, in collaboration with its clients, has now found a way to make that happen.

“I know I speak for the entire Groupe when I say we’re extremely grateful to them for their incredible partnership,” read his quote from the release.

The entire strategy ultimately proved more flexible than first advertised. For example, Publicis made exceptions to an initial promise to avoid all paid industry events by sending employees to both CES and The 3 Percent Conference this year. As the former executive put it, “There was lots of of confusion on what is a self-promotional event versus the ones we can invest in.”

Some confusion remains even today, according to one mid-level copywriter at a prominent Publicis agency who told Adweek, “It was my understanding that the infamous ban was about to be lifted and that we would be submitting [to Cannes].”

This creative said he wasn’t particularly upset by the announcement last year because “while trophies matter … great work is the true prize.” He did, however, add a caveat: “If I were in a different stage in my career, I might feel differently.”

The head of communications for a major creative agency also said the yearlong Cannes-Marcel storyline has led many in that organization to question the true value of awards shows more than ever before.

On that front, they’re hardly alone.