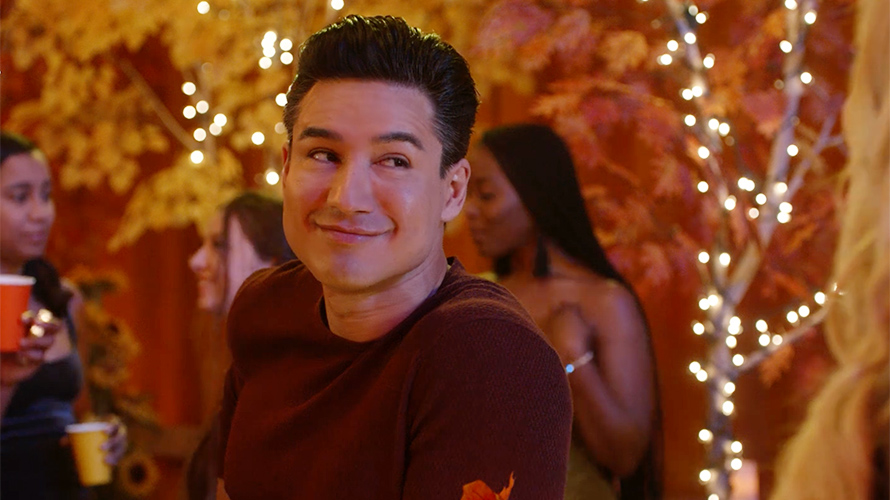 Mario Lopez is reprising his role as A.C. Slater in the upcoming Saved By The Bell revival on Peacock. - Credit by Peacock

Some of Peacock’s most anticipated upcoming shows, including Saved By The Bell, Punky Brewster and Battlestar Galactica, revisit beloved television series that aired on NBCUniversal’s airwaves more than a decade ago. And while Saved by the Bell will feature plenty of Easter eggs for fans of the original series, the upcoming series hopes to look and sound very different from the original.

“It’s less of a reboot, and more of a re-imagining,” said show creator Tracey Wigfield at today’s CTAM’s virtual press tour, a partial replacement for the annual Television Critics Association’s summer press tour that was canceled this year due to the pandemic. “This is a single-camera edgier comedy that I think will be exciting for people who were fans of the original. But if you never saw the show, it’s just a funny show about high school set in 2020.”

The reimagined Saved By The Bell won’t have a laugh track, live audience, a multicamera format or other trappings of classic sitcoms like the original series. Instead, it will look and sound more like other single-camera comedies that Wigfield has written for, including 30 Rock and Great News. It will follow a group of students who, after their high schools are closed, are sent to Bayside High School in California, and will explore more perspectives and experiences than the originals. Josie Totah, an actress and trans activist who starred in NBC’s Champions, is starring in a lead role as Lexi, the most popular girl in school.

It will also include some major odes to the original sitcom, which aired on NBC from 1989 through 1993. Most notably, Elizabeth Berkley Lauren and Mario Lopez are reprising their roles in the revival, but Wigfield and her writer’s room re-watched the entire series as they wrote the new series, noting what themes they wanted to replicate and which ones they might want to riff on in their own scripts. (One note: treat the nerds in school more nicely this time around.)

The new members of the cast also got together and watched episodes, said Dexter Darden, who will star as Devante in the new series.

“The meaning of the show and the love that people have for it is so palpable,” Lauren said. “What better time to bring something back that means so much to so many people but also introduce it to a whole new audience.”

While Saved By The Bell doesn’t have a set premiere date—production of the series was shut down when the Covid-19 pandemic shuttered most television production, limiting Peacock’s originals slate for its July launch—there are other comedies coming to the new streamer sooner. Season 3 of comedy A.P. Bio, which ran on NBC for its first two seasons, will land on the service on Sept. 3.

That series, completed before shutdowns began, won’t include and pandemic-related plot lines—but O’Brien said there almost was one inadvertently written into the show.

“There was a recurring pitch from the writers long before we thought pandemics were going to be a thing of a weird, vague sickness comes across the school called lake flu, and I kept shooting it down,” O’Brien said during a panel for the upcoming season. “I think it’s good we didn’t do it because of all the death … It would have been bleak.”

The streaming service is also prepping Rutherford Falls, a comedy that follows The Office’s Ed Helms as Nathan Rutherford in a small upstate New York town bordering a Native American reservation as he fights the removal of a statue depicting his relative. The series was developed before recent controversy about the removal of historical statues, but executive producer Mike Schur said the comedy is aimed at exploring themes of history and reckoning with the past.