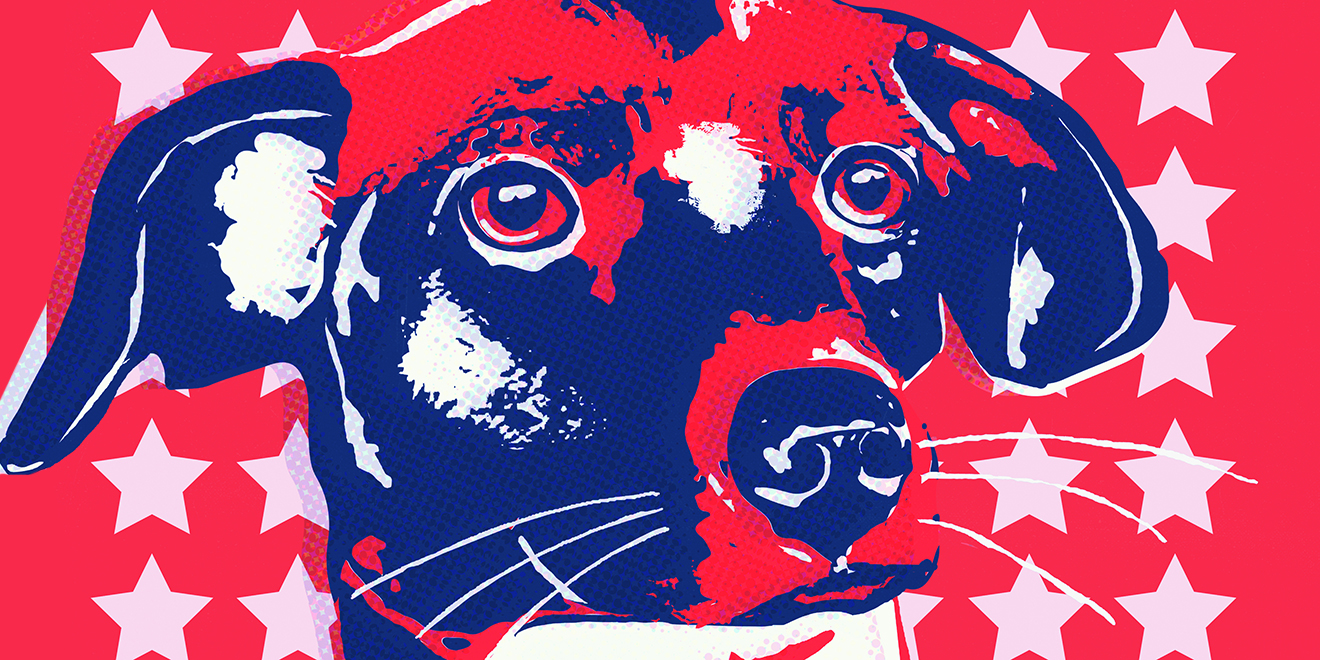 PETA wants President Donald Trump to stop grabbing women by the “wherever” and pick up an adorable puppy instead.

“Grab a Puppy Before It’s Too Late,” the animal welfare group’s latest campaign created by cross-cultural agency The Community, looks to entice the president into adopting a dog by playing on what may be his most infamous quote.

Several media outlets have reported on Trump’s decision to break from a longstanding tradition of owning a pet in the White House. According to CNN, the custom dates back to Thomas Jefferson, who kept a mockingbird and some bear cubs. Among the more exotic pets are John Quincy Adams’s alligator and James Buchanan’s herd of elephants.

As 2018 laws do not permit Trump to adopt an elephant, PETA suggests a dog. PETA points out in a statement Andrew Johnson was the last known president without a furry friend … and, remember, he was impeached.

“Dogs don’t care if you’re a Republican, a Democrat or neither—they just want a good home,” PETA president Ingrid Newkirk said in a statement. “And the White House could be as good a home as any.”

The effort is comprised of presidential campaign-style posters that will run in print and online this week to coincide with National Adopt a Shelter Pet Day, which took place on April 30. The effort is also being supported on social media with the hashtag #GrabAPuppy.

Later this month, PETA will also distribute out-of-home ads mirroring the print posters for the campaign.

The organization said they hope this effort will inspire Trump to adopt “one of the 2,100 dogs currently waiting in animal shelters in the D.C. area—and that other Americans will adopt some of the millions more in shelters across the nation who long for a guardian to throw them a stick or take them out for a walk.” 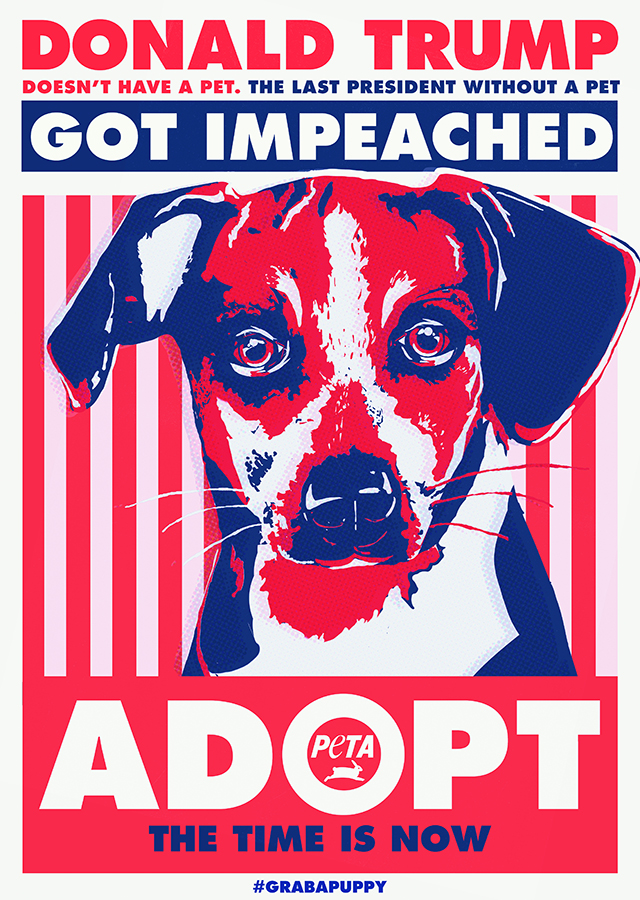 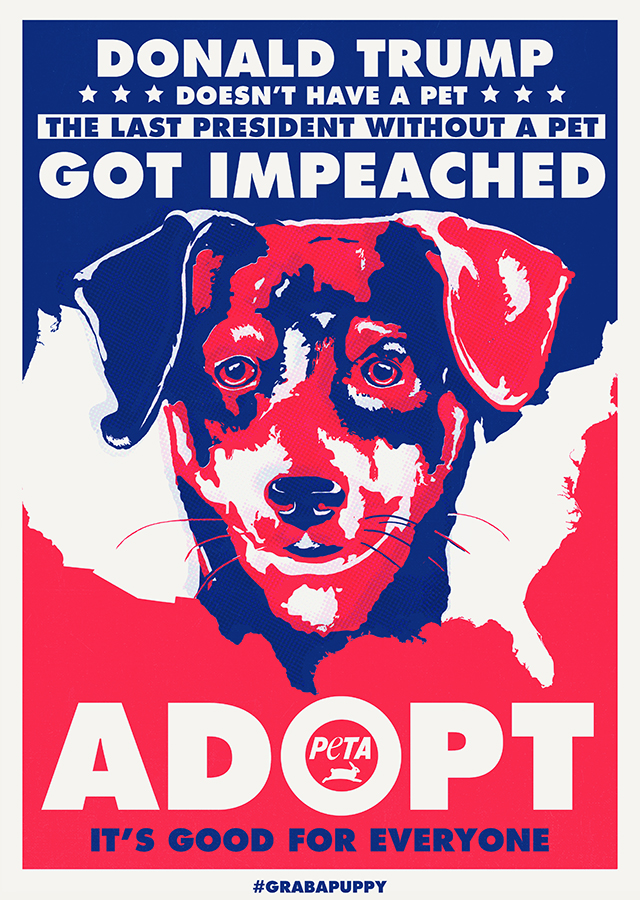 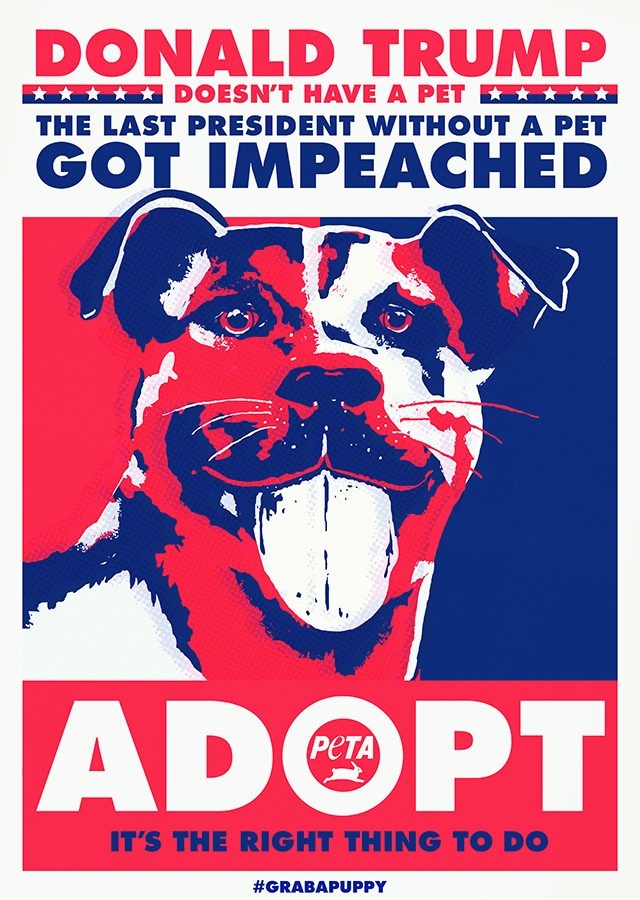