'It takes a while to implement these things' 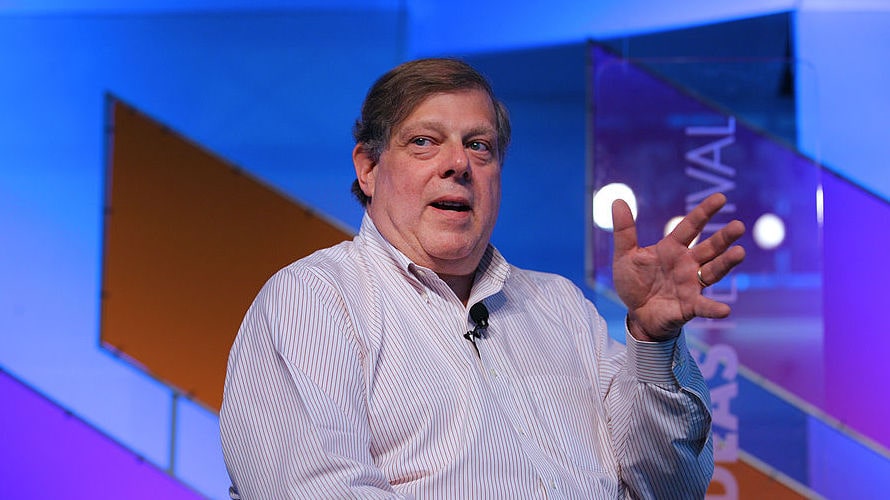 This week, MDC Partners finally ended its long-running search for a new leader when Mark Penn’s Stagwell Group confirmed that it would spend $100 million to buy just under 30 percent of the holding group.

The day after his new role became official, Adweek spoke to Penn about his plans to partner the two portfolios, manage the many disparate properties within and address the financial challenges that took MDC’s stock price from $22 to $2.32 in less than two years.

Adweek: Why do you feel that now is the time to invest in advertising agencies, given recent changes in the industry?
Mark Penn: People have gotten a little bit over their skis in terms of declaring that advertising agencies are dead. The big holding companies from a generation earlier than MDC have a lot more legacy properties, and they hit a slowdown of growth in television media while digital media continues to grow at double digits. I think, in reality, the assets that MDC has were being undervalued, because top level creativity, even if it’s going to be bought in more efficient units, is still going to be the most highly prized asset.

"The holding companies are either going to look at the center as an asset that can be really helpful or as ... a bureaucratic nightmare."

I think that, by balancing out the weight across pure creativity and media and other services, it’s actually a growing industry that’s being masked by the fact that some of the segments and some of the services are shrinking.

Stagwell has been acquiring smaller agencies across the country for several years. Do you plan to approach the new investment in the same way? How will the two portfolios work together?
They are mid-size agencies with growth potential who handled A-list clients and achieved 18 percent organic growth last year. They’re highly complementary [with MDC] because they don’t have the kind of large scale, top-tier relationships that MDC has.

We want to bring some of the good metrics we’ve achieved with Stagwell and with my experience running agencies; that’s where I think there’s room for improvement in terms of financial performance. But when you look at the two sets [of companies], hopefully they will find value in each other. At Stagwell I’ve been able to foster that kind of culture, and I found at WPP it was sorely lacking. So I hope to expand the level of cooperation and collaboration within the agencies in MDC.

Could you elaborate on that comment about a lack of collaboration at WPP?
Yes, we generally viewed the other agencies as sharp-elbowed competitors.

How will your experience as a political consultant and client-side executive inform your new role at MDC?
I think that my experience is across business, starting as a founder and growing a significant agency [Burson-Marsteller], then managing large assets. It’s also actual professional experience and polling and messaging, you know, creating things like “soccer moms” or, in advertising, creating some rather memorable campaigns. I hope to bring to bear those twin aspects of my experience.

The holding companies are either going to look at the center as an asset that can be really helpful or as a drag, a hindrance and a bureaucratic nightmare. I’m hoping that we can be of the asset and the help side of that rather sharp divide.

Did you meet with most of the heads of MDC’s agencies before you agreed to this deal?
I have met a number of them through my professional experience, but if we’d held a series of meetings like that, I don’t think the story would have held as long as it did.

Several would-be MDC bidders dropped out in the final weeks. Why did you persist?
I think we found a win-win formula. There were a lot of formulas that would have put the company at more, rather than less, peril. I bring $100 million to improve the balance sheet, leadership that I hope can give confidence to the partners and the agencies, and I’ve developed a plan that I’m going to be able to take to them. By the next quarter, I think we’ll be revealing more about that plan.

MDC is more than $1 billion in debt. How will you address that?
Well, out of the gate, the investment drops the debt level half a turn. We’re going to be pressing to get it below four over time here. I think that we do have room for investment and we do have capabilities for that, but I look at the debt ratio and say that one of my jobs is to continue to move that down.

"People are out there saying, I love MDC agencies, but I’m not sure what’s going to happen to them. I think we’re going to calm that down."

On that note, some say the reason WPP has struggled over the past couple of years is an overemphasis on cost-cutting.
You’ve got to look at these businesses and say, OK, are we as efficient as we need to be? Is the comp to revenue ratio and the real estate expenditure reasonable? And are we taking advantage of the overall scale of MDC to get really excellent rates, or have all the companies individually bid on their own so that they’re not really getting the advantage of scale even in IT or IT backbone? There are potentially millions in savings even in something so pedestrian.

The idea isn’t cost-cutting for cost-cutting’s sake, it’s cost-cutting consistent with higher quality and better talent, and putting the money where the greatest return is. Back when I ran Burson, I nearly tripled the bottom line in three or four years there.

How should MDC employees around the world who are wondering about the status of their jobs read that?
The core element here is how we achieve growth consistent with savings. Again, if you go back to the Stagwell experience, we have cost metrics in line, but we also have growth at 18 percent, so net net, that’s good for employees.

What’s your opinion of the MDC Partners culture, and how will you manage it moving forward?
They have great collaborative cultures. I think part of the dynamic of every agency has its own special culture just as MDC has a history and culture, and I think we’re reviving and enlivening the vision and culture rather than making a sharp detour.

What I try to do is create a culture of collaboration where they realize they’re not just isolated islands sending in spreadsheets. That means bringing them together around common projects where they can be successful.

MDC confirmed the sale of Kingsdale today. Do you plan on keeping all the agencies in the portfolio?
I think it’s too early to give you any kind of comment. That was not really part of the strategic plan at the moment.


"I look at the debt ratio and say that one of my jobs is to continue to move that down."

What’s your strategy on bringing in new business, which is arguably the biggest challenge for agencies?
I met with many of the new business leaders already, and they actually have a very effective operation across clients. I’m going to work with them as an additional asset to help to help bring in clients based on my experience.

People are out there saying, I love MDC and I love MDC agencies, but I’m not sure what’s going to happen to them. I think we’re going to calm that down.

Some investors say the fact that you purchased the shares at a premium makes them happy. How are you so confident that growth will come within a given window?
What makes me confident is my 40 years of experience in the industry and with agencies. Look, it takes a while to implement these things. I tend to operate on a shorter time frame than most, so you ought to see, a year from now, that a plan’s been implemented or is in progress, and you ought to see, two years from now, some really significant overall changes.

Describe your biggest challenge now running MDC.
I think achieving fast, strategic clarity for everybody is the best thing that I can do, so the biggest challenge would be failing to achieve that. There are many different plans that could work, but not having a plan and not having leadership is the worst thing because it creates drift.