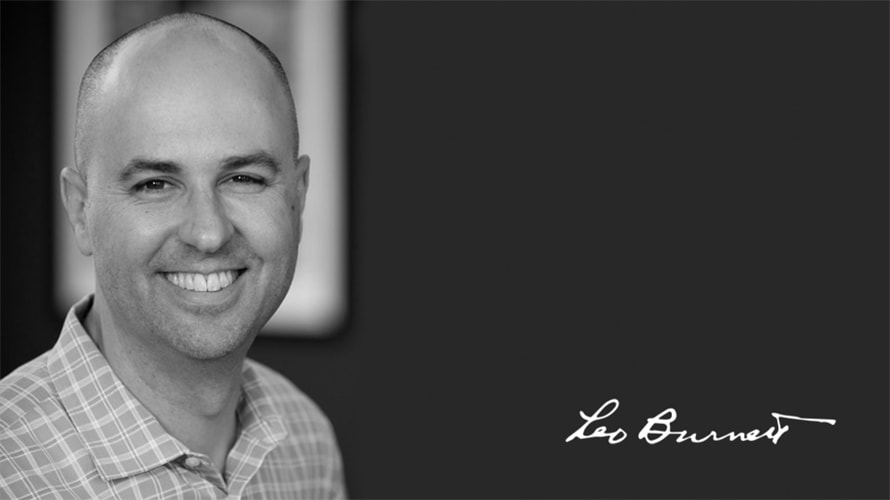 One of the prevailing themes at the ANA Masters of Marketing conference in Orlando, Fla., last week was how brands can use data to inform their creative and messaging. From the agency perspective, Leo Burnett CEO Andrew Swinand explained how his network of agencies takes a human-first approach to tackling this issue.

“We are really doubling down on our competitive advantages of knowing people better than anyone,” Swinand said. “Using behavior analytics, we look at 3.5 billion searches a day to find out what people want.”

Swinand said Leo Burnett uses data and its creativity to solve clients’ problems, adding that those solutions aren’t always an ad. For example, Rice Krispies wanted to create a stronger connection with consumers. Using search data, Leo Burnett found that the treat is associated with two things: lunchtime snacks and love notes. Leo Burnett’s solution? Change the packaging to include a white space that allows parents to write a lunch note to their children. Ultimately, the agency made an ad conveying the new packaging, but the original solution was to update the packaging.

Swinand boasted that Leo Burnett has been at the top of YouTube’s leaderboard for the past year and a half, doubling any other agency in views. He credits having Google employees based in his office for “working with creatives to inform the content.”

Adweek: Leo Burnett has bucked the trend of agencies opening their own production studies or expanding capabilities. What’s behind that decision?
Andrew Swinand: From my perspective, the challenge for the creative agency is how do I maintain to do beautiful, high-quality production and to tell stories that change culture and create emotional connection and yet, at the same time, be able to embrace data and analytics to understand people better than anyone in the world to do personalization at scale and produce volumes of efficient content? Part of the move that Publicis Group is making is to actually look at how we consolidate production and therefore gain efficiencies. How do we actually look at different tier models of production while recognizing that there are clients who need really high-quality, movie-quality production? But then there are clients who will want to produce 100 videos for $5,000 or less. We need to strategically invest in both.

Has consolidation led to a loss of revenue? If so, how do you replace it?
Swinand: At Publicis with the Power of One, we’re basically looking at group-related revenue, so the answer is no. In the same respect, if you think about revenue in individual entities, that’s becoming much more fluid, and that’s actually a really good thing. If I’m a client, I want the best creative solutions. I want my agency partner to access whatever is the best solution within the group. What [Publicis CEO] Arthur [Sadoun] has done, which I think is a brilliant solution, is made it so that you’re rewarded for sharing.

You’ve talked about integrating data into your creative. What’s an example where you think you’ve successfully done that?
Swinand: Firestone. We partnered with Google so that we have Google employees sitting in our office, and they were able to identify behavioral triggers. The idea is nobody cares about tires until you care a lot. How do you use behavioral triggers to identify when someone is ready to enter the market? We used 3.5 billion searches of data to identify who was interested in new tires and then communicate with them on a one-to-one basis. On one production shoot, we were able to capture thousands of assets, so we were able to produce some 200-odd video executions.

What do you do to make sure if brands come to you asking to help them take a stand on an issue that the brand comes off authentic and the execution is effective?
Swinand: In the spirit of what helps people, helps business, it has to be what human problem do you solve? A lot of times brands basically pick a purpose that directly links to its product but doesn’t solve a human problem. Where most people get it wrong is there is the role of the brand, which needs to play an integral role in solving that problem. The problem is brands pick an issue and it has nothing to do with the brand or product. It’s adjacent or a borrowed interest.

Armstrong: You see it when you view an ad and at the end, you ask, ‘What does the brand have to do with that?’ That’s when it’s gone horribly wrong.

What’s an example of brand purpose that you made work?
Swinand: Our global work for Samsung. The human problem they solve is helping people defy barriers through technology. The work that came out of it is “Do what you can’t.” Technology is an enabler. Human problems that are solved through your product are equally as noble.

What was your reaction to the Colin Kaepernick ad?
Swinand: I respect it. It was bold, and it took a point of view. Nike took a stance, and I respect the fact that they were able to do that.

Did Nike surprise you with that ad?
Swinand: Not at all. It’s recognizing the pulse and spirit of people taking a stance. For me, it was an obvious solution for what the brand represents.

Armstrong: Nike has a sense of brand confidence and knows its audience so well. Whether you agree politically is almost irrelevant. That focus is polarizing. They have a purpose that they stick to.

What are clients asking you these days?
Armstrong: Oftentimes, when clients ask about a problem, there’s often a bigger problem beneath the surface. We go deeper with data, and the problem may be something else.

What’s an example?
Swinand: Country Time Lemonade. The brief wasn’t tied to a social cause. It was “help us sell more.” The insight was looking at social and the world and being a sponge to culture. The problem you need to solve is lemonade stands being shut down, which directly impacts your business and not “we have more lemon flavor.” They only had a couple hundred thousand dollars to spend, so the solution was Country Time Legal-Ade, which led to millions of views.

What makes a client toxic?
Swinand: I’ll change this to a positive. Clients who are better partners with their agencies get better work. Agencies working in a vacuum never produce great work. As a client you’re living your brand 24/7, so we want them in the room with us. When you distance yourself from the work and throw things over the fence, you never get great work. If you jump from agency to agency throwing briefs out there, you’ll never get great work. Ideas are an evolution.