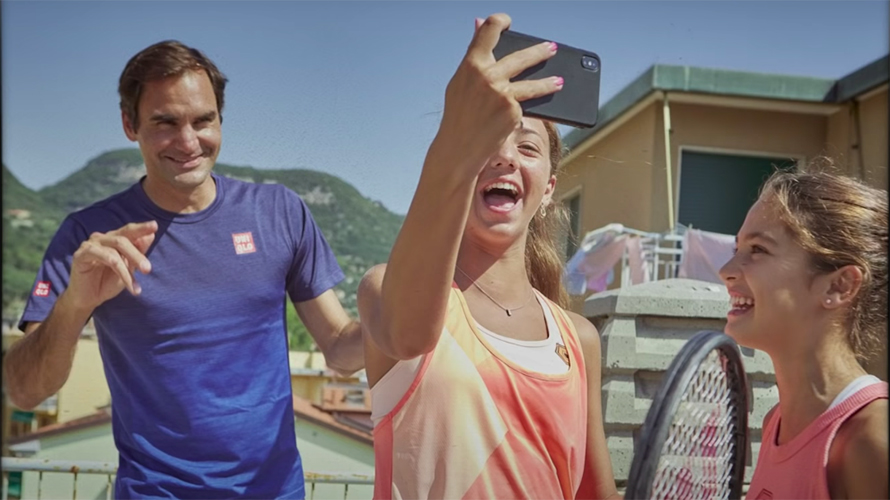 Italian schoolgirls Vittoria Oliveri and Carola Pessina found a way to keep themselves entertained during lockdown: The friends and neighbors played tennis together from atop their respective rooftops.

The video has been viewed millions of times and was even featured in Nike’s popular split-screen ad, “You Can’t Stop Us.”

Inspired by the popularity of the girls’ socially distant match, agency We Are Social Milan came up with a campaign idea for client Barilla pasta when it learned the duo were huge fans of tennis champion Roger Federer.

The agency and brand had the tennis megastar make a surprise visit for a rooftop game after lockdown in the country lifted–and, as you might expect from branded content, they enjoyed a bowl of pasta together after the match.

The resulting 4-minute film, “The Rooftop Match with Roger Federer,” shows the two girls on the rooftop taking part in what they think is a media interview about their viral fame.

But to their surprise and delight, Federer appears and challenges them to play a match with him before they all sit down for lunch, in keeping with the brand’s message that “pasta brings people together.”

“Personally, for me, it was a special moment in my career as a tennis player, to surprise fans like I have been able to do with Carola and Vittoria,” Roger Federer said in the video.

Luca Barilla, vp of Barilla Group, added: “Roger is like this: he is a man, a father, an extraordinary athlete that, when you meet him, he widens your eyes with amazement for his humanity and ‘lightness’ in the way he behaves, as well as for the smile that never fades on his face. We are honored to have him by our side.”