Ron Anderson, Creative Director Behind ‘Pork. The Other White Meat,’ Dies at 82

He was affectionately known as the 'godfather of Minneapolis advertising' 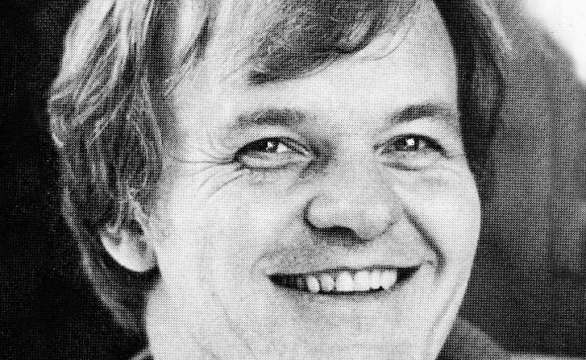 The Twin Cities agency scene mourned the passing of a giant earlier this month when creative director Rolland “Ron” Anderson, a titan of an earlier era in advertising, died at the age of 82.

Anderson spent roughly five decades in the ad industry and helped shape agencies both within and beyond his Minnesota home base, including Fallon, Martin Williams, Carmichael Lynch, Colle-McVoy, Campbell-Mithun and Bozell. At the peak of his career, he served as president of the latter shop’s Minnesota office and worked as its global creative director in New York.

Anderson, who was known as the “godfather of Minneapolis advertising,” worked on a wide variety of campaigns throughout his career but may be best known for “Advantage: Chrysler,” which followed Lee Iacocca’s famous late ’80s rants against imported automobiles, and for the National Pork Board’s classic anti-beef pitch, “Pork. The Other White Meat.”

Since Anderson’s death, industry leaders have shared their remembrances of the man to whom former Bozell creative director David Wojdyla dedicated an entire blog.

“Ron was always warm, friendly, down to earth,” said former Bozell copywriter Lisa Brandriff, who played a formative role on the classic “Milk Mustache” campaign. “He didn’t wear his power around the office like some smaller men do.”

Onetime Bozell creative director Kurt Tausche compared him to legendary football coach Vince Lombardi, saying, “Sure, they won lots of championships. But the players remember him because he helped them be their best in football and in life. That’s how I will always look at Ron.”

In a Facebook post, longtime copywriter Colin Corcoran described Anderson as “the original founder of this city’s creative circle.”

“I am well under 50, but have read—and heard his name mentioned—more than anyone else,” Corcoran wrote. “No Ron, no Tom. No Tom, no Fallon. No Fallon, no national/international recognition as a premier advertising market. Thank you Ron for teaching most of the people who taught me the most.”

Anderson was born in Park River, N.D., in 1936 and went on to earn a Bachelor of Fine Arts from Wichita State University in 1958 before entering the ad industry as an art director at Knox Reeves in Minneapolis and eventually working his way up to the global gig at Bozell in New York.

According to a local obituary, Anderson is survived by his wife, Charlotte, their three children and two grandchildren as well as members of his extended family.