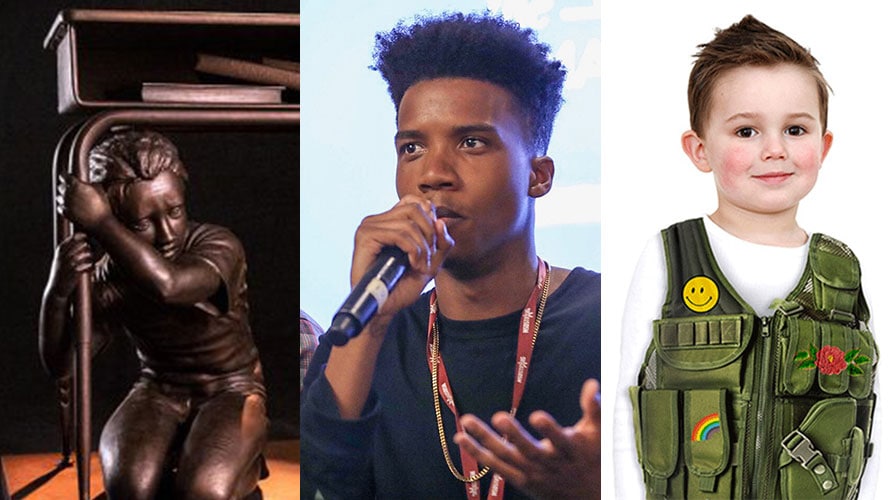 Back in April, students from Marjory Stoneman Douglas High School in Parkland, Fla. appeared at the 4A’s Accelerate conference in Miami to ask the advertising industry for help in advancing their message of gun law reform.

A crowd that included notable industry leaders stood in awe of the students at the panel as they outlined their goals for the year. One large concern was that the issue would fade from the conversation as 2018’s rapid news cycle washed it away with waves of incendiary headlines. While the event clearly had an emotional impact on these executives, the question remained as to whether anyone would truly answer the students’ call for assistance.

Ultimately, a series of initiatives produced by both agencies and creatives acting independently showed that their appearance did indeed spur action.

Several attendees represented Change The Ref, a group formed by Manuel and Patricia Oliver, parents of Marjory Stoneman Douglas High School shooting victim Joaquin Oliver. That organization became one of the first to launch a campaign, partnering with FCB Health Network’s Area 23 later in the month on a Posts Into Letters initiative which transforms social media posts into letters to Congress written in Joaquin’s handwriting.

Over the course of the year, Change The Ref continued to be one of the most consistent and vocal proponents of the gun reform movement.

The group followed Posts Into Letters with “The Last Lockdown,” a 3D-printed sculpture created in collaboration with a group of Texas creatives and the Giffords organization. The statue of a girl hiding under her desk, unveiled at a series of voter registration rallies on Sept. 15, accompanied by a series of five short films, communicated the realities of routine lockdowns for students across the country. 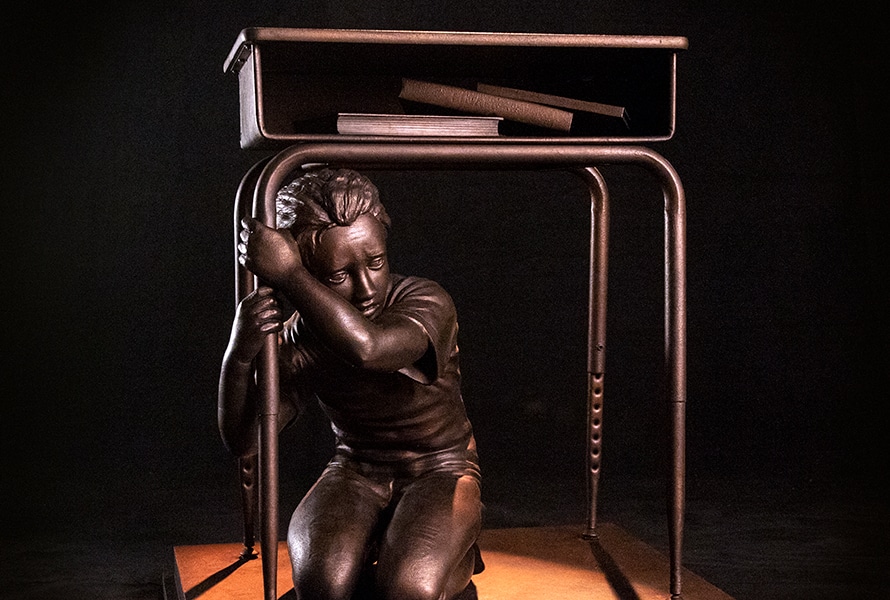 A little over a month later, Change The Ref collaborated with multicultural agency Alma for “Guac is Back,” a campaign centered around a 3D-printed likeness of Joaquin Oliver to draw attention to the issue of 3D-printed guns. Change The Ref and Alma unveiled the statue in Times Square. 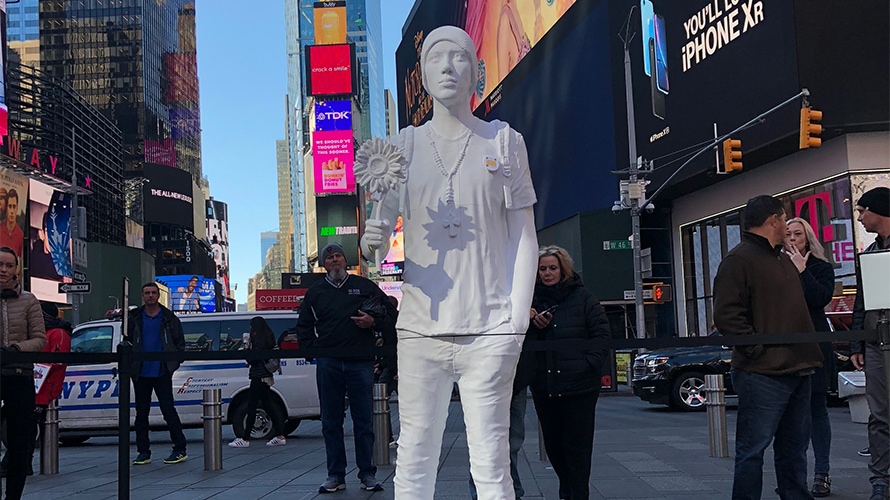 The initiative also includes an emotional video of Manuel Oliver explaining that the family fled gun violence in Venezuela to immigrate to the U.S.

In early November, the group teamed up with Fight Gunfire With Fire, a creative force founded earlier this year by MullenLowe and The One Club for Creativity, to transform State Street’s iconic Fearless Girl into “#FearfulGirl,” tweeting an image of the statue along with the message, “She can’t be fearless if she’s afraid to go to school.”

“I have a lot of respect for creative people,” Manuel Oliver explained, adding that he and Patricia are “open to finding these new ways of fighting for our cause.”

Fight Gunfire With Fire co-chairman Mark Wenneker expressed a mixed view of the industry’s actions on gun reform at the time. He told Adweek that, while many had asked how to help, “there are a lot of agencies and clients that don’t want to touch this subject.”

“We’ve gone to some corporations … and they wouldn’t have anything to do with it,” he added.

Even with the rise of cause-driven marketing, many clients appear to reluctant to voice support for gun control, with some notable exceptions like Dick’s Sporting Goods, which stopped selling assault-style rifles in the aftermath of the February shooting.

Change The Ref wasn’t the only group to work with creatives in addressing the matter.

Shortly before the 4A’s Accelerate conference, a group of agency employees created the website Bulletproofjunior.com, purportedly selling bulletproof vests in sizes intended for toddlers, children and teens. BBH Los Angeles collaborated with students on an Instagram coloring book for March For Our Lives which also preceded the 4A’s panel.

McCann New York’s “Price On Our Lives” campaign calculated the amount of money politicians took from NRA lobbyists per student in Florida and put the total on a price tag worn by students at the March For Our Lives event, went on to win the Grand Prix for responsibility at the Epica Awards. The agency followed up the effort with an October music video featuring Kesha, her brother Sage Sebert and rapper Chika, which plays on loop to demonstrate the cycle of gun violence. It was created for March For Our Lives and released to promote voting in the midterm elections.