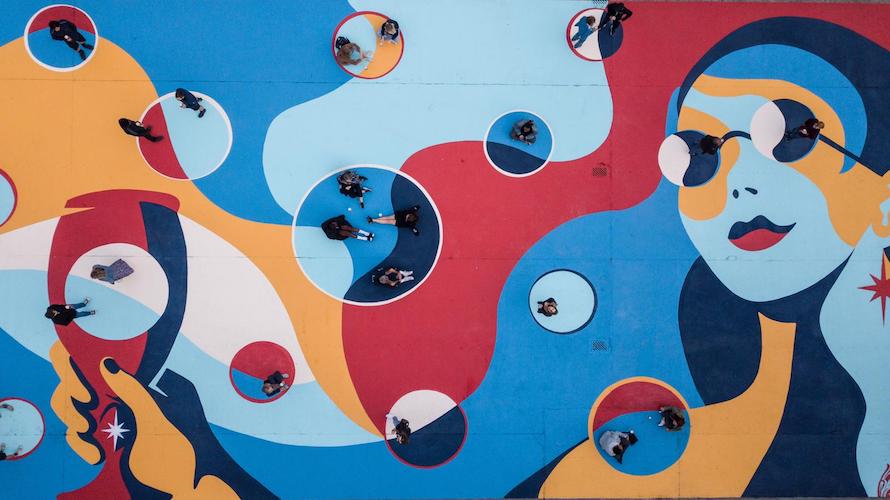 The 28 x 14-meter artwork at the heart of London cleverly helps friends to social distance. - Credit by Stella Artois

Pubs in England were allowed to reopen this weekend for the first time since lockdown was enacted in mid-March. As a result of relaxed licensing laws, which enable pubs and restaurants to sell food and drinks to take away, many people are eating and drinking al fresco. 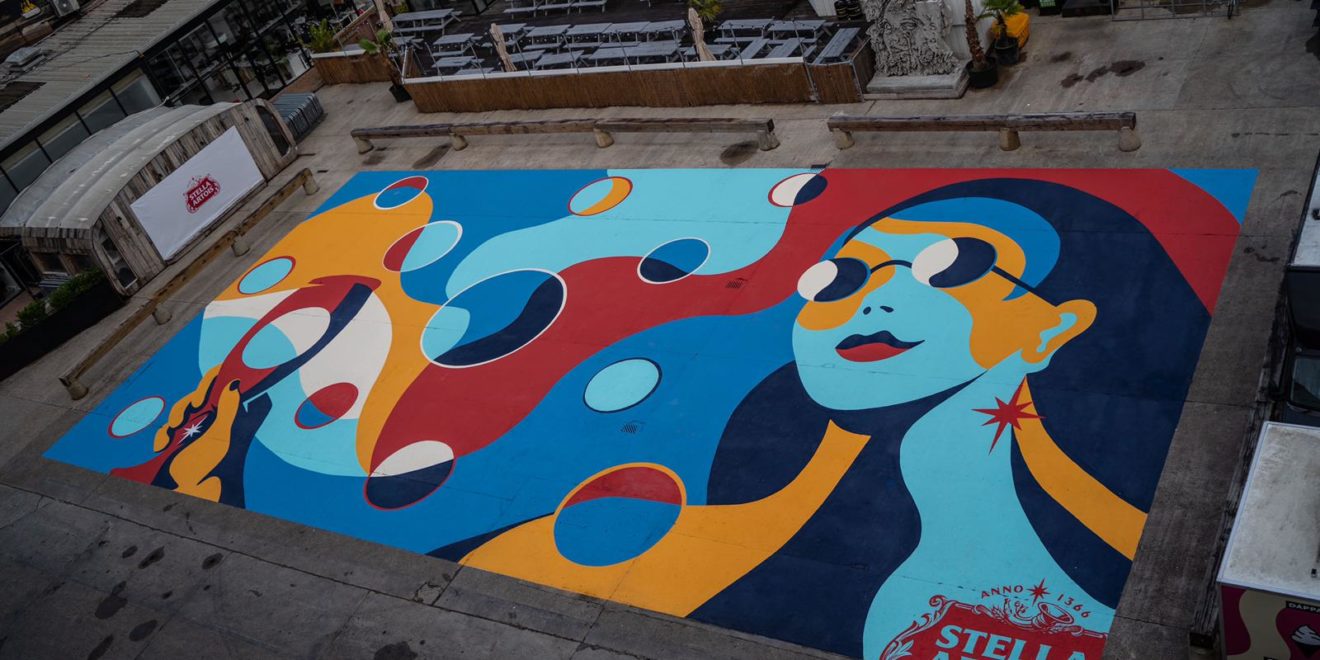 The artwork, which appears on the pavement outside the Truman Brewery, features a combination of circles and flowing lines with bright, contrasting colors that depict a woman toasting with a beer.

People can sit in the circles and be distanced from one another, without physical barriers. 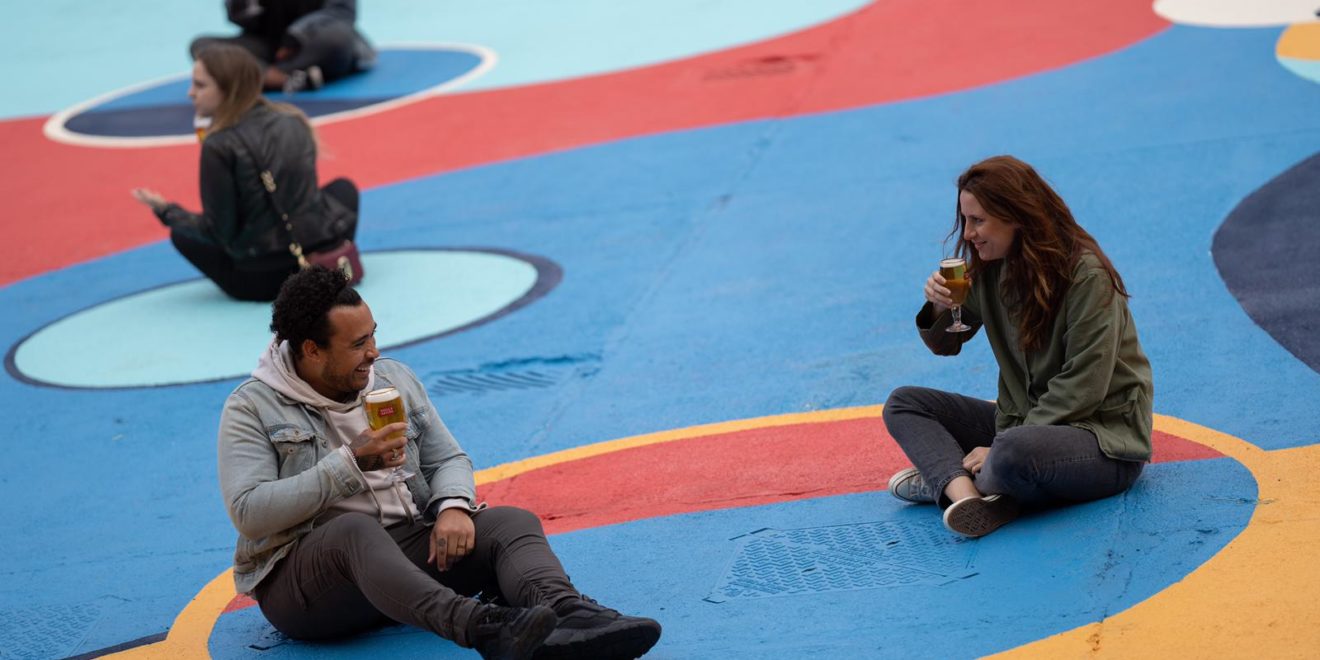 It was created by Mother in London and Studio Number One, the studio founded by street artist Shepard Fairey.

“With galleries and exhibitions closing their doors during lockdown, people have been unable to experience and appreciate art in the usual ways,” he said. “My team collaborated with Stella Artois to create socially distanced art to be publicly accessible, but also to facilitate safety as people reunite.”

Ali Humphrey, marketing director for Stella Artois Europe, added: “Social distancing doesn’t need to be antisocial for it to be safe.

“We’re using art to bring people together, safely, rather than using barriers to keep them apart. Using street art, we can make sure this moment we come together again is still one we can savor.”