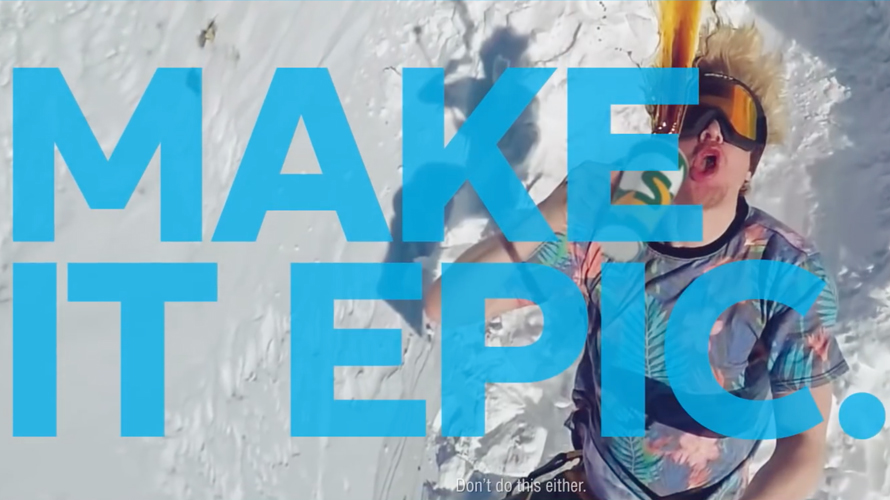 The chain once boasted of 37 million potential sandwich varieties. Subway

Subway’s reintroduction to the public doesn’t include any company backstory like its previous campaign. It doesn’t mention five dollar footlongs or reference vegetables. And of course, longtime spokesperson Jared Fogle is nowhere to be seen.

Instead, the minute-long anthem spot debuting today during the Olympics focuses on variety, the so-called spice of life. A series of fast-paced vignettes positions Subway as all things to all people—especially those young in both body and mind.

“We feel like we’ve lost an emotional connection to our consumers,” said Chris Carroll, Subway’s chief advertising officer. “The fundamental pillars of our brand are health, value and indulgence. That’s never changed, it’s what we’ve done for 50 years. What we need to do is tell that story [better].”

Carroll said the new campaign “does what the brand really needs.”

Regarding the brief, Cimmino said, “[Subway CMO] Joe Tripodi told us, ‘We don’t stand for anything. We don’t have a heart.’ As a creative that’s a great challenge.”

Carroll said he asked agencies competing in its review last year to develop “an epic idea … something we can rally behind.”

The Dentsu team rose to the challenge, creating a patchwork of clips touching on a range of lifestyles from outdoor activities and extreme sports to modern animation, millennial parenting and more. This all feeds into Subway’s message: no matter what your taste, we’ve got something for you. In a 2012 press release, the chain boasted of 37 million potential sandwich variations based on ingredients available at all of its locations around the world.

“The campaign itself talks about how people live their individual lives; everybody wants to be an individual,” Carroll said. Cimmino added, “And if you like unique flavors, Subway is a natural choice for you because it allows you to have your own creation.”

In other words, you can be your own Sandwich Artist.

While Subway isn’t exclusively targeting younger demographics, Carroll hopes the message proves especially resonant with millennials and Gen-Z consumers. “People aspire to be younger,” he said. “It’s OK. No one who’s 40 aspires to be 60.”

Future ads in the “Make It What You Want” campaign will expand on the anthem’s themes, which consists of 70 percent original footage supplemented by user generated content.

And if you got a very rock ‘n roll feeling from the spot, that was no accident: It was directed by James Marcus Haney, a photographer and filmmaker who became famous for conducting unauthorized backstage photo shoots with rock bands. Haney documented his experience in the film No Cameras Allowed before directing official music videos for groups like Coldplay and Mumford & Sons.

Client: Subway
Campaign: Make It What You Want

@kitten_mouse lindsay.rittenhouse@adweek.com Lindsay Rittenhouse is a staff writer at Adweek, where she specializes in covering the world of agencies and their clients.
@PatrickCoffee patrick.coffee@adweek.com Patrick Coffee is a senior editor for Adweek.