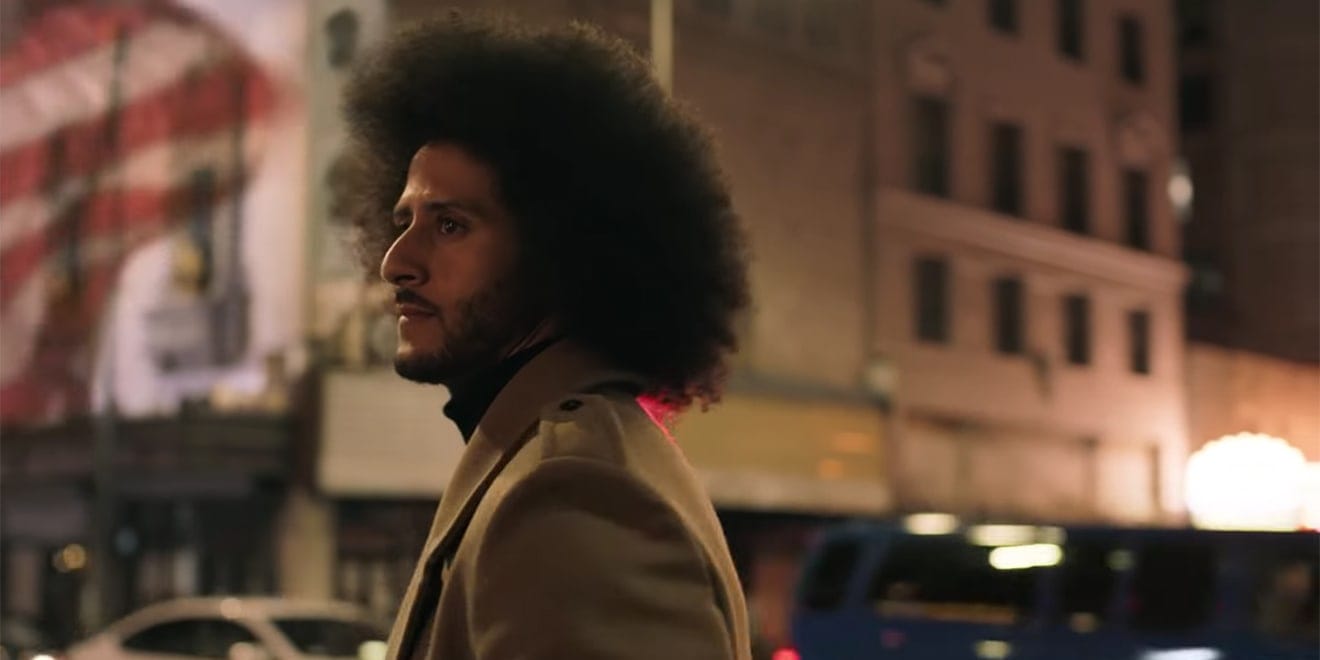 Nike captured lightning in a bottle by taking a clear position on a divisive sociopolitical topic, accepting the work would alienate some consumers. Nike

The “traditional” agency is dead; data is king; consolidation is the word of the day. You’d be forgiven for thinking ads themselves—and the people who make them—are growing less relevant by the minute.

And then there was Nike.

One tweet by former NFL quarterback Colin Kaepernick on Sept. 4 featuring a close-up of his face, Nike’s trademark swoosh and tagline and the words, “Believe in something. Even if it means sacrificing everything,” ignited a cultural firestorm and teed up the next day’s 30th anniversary “Just Do It” broadcast spot. Three weeks later, CEO Mark Parker credited the bold campaign with boosting sales and customer engagement after analysts estimated it had added $6 billion to his company’s market value. (It also buried headlines about a class-action gender discrimination lawsuit filed by four former employees.)

More importantly for those in advertising, Nike had reinforced the power of the Big Creative Idea.

“It’s not tech killing creative, it’s data,” said Keith Johnston, Forrester vp, research director and co-author of a report on the campaign, who argued that Nike countered this trend by “going from the gut” with a “values-based marketing decision.” The gambit worked; Johnston’s team could not recall a single ad that made a more dramatic impact on a business in recent years.

All parties agreed that Nike conducted its due diligence prior to running the work. But the brand captured lightning in a bottle by taking a clear position on a divisive sociopolitical topic at a moment that guaranteed maximum cultural impact while accepting that the work would alienate some consumers.

Johnston, himself a former agency strategist, said Nike took “a calculated risk” by determining that the passions of its urban, pop culture-savvy base were more valuable than the support of political conservatives, law enforcement or even the NFL. This strategy relied more heavily on emotionally resonant creative than any combination of data points.

“Their core audience has an affinity for what [Kaepernick] stands for,” added Steve Stoute, founder of multicultural agency Translation. “I give Colin a lot of credit for being able to see that working with Nike would only amplify his message and values.”

Heidi Hackemer, founder of strategy firm Wolf & Wilhelmine, which counts Nike as a client, said the brand “has always had real street authenticity” because “they are relentless about understanding who they serve.” She argued that this legitimacy comes from a combination of qualitative and quantitative insights that make bold creative moves seem easy. “Thinking you can just put out a survey and do what Nike did? That’s crazytown,” Hackemer said.

The controversial campaign also reinforced the value of a true agency-client partnership at a time when many shops struggle to justify their own budgets.

TBWA\Chiat\Day New York CEO Rob Schwartz said creatives have long had to defend the trade, comparing the new debate over data and ideas to the early ’00s digital divide. “The real power of creative agencies is helping brands write very compelling stories” like Nike’s, he noted. “As partners we know the brand, but we live in the [outside] world. It’s a unique and valuable perspective.”

Ideally, those stories use data without letting it overshadow the concept. Huge chief creative officer Jason Musante described Spotify’s recent OOH efforts, which are based on user behavior, as “pure-play data powering the creative idea,” and Droga5 chief intelligence officer Amy Avery said statistics help establish a framework for her creative teams while acknowledging that there’s not always a “direct dotted line” between a statistical trend and an insight that becomes a campaign like Tourism Australia’s fake Crocodile Dundee reboot.

Most agencies aspire to provide both the big ideas and the gut checks a brand needs. For example, recent reports claim Wieden + Kennedy successfully pushed for Nike to feature Kaepernick after the brand considered dropping him. (Nike declined to comment, and agency reps referred to the client.) A party close to the matter said Nike never intended for the quarterback to be the “face” of the campaign, which also starred Serena Williams and other athletes, but his status as a political bellwether all but ensured that his visage would be its legacy.

Nike is one of a select few companies positioned to tell such a story in a believable way, said Johnston, given a history of ads that double as social commentary. Apple is its most frequently mentioned competitor in this sphere, with one example being the 1997 “Think Different” spot that featured Muhammad Ali, Amelia Earhart, John Lennon (and Yoko Ono) and Martin Luther King Jr., among others.

“Certain brands have created the permission they need to take the message a step further and hit the emotional core of the consumer,” Johnston added, stating that the Nike work recalls the days when an agency could “look a client in the eye and say, ‘This is the idea,’” rather than testing five concepts to see which scores the best metrics.

Will other marketers and their agencies now follow Nike headfirst into what Schwartz called “our boiling cultural waters?” “I hope they try,” said Hackemer. “The death of any brand right now is being boring.”

And $6 billion is nothing to sneeze at. 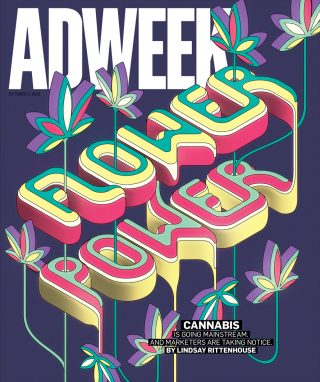 Click for more from this issue
This story first appeared in the October 1, 2018, issue of Adweek magazine. Click here to subscribe.
@PatrickCoffee patrick.coffee@adweek.com Patrick Coffee is a senior editor for Adweek.