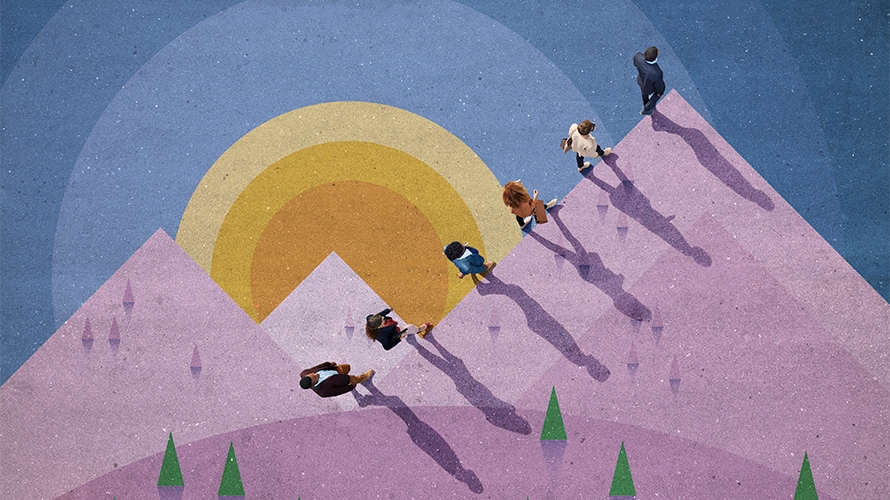 Initiative, a part of IPG Mediabrands, picked up the $10 million Converse account in June following a review, winning the business away from incumbent PHD.

Hasbro subsidiary Wizards of the Coast, the parent company for collectible card game Magic: The Gathering, sent its account to The Martin Agency in August. Wizards of the Coast spent $547,000 on measured marketing in the U.S. last year, according to Kantar Media.

In October, Intel sent its estimated $400 million (according to R3) global media account to a Dentsu unit called Team Intel, which is comprised of agencies Carat, Merkle and Amnet. The move consolidated all of Intel’s media including digital, social, programmatic, search, offline and analytics with one network and ended its 11-year AOR relationship with Omnicom’s OMD.

LVMH, the Paris-based conglomerate that includes several top fashion, beverage and cosmetics brands, moved its North American business to Dentsu from Havas in August. Kantar estimated that the company spent $386.1 million on paid media in the U.S. last year.

W.L. Gore & Associates also consolidated its global media account for its fabric division, behind Gore-Tex outerwear threads, in April with Dentsu. The company spent $1.5 million on paid media in the U.S. last year, according to Kantar.

Havas picked up the $300 million global Puma account in October.

Booking.com named MDC-owned Anomaly as its U.S. creative agency of record in November following a review. The brand had previously been working primarily with Deutsch and Joan Creative on a project basis. Booking.com spent over $220 million on measured marketing in the U.S. last year, according to Kantar.

72andSunny scored the $68 million (according to Kantar) National Football League account in December, taking it away from longtime incumbent Grey. The agency also defended its creative AOR title on the $70 million Activision account in July.

Petco handed its nearly $28.8 million (according to Kantar) creative account to Anomaly on Wednesday. The pet supplies retailer previously worked with another MDC-owned shop, Vitro.

Trojan named 72andSunny New York its first agency of record in several years following a review, handing the shop lead creative duties in July on its roughly $17 million (according to Kantar) account.

KFC awarded Wieden + Kennedy, Adweek’s 2018 U.S. Agency of the Year, its $234 million (according to Kantar) U.S. media account, consolidating its domestic creative and media duties with the independent Portland-based shop. That shift marked another loss for incumbent Spark Foundry. Nike also expanded its relationship with W+K in April, sending lead creative duties on its Converse account to the agency.

Chili’s named Chicago-based agency O’Keefe Reinhard & Paul its agency of record in May. The restaurant chain spent $105 million on measured media domestically in 2017, according to Kantar.

Horizon Next, the direct marketing arm spun off from independent network Horizon Media, won the $52.9 million (according to Kantar) Northwestern Mutual account in August. Incumbent Spark Foundry declined to defend the account.

TriHonda Dealer Group, comprised of more than 60 New York, New Jersey and Connecticut-area Honda dealerships, also chose Horizon Media in April as its lead media agency following a review that started the previous year. Incumbent Spark Foundry declined to defend the estimated $45 million account, but the agency will continue to work with certain other Honda dealerships across the U.S.

Additionally, Horizon Media picked up business for Benjamin Moore last week after indie agency Fig, which was named creative AOR for the paint brand following a review, brought the network on to handle media as its partner. IPG’s The Martin Agency previously handled media and creative duties.

Probably the most tumultuous of account shifts this year was that of Papa John’s, which changed hands several time after its founder, John Schnatter, used the N-word and made other racially insensitive remarks on a May media training call. First, Laundry Service (the agency that conducted the training call) resigned the account following Schnatter’s remarks. Publicis Groupe’s Fallon then picked it up and resigned it a month later. Papa John’s eventually landed on Endeavor Global Marketing in August following Schnatter’s resignation as chairman in July. Zimmerman, Olson Engage and Initiative were also brought into the mix during the past year, though none of those agencies is still on the account.

And Lowe’s ended its 12-year relationship with BBDO and announced a new creative agency roster in March comprised of independent and holding company-owned agencies including Conill (owned by Saatchi & Saatchi) in Los Angeles, indie The VIA Agency of Maine and South Carolina’s IPG-owned EP+Co.