Jaclyn Ruelle and Greg Fischer will lead the practice 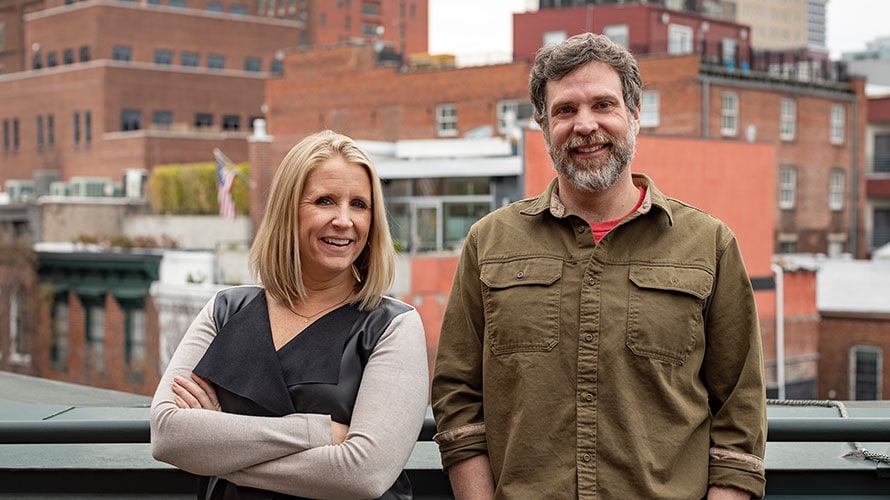 The Martin Agency is expanding with the opening of a cultural impact lab within its creative department.

“Our job is to make our clients’ brands as noticeable as possible,” The Martin Agency CEO Kristen Cavallo said in a statement. “Buzz and earned media are necessities. Consumer indifference is at an all-time high, and activations and experiences are creative media multipliers.”

Ruelle joins The Martin Agency from fellow IPG shop MullenLowe, where she spent around eight and a half years, most recently as svp, group account director. During her time at MullenLowe, Ruelle worked with brands including Zappos, E*Trade, Feld Entertainment, American Greetings and JetBlue, earning Cannes Lions for American Greeting’s “World’s Toughest Job” and JetBlue’s “FlyBabies” campaigns.

“The creative media multiplier is an imperative, not a nicety,” Ruelle said in a statement. “People must talk about your brand for it to succeed. It’s not enough to be right -right can be ignored. By embedding PR into the creative process, impact isn’t luck, it’s engineered.”

Joining Ruelle in the practice are Kate Spade and BCF Agency vet Dominga Gardner and Britt Flippo, who formerly served as the agency’s media relations manager.

Before joining The Martin Agency in 2016, Fischer led communication and media groups with agencies including VB+P, kbs+ and Swirl, working with clients such as Walmart, Microsoft, Coca-Cola (Nestea), eBay,  PayPal and Barclay Global.

The opening of the cultural impact lab follows the agency’s introduction of a talent and culture unit last July.