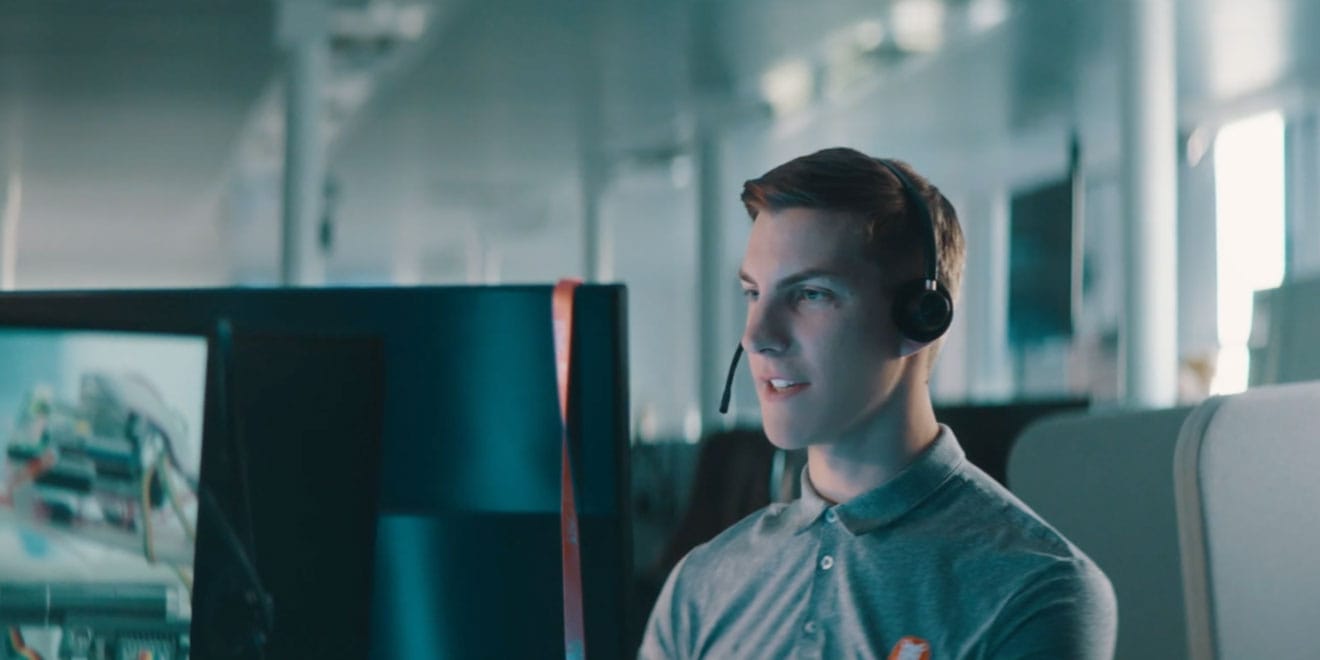 A robot? Maybe not. - Credit by ING Bank / Rosapark

Even the most personable chatbot will likely struggle to empathize with the panicked feeling of realizing you lost your credit card after a night out.

That’s at least the premise behind a campaign running in France for ING Bank, which hammers home the point that technology—no matter how advanced—simply can’t replace the nuanced advice and compassion that a human being can offer.

Created by Paris agency Rospark, Adweek’s International Agency of the Year, the spot opens up by introducing viewers to Tom, the newest member of ING’s customer service team.

Tom boasts many impressive qualities, including an incredibly complex brain that “possesses more than 100 trillion neural connections” and the ability to quickly comprehend complicated financial concepts. Researchers marvel at his humanlike ability to adapt and use problem-solving skills to help clients.

But when he lets out a sneeze, the jig is up: Tom is just a regular old human like the rest of us. The spot promotes ING’s online banking services, which are “designed by humans for humans,” according to the brand.

“While many brands are becoming more inventive in developing services that automate the relationship, they’re not addressing the fundamental problem, lack of consideration,” said Sacha Lacroix, general director at Rosapark. “Because when it comes to helping or advising a client, nothing can replace a human, the only person capable of a constructive and personalized exchange.”

Yvon Martin, director of marketing and communication at ING France, said the objective of the campaign is to show that the company is a “resolutely digital bank” that puts people at the heart of customer relations.

The approach is one that a handful of other brands have taken as people become increasingly frustrated with—and wary of—automated services that frequently aren’t up to snuff.

During the Super Bowl this year, TurboTax’s ad featured a creepy “RoboChild” who dreams of one day becoming an accountant, only to be let down when he finds out he’ll never be “emotionally complex” enough for the job.

Similarly, a recent State Farm ad features Oscar Nunez of “The Office” fame in the role of an insurance agent who’s faced with a bizarro robot version of himself. When the bot is called out for not having the compassion of a “real” State Farm agent, it begins dramatically spewing fake tears all over itself.

Let’s face it: It’s nice to see that the human touch still matters in a world filled with so much technology.