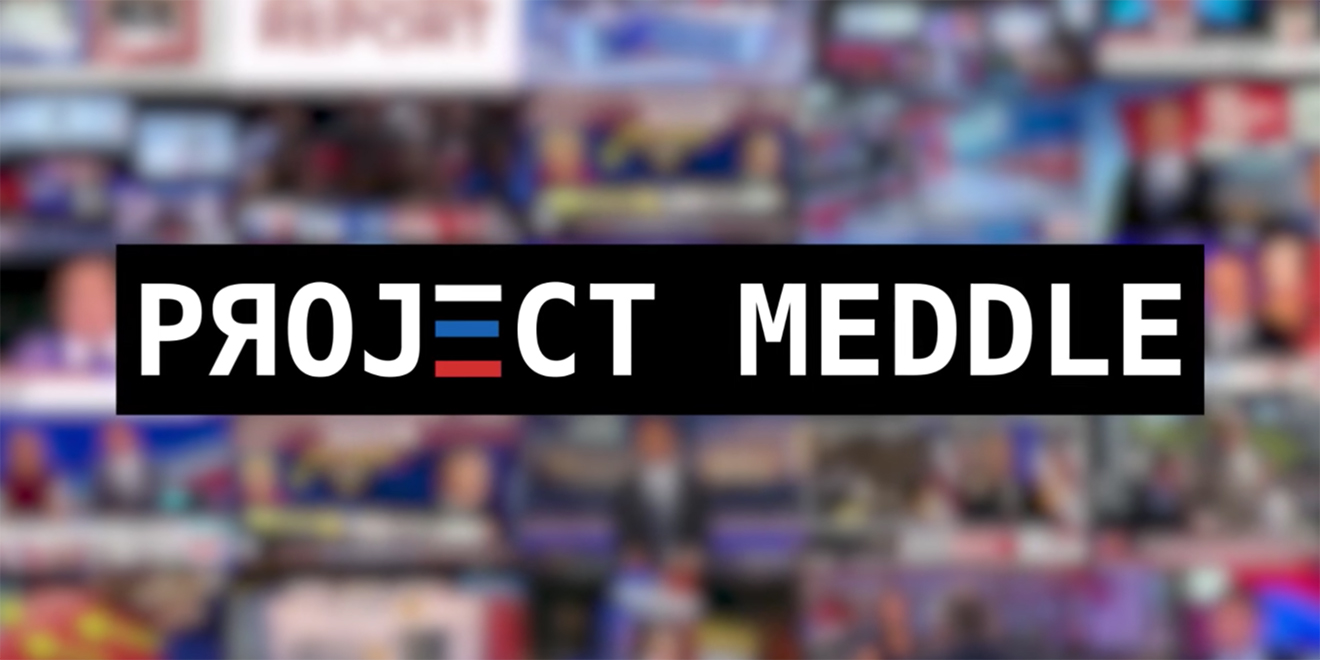 Chairwoman Susan Credle said she plans to develop a new category for such work moving forward. - Credit by Project Meddle

Even President Trump now acknowledges, however begrudgingly, that a group of Russian political actors made a concerted effort to interfere with the 2016 United States presidential election via carefully targeted messages disseminated on social media platforms.

The degree to which those efforts succeeded remains a matter of debate.

In a unique twist on the narrative that has captivated America for more than a year, a project submitted to The One Show—which The One Club for Creativity held this week in Manhattan—argued that the multipronged Russian offensive constituted “the most impactful advertising campaign of the century.”

Project Meddle was created by a group of anonymous ad agency employees looking to hold the industry accountable, at least in part, for creating the very digital tools that Russian operatives later used in their attempts to sway American voters and media coverage. Examples include ad targeting on Facebook and Twitter, influencer marketing, community building and astroturfing amplification.

The project is a meta commentary delivered by a would-be member of this Russian team.

“The group is submitting the campaign of the century to all advertising awards on Russia’s behalf for two primary reasons,” read a press release sent to Adweek and other trade publications when the project went live in January.

“As advertising professionals who spend our days using these same tools, the group is humbled by this campaign’s extensiveness and impact,” the release read. “While the group strongly disagrees with their objectives, they are also in awe of the campaign and believe it deserves industry recognition.”

The note continued: “By spotlighting this campaign on such a prominent industry stage, we hope to spark conversation and new preventative action among the influential tech, media and creative leaders who attend these award shows.”

The One Show jury agreed, overwhelmingly choosing the campaign for the Best in Discipline award for Social Media.

But the One Club ultimately decided to disqualify the project.

“The way it has always been at The One Show is, in order to qualify … there has to be a client, even if it is pro bono,” said The One Club vice president of content and marketing Yash Egami. “What happened here was, the jury loved the piece and wanted to support the idea. We discussed it with the board of directors and came to the conclusion that it is a great expression of opinion but it’s not eligible to win because there is no client.”

The “client” in this case is Russia.

“But it wasn’t entered on [Russia’s] behalf, they weren’t asked about it, and they presumably don’t even support it,” Egami continued. “From our perspective, this presents a couple of problems, because it could potentially open up the possibility that people submit work on behalf of other clients without their consent.”

In the below video, Susan Credle, the FCB global CCO who was recently named the One Club’s first chairwoman, discusses the decision to disqualify the work.

At the 31:37 mark, Credle explains the board’s process in further detail, describing Project Meddle as “beautiful” and “provocative” and telling the audience that the One Show plans to find another, unspecified way to honor it.

She also speaks of plans to develop a new vertical for this sort of work in the near future, a subject discussed in another recent interview with Adweek. Regarding such client-free passion projects, she said, “Do we just say that work can’t be honored? Or do we think about it as a new grouping that’s important to our industry?”

Egami confirmed that the work will be honored at Creative Week’s finale tomorrow night but did not provide additional detail. He also said that Project Meddle’s organizers will not receive a refund for their entry fees.

“Having a passion project compete against a paying project with an actual approval process is not a level playing field,” he said. “They were allowed to enter … because the work wasn’t judged yet, and we couldn’t make that determination.”

A Project Meddle spokesperson who talked to Adweek on condition of anonymity said that, while the One Show jurors have been supportive, a choice to honor traditional commercial work instead could be seen to represent “a blind spot” regarding the fact that “the technology we created is being used to undermine democracies around the world.”

“Our official perspective is that we’re doing this to generate action from our community because we believe it can be a force for good, not to win awards,” said the representative. “The reason we are investing in advertising awards is because we are the experts in this space. We co-created many of the tools Russia used, and we need to take responsibility for that before those tools are misused again in the midterms. It’s unfair to ask Facebook and the U.S. government to stop something we created without our help. We are Facebook’s customers, and they made psychographic targeting for us.”

“We think that what Susan said about creating a category to allow for more proactive efforts from people inspired to make world better place is a great idea. Its shame they’re not ready to talk about it now,” Project Meddle continued. “We’re interested to see what work does win tonight, but what we would really like to do is have a larger conversation. Obviously, if it had won it would have sparked more conversation from the industry, so we are disappointed.”

To that point, the 2018 midterms are less than six months away. And party primaries have already begun.