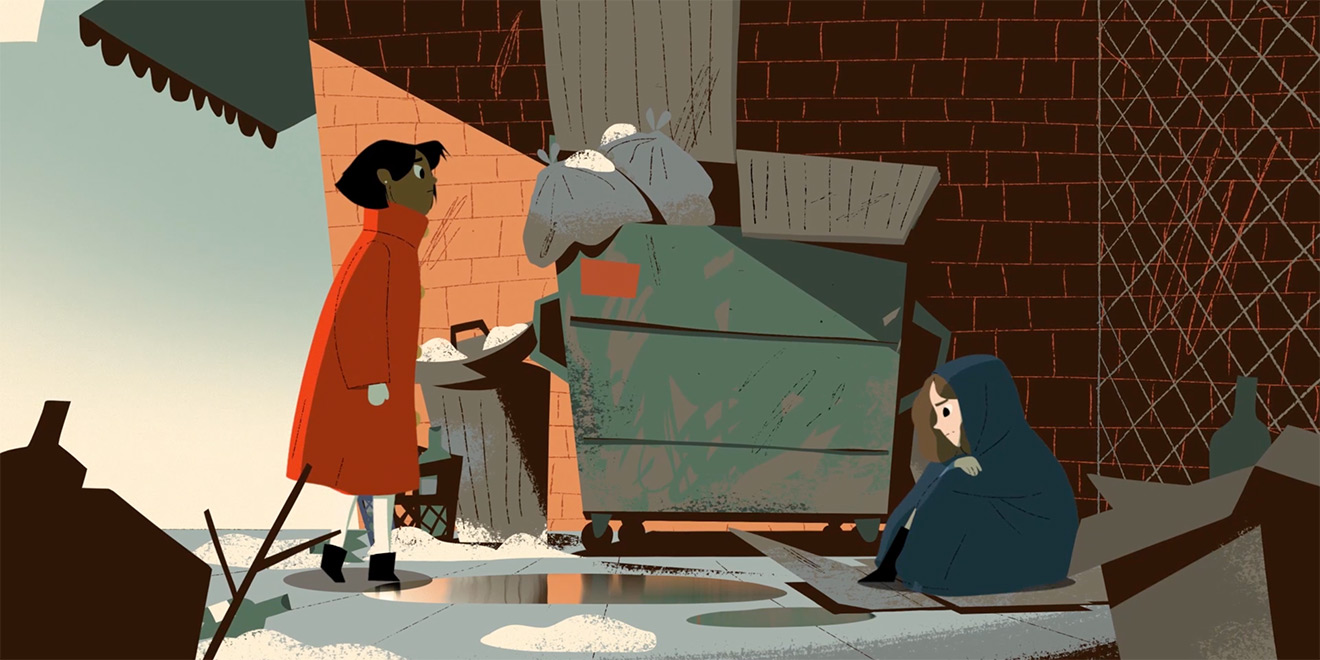 The indie agency stresses that it's "not in the guilt business." - Credit by Salvation Army

Through a series of animated stories, The Salvation Army is delicately shedding light on the many “battles” people in need face during the holiday season—while trying to avoid guilting those in a position to help.

The “Fight For Good” holiday campaign, created by the largest U.S. independent agency The Richards Group, is comprised of four animated videos cut into 60-second, 30-second and 15-second spots. Each depicts stories of hunger, homelessness and financial difficulty, and though they focus on fictional animated characters, The Salvation Army hopes viewers understand that these stories are all too real for too many people.

One video entitled “Battle” (seen below) provides a synopsis of the struggles the campaign’s three animated characters—Chloe, Emma and Gus—are enduring. Later spots delve deeper into their personal stories.

While the PSAs surely call on people to donate what they can to a Salvation Army “red kettle” (collections bucket), The Richards Group said in a statement that the goal of the campaign was not to guilt people into contributing to the cause.

“We’ve used illustrative elements throughout the main advertising to convey the reality and desperation of need without the guilt-inducing face of it,” the Dallas-based agency wrote. “Through this visual vehicle we can show the harsh struggles of homelessness, child poverty and unemployment in a more approachable way.”

In other words, you won’t be seeing heartbreaking images timed to Sarah McLachlan’s  “Angel” displayed on your TV.

The four videos show what a small monetary donation to The Salvation Army can do for someone in need—such as contributing to a winter coat for a homeless little girl (portrayed in the above spot, “Chloe”)—but The Richards Group reiterated in its statement that the campaign’s main goal is to invoke empathy. “[We’re] not in the guilt business…Compassion, on the other hand, is a game changer,” the agency noted.

The Richards Group collaborated remotely with London-based Moth Animation Studio, a part of the larger Hornet animation production house, to create this campaign. Spots started rolling out on Monday and will appear on NBCUniversial properties, social media and YouTube through Dec. 31. A #FightForGood hashtag was also created for the charity’s campaign.