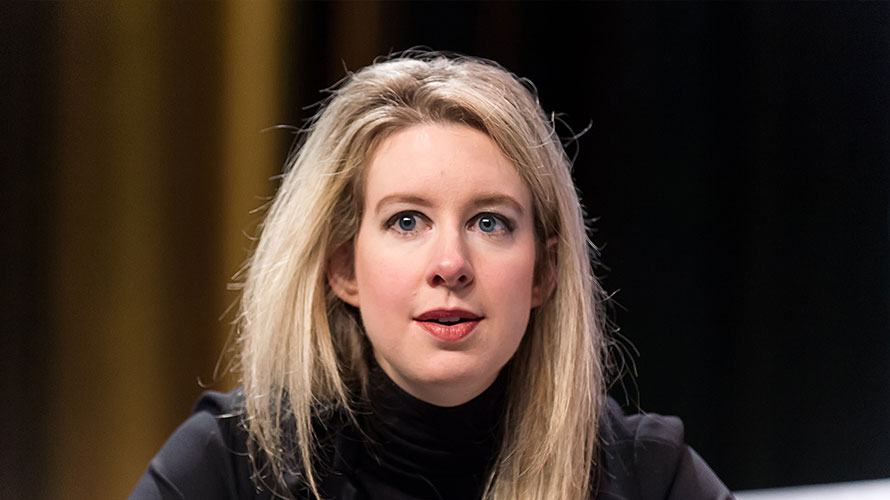 The story of Elizabeth Holmes and Theranos is already Silicon Valley folklore. It is a story of an entrepreneur with impeccable credentials who hoodwinked investors, customers, partners, employees and even her own board on a journey to an $8 billion startup valuation before it all came crashing down.

John Carreyrou, the Wall Street Journal reporter who investigated Elizabeth Holmes and exposed the fraud said that she was a “pathological liar.” Few would contest that today. What she did was unequivocally wrong, especially because it put innocent patients’ lives at risk. Holmes and her business partner, Sunny Balwani, face criminal charges and may eventually end up in jail.

There are many unanswered questions about the Theranos debacle. How could the board of directors abdicate their responsibilities and not see Holmes for the fraud that she was? What about the heavily credentialed investors who blindly invested in her startup? And then, what did the employees know and when? Were they complicit in the deceit? Unfortunately, the answers to these questions don’t reflect well on them or our profession as a whole. It demands greater self-reflection.

We cannot, must not and should not wittingly or unwittingly perpetuate fraud, especially when it endangers other people’s lives.

Firstly, it is important to establish that the Theranos marketers played meaningful, substantive and arguably transformative roles in establishing the Theranos brand and positioning Elizabeth Holmes as the next Steve Jobs. The same goes for all the agencies involved. That is clear from public statements made by the marketers, Adweek’s reporting and all other earlier coverage. It is also obvious that they did an excellent job—maybe too good of a job. Whether it be the coaching they provided to Elizabeth Holmes before she went onstage at an event, the press attention they garnered for her and Theranos or how the brand was positioned in a documentary-style video, their efforts were impressive. You certainly can’t fault them for doing great work.

But that is not good enough. What Adweek’s reporting showed was that these marketers didn’t believe it was their responsibility to know how sound the product and the company was. They said they were shielded from the product, as if that was their excuse for not knowing better. They also made the quintessential mistake of drinking their own Kool-Aid. They believed the messages that they were crafting for Holmes not because the messages were fact-based and evidence-driven, but because they wanted to believe them. The marketers did not do enough to validate the claims made by Holmes and the rest of the Theranos team, nor did they believe it was their responsibility to do so. They were not scientists, as they explained. And that is exactly the problem.

Marketers are incredibly powerful people. We are able to influence and convince people on a huge scale and effectively, time and again. We are also trained to understand people better than most other professions. To be able to get what motivates them, what drives them to action and what creates a lasting impression on them.

With these superpowers come great responsibilities. The first of which is that we cannot, must not and should not wittingly or unwittingly perpetuate fraud, especially when it endangers other people’s lives. We have to be careful if our supreme powers go unchecked because they can do significant harm. This is, of course, easier said than done. But it is often too easy to turn a blind eye to what might be a mistruth, an exaggeration, a shady promise or even an outright lie. We like to believe that we’re above this, but at the end of the day we’re humans with human shortcomings. Our glitches make us susceptible to perpetuating fraud without even realizing what we are doing.

The second responsibility we have is to know when to call a spade a spade. Marketers shouldn’t just be the most passionate absolute defenders of a brand or a company. We must also be the customer voice, the customer advocate and the team plugged into the outside world and advocating on behalf of it. That obviously did not happen at Theranos. The marketing team was more concerned with the outward messages versus the signals they were hearing in the marketplace about the company.

Marketers shouldn’t just be the most passionate absolute defenders of a brand or a company.

Thirdly, marketers have responsibilities that go beyond marketing. To say that it isn’t the marketer’s job to perform due diligence to see if a technology works is a cop-out. The FDA raised issues with Theranos as early as 2012 when no marketer was even allowed to see the product. If you are a marketer and aren’t allowed to see and experience the product you’re being asked to market, that should be a massive red flag. A reason enough not to take the job or to resign if you are already in it. This matters even more if it is a medical product with human lives at stake.

And finally, “fake it till you make it” does not work when human lives are concerned. I’d argue that it shouldn’t work in any marketing endeavor, period. It is a Silicon Valley mantra, and Theranos isn’t the first and certainly won’t be the last company to take this approach. But it is still misleading, disingenuous and, as other companies have shown, damaging to people and society. “Fake it till you make it” should be banished from our vocabulary. It is not as strongly rooted in ethical behavior as we need it to be. Marketers need to convince, but we will only be taken seriously if we are also considered purveyors of the truth.

There are many lessons to be learnt from Theranos. Some serve as a reminder that we all have glitches: glitches that blind us to the truth and kill trust; glitches that were on display for those marketers involved with Theranos. In a world of misinformation where it is hard to separate fact from fiction, the role of a marketer is more important than ever. It is on us all to rise to the occasion and make sure that even unwittingly our profession doesn’t play a role in a Theranos-like situation or anything even close to it again.

“To be guardians of the truth” needs to be our profession’s purpose in the post-trust era.

@shivsingh Shiv Singh is the co-author of the new book Savvy – Navigating Fake Companies, Fake Leaders and Fake News in the Post-Trust Era. He is a former Visa and PepsiCo senior marketer, has his own marketing consultancy, sits on the board of directors of a Fortune 500 company and has been ranked by Adweek as a Top 50 marketer (#11).