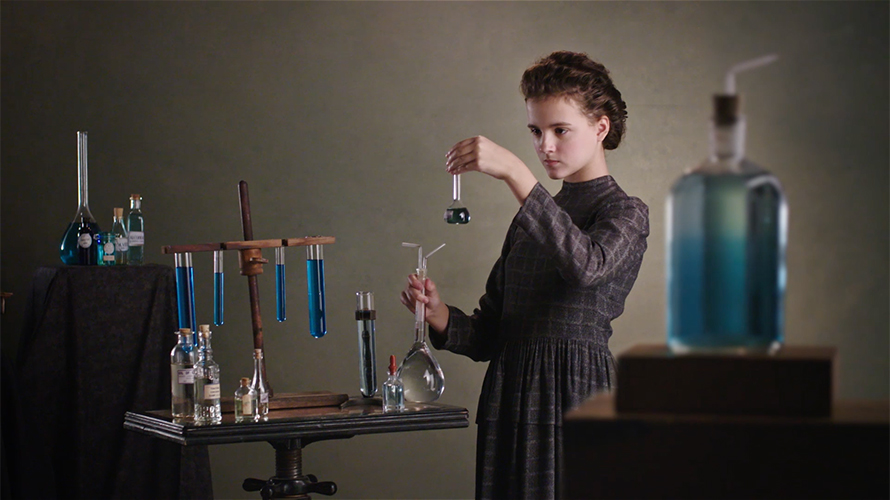 An actress playing a young Marie Curie - Credit by Chemours

Women throughout history have made countless noteworthy contributions to science, technology, engineering and math. Yet today, they still only hold a scant 29 percent of jobs in STEM, according to the advocacy group National Girls Collaborative Project.

With a powerful new campaign highlighting just a few of those contributions, chemical company Chemours aims to encourage young girls to pursue careers in the sciences.

The three 30-second YouTube videos created by Ogilvy New York and its production unit tell the stories of three prominent female pioneers in STEM: chemistry teacher, writer and civil rights activist Josephine Silone Yates; physicist and chemist Marie Curie; and bacteriological chemist and refrigeration engineer Mary Engle Pennington. The monologues, which are delivered by actors playing the women’s younger selves, were created for Chemours in honor of National Chemistry Week, an annual campaign spearheaded by the American Chemical Society to get more students interested in careers in chemistry.

The spot below features the young Marie Curie:

The videos tell the stories of women overcoming early 20th-century barriers to enter the sciences. Yates, the first black woman to head a college science department, was told she “wouldn’t amount to anything.” Colleagues said Curie, a pioneer in radioactivity research and the first person to win two Nobel Prizes, “would never succeed.” And men mocked Pennington, who helped improve sanitation standards for the handling of milk, and said she “belonged in the kitchen.”

Chemours launched as a DuPont spinoff in 2015 and aims to break down the stereotypes that prevent women from entering and excelling in the STEM field. In 2016, Ogilvy’s National Chemistry Week campaign with Chemours won Shorty and Echo awards for best art direction.

The videos in the campaign will be promoted on Twitter and LinkedIn.