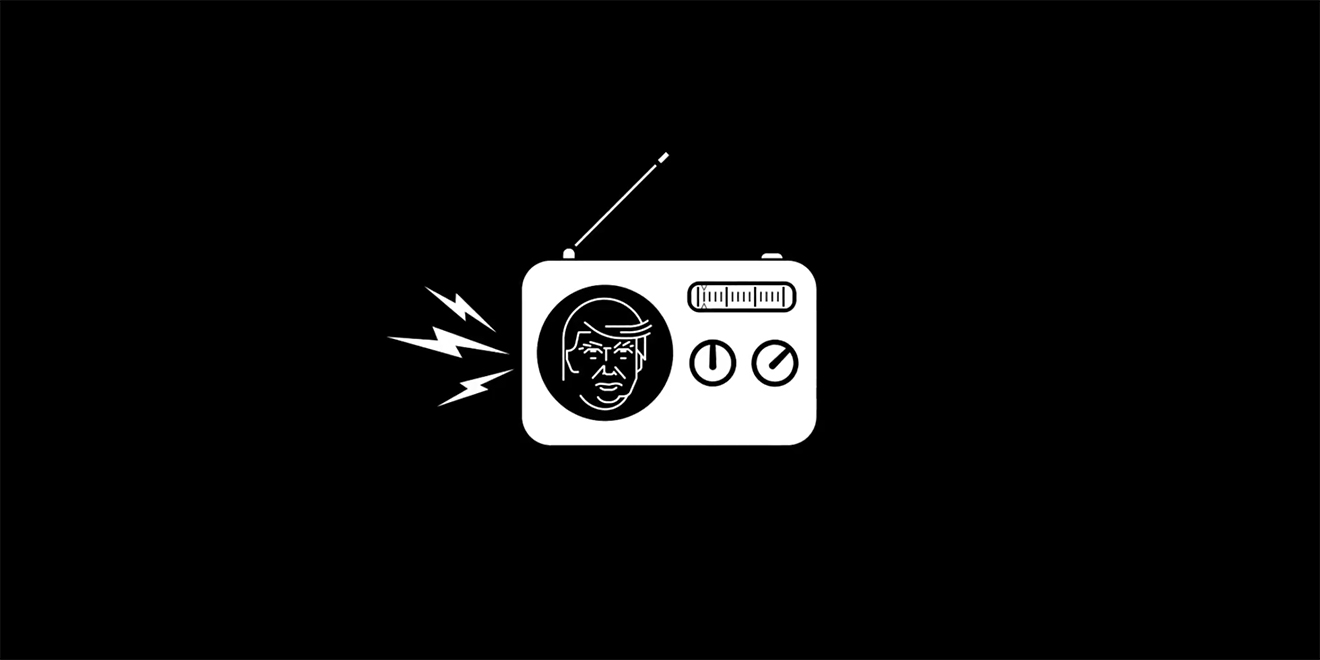 Want to know what Donald Trump resigning from office would sound like?

Histeria Music approached Alma with the goal of creating a business-to-business ad showcasing its sound design expertise to existing and prospective clients.

“At that point, we came up with the concept: ‘Histeria Music can make just about any wish sound true,'” said Alma senior creative director Monica Marulanda. “When brainstorming on how to bring the concept to life, we had some boxes to check. It had to showcase amazing sound design, it had to be timely, and of course, disruptive.”

What could be more timely and disruptive than making it sound like Donald Trump is resigning as president?

“Resignation” takes Richard Nixon’s famous resignation speech and matches it to Trump’s voice. So if you’ve ever fantasized about hearing Trump say, “Effective immediately, I shall resign as president of the United States of America,” now you can, repeatedly.

It sounds a little more like “design” than “resign” but apart from that gripe, the project mostly does an impeccable job of capturing Trump’s voice and matching it to the cadences of Nixon’s resignation speech.

Alma executed the video, in addition to creating the concept, while Histeria Music focused on sound design.

“It all started by them gathering and going through hours upon hours of material in order to create the audio ‘database’ with which they would ultimately recreate the ‘new’ speech,” Marulanda explained. “To do this, they spent dozens of hours manipulating, time stretching, compressing dialogue, restoring, cleaning up dialogues and matching the ambience between words and phrases,” with Alma documenting the process to showcase the postproduction company in action for the video.

“We hope to prove, beyond any shadow of a doubt, that Histeria Music is the company to go to when someone is looking for craft, quality audio work,” she added, stressing that the video is “less about politics” than “appreciating the amount of work and the sense of humor that comes through in the piece itself.”

Of course, recreating one of the most famous speeches in American history in the voice of one of its most divisive presidents is bound to attract quite a bit of attention as well.

So far, Marulanda said responses have included shock, laughter and irrepressible grins, while “everyone is taken aback at how impeccably recreated the speech is.”

You can expect to hear more recreations from Alma and Histeria Music in the future.

“The concept has incredible potential for us to keep coming up with new scenarios,” Marulanda said. “We have a whole list of possible events and important pieces of audio that are all ripe for the reproducing.”