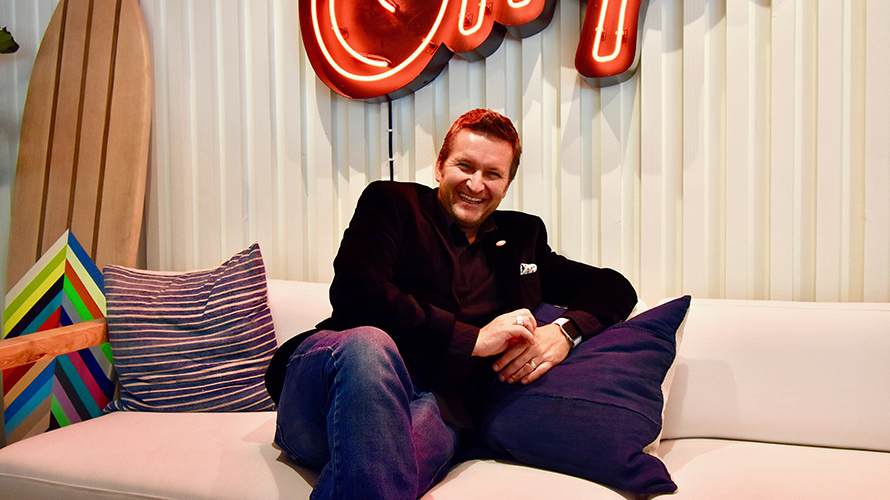 Nick Platt created LO:LA as an alternative to the traditional agency model. - Credit by Robert Bridwell

“For years, I carried a notebook where I would write down everything that I would do differently in advertising and at the agency level,” Platt said in a statement. “Those ideas and mantras began to take shape and that’s how LO:LA was born—out of necessity to cut out the BS and focus on great work.”

LO:LA (which stands for London: Los Angeles) is designed as an alternative to the traditional agency model and claims to offer competitive prices to help “companies that historically have not been able to afford global agency services.”

“Clients are paying too much money for too little work,” Platt said. “Big agencies over-talk and under-deliver, often with a huge price tag. No one is happy.”

“At LO:LA, we believe that do is greater than talk. And, that we can be nimble, quick and cost-efficient without sacrificing quality,” Ramos added.

The agency has garnered some attention ahead of its official launch, earning accolades at the 2018 ADDY Awards and a designation as a 2018 Webby Award Official Honoree.

LO:LA recently launched a campaign for Cycle Gear based around a “Just Round The Corner” brand positioning designed to increase brand awareness nationally.

Derived from the insight that riders of all types “round the corner,” the campaign began as OOH ads in Los Angeles, San Francisco and Atlanta before expanding with a broadcast spot based on its initial success.