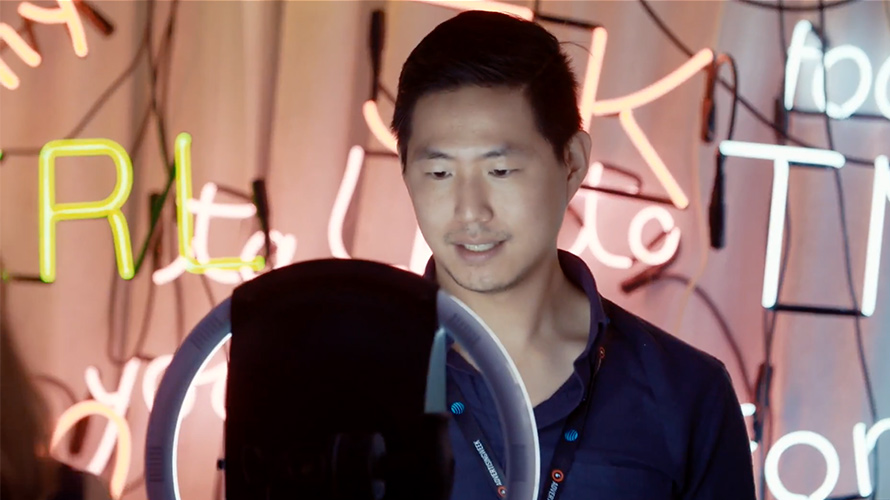 You may wonder, how is it that innovative brands like Microsoft, Netflix, HBO and GE stay ahead of the competition?

A lot surely goes into answering that question, but search consultancy VentureFuel claims to be a small sliver in the pie. Launched four years ago, VentureFuel actively vets hundreds of global startups daily and then connects them with brands, like the aforementioned, to fuel partnerships that drive new ideas and creative marketing strategies.

To get a feel for how the magic works, VentureFuel founder Fred Schonenberg pointed to the efforts his consultancy has done to pair brands with Alphonso, a startup that uses advanced automated content recognition and fingerprinting technology to target ads on people’s mobile devices in real-time based on what they’re watching on TV.

For example, Schonenberg told Adweek that Scotts Lawn Care came to VentureFuel with a single problem: all of its rival brands selling lawn-care products advertise heavily on TV around the same time (summer, during the airing of baseball games). How can Scotts stand out?

Enter Alphonso. The startup, through VentureFuel, connected with the brand to deploy a campaign that allowed it to send Scotts Lawn Care ads to the mobile devices of consumers watching its competitors’ commercials on TV, as they aired.

“Scotts used [Alphonso’s] technology to listen to when its competitors were on TV,” Schonenberg explained, “[The consumer] would then look down and see an ad from Scotts.”

That example essentially shows how VentureFuel operates—brands come to it with a problem and the firm sets out to find a startup to help tackle said problem. And it works to the benefit of both parties, as startups help well-known brands stay at the forefront of cutting-edge technology and, in turn, well-known brands help startups gain recognition, according to Schonenberg.

“When you work with an early-stage company, they’re hungry, they work harder for the brand, to be honest,” Schonenberg noted. Vice versa, “it’s such a growth opportunity to have the Nike logo,” for example, tied to your startup.

Schonenberg said many of the startups VentureFuel partners with are put on his radar by venture capitalists, incubators and investors (who sometimes even ask the firm for advice before taking a stake in a new company), among other scouts.

His team of marketing professionals then vet the startups, which could rack up to more than 100 a day, for authenticity and efficiency. The process has opened up a pool of startups for VentureFuel to sift through when a brand comes to it with a challenge.

“We might say, here’s three that we think solves your problem for this reason,” Schonenberg explained, “and they can choose to work with one or all three. And we stay involved. It’s not just an introduction, we see it through the project.”

From assisting with projects to vetting startups, VentureFuel certainly seems to have plenty to keep it busy. It takes a lot of time and practice to master how to identify a really good startup, but there are a few recurring signs to look out for, according to Schonenberg.

“All the founders of these startups have such a sense of purpose,” Schonenberg noted. “It’s very rarely about ‘I want to be rich.’ Usually there’s something that bothers them, that they see and no one else sees,” and they set out to remedy it.

Two such startups Schonenberg predicted consumers will likely see a lot more of in 2018 are IrisTV, a private, transparent marketplace that allows brands to place content inside personalized streams across lifestyle, entertainment, news and sports verticals; and Surreal, an upcoming streaming service (like HBO and Netflix) that will feature only virtual reality content, and which has already tapped prominent actors and directors including Mark Wahlberg, Michelle Rodriguez and Friday Night Lights director Peter Berg.

Only time will tell if Schonenberg’s predictions prove true.