As TBWA's creative legend retires, he leaves a legacy unlike any other 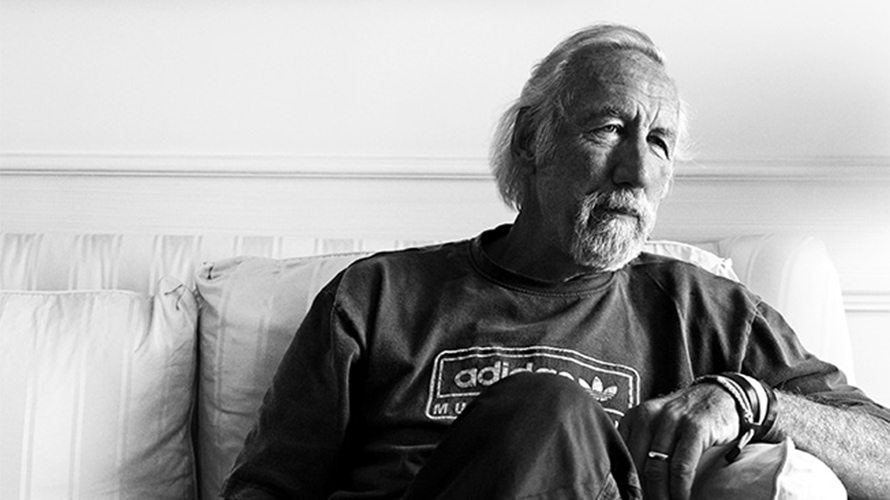 Lee Clow joined Chiat/Day in 1973 as a young art director and remained with the agency more than 45 years.
Courtesy of Lee Clow
Share
By David Griner
|
February 14, 2019
Share

Lee Clow is born in Los Angeles, where he would later attend Santa Monica City College and California State University at Long Beach.

Jay Chiat and Guy Day form creative agency Chiat/Day in Los Angeles through the merger of Jay Chiat & Associates and Faust/Day. The agency had one office, 50 employees and $8 million in billings, according to The New York Times.

Clow, after a tour of duty in the Army, gets hired as an art director at the L.A. office of agency N.W. Ayer (which would eventually dissolve in 2002).

Clow joins Chiat/Day after waging a yearlong “Hire the Hairy” campaign through which he bombarded creative director Hy Yablonka with ads, T-shirts and bumper stickers aimed at getting Clow brought on board.

Clow is promoted to associate creative director at Chiat/Day.

Clow is promoted to creative director of the Chiat/Day L.A. office.

Chiat/Day launches the Ridley Scott-directed ad “1984” for Apple during Super Bowl XVIII. (The ad had technically debuted on New Year’s Eve 1983 in a few local markets to ensure it could be entered in award shows during 1984.) Clow was creative director on the spot. The ad famously aired against the wishes of Apple’s board of directors, which felt it was wasteful. But it was championed by Apple founder Steve Jobs, who would go on to be Clow’s friend for decades. Only broadcast nationally once, “1984” set a new bar for advertising creativity and is still considered by many to be the best Super Bowl ad of all time.

BBDO, DDB and Needham Harper Worldwide come together to launch Omnicom, a U.S.-based holding company aimed at protecting the agencies from the merger-and-acquisition frenzy led by competitors Publicis and Interpublic Group (plus, beginning the next year, WPP).

Apple shifts its advertising from Chiat/Day to BBDO.

Chiat/Day wins the $90 million Nissan Motors account, lifting the agency’s annual billings above $500 million and making it one of the nation’s largest shops.

Energizer’s “Keeps Going and Going” tagline and campaign are introduced, developed by Chiat/Day as an extension of the Energizer Bunny character first created by DDB.

Chiat/Day acquires Australian agency Mojo MDA for a reported $68 million and briefly becomes Chiat/Day/Mojo. An Australian economic downturn, however, would end up making the merger a costly decision for the network and help set it on a path to acquisition.

Chiat/Day continues international expansion with the launch of its London office. In New York, though, a series of client losses forces the agency to lay off dozens from the 150-person office, leading The New York Times to wonder if Chiat/Day was losing its “golden touch.”

Omnicom acquires TBWA, an agency network founded in Paris in 1970.

Facing intense financial pressure, Chiat/Day surprises the industry by announcing it will be acquired by Omnicom and merged with TBWA. Clow and TBWA co-founder Bill Tragos (the T in TBWA) worked together on the transaction to form TBWA\Chiat\Day. Jay Chiat had been skeptical of an acquisition and worried it would dilute Chiat\Day’s creativity, but Clow and other execs urged him to make the move, which would prove to be a positive one.

Steve Jobs returns to Apple as CEO and quickly reconnects with Clow’s creative team. Apple launches its much celebrated Think Different campaign, anchored by the TV spot “Here’s to the Crazy Ones”—which then became the first TV commercial to win an Emmy.

The Taco Bell Chihuahua, and its “Yo quiero Taco Bell” slogan, are introduced to the world.

Clow is inducted into the One Club Hall of Fame

TBWA\Chiat\Day is named Adweek’s U.S. Agency of the Year for the second time.

Reportedly under pressure from TBWA execs to develop a succession plan, Clow announces he will hand off much of his creative leadership role with TBWA\Chiat\Day to Chuck McBride, who at the time was working in the San Francisco office after being hired away from Wieden + Kennedy.  McBride would go on to lead creative for the agency’s North American offices until leaving in 2006 to found agency Cutwater.

Apple introduces the iPod Silhouettes, one of advertising’s most iconic campaigns and a key component of the device’s rise to dominance in the MP3 player category.

Clow receives a Lifetime Achievement Award from the Clios.

The adidas “Impossible is Nothing” campaign is launched.

TBWA\Chiat\Day named Adweek’s U.S. Agency of the Year for the third time.

Apple debuts the Get a Mac campaign, starring John Hodgman as a PC and Justin Long as a Mac. It would run for three years and encompass 66 ads.

Gatorade “Replay” wins two Grand Prix at the Cannes Lions and is credited with initiating the festival’s Branded Entertainment category.

Clow steps down as chief creative officer of TBWA\Media Arts Lab, handing the title to Duncan Milner, a longtime creative leader on the Apple account.

Adweek declares Get a Mac the Campaign of the Decade.

Clow is inducted into Advertising Hall of Fame

Clow is inducted into American Marketing Association’s Hall of Fame