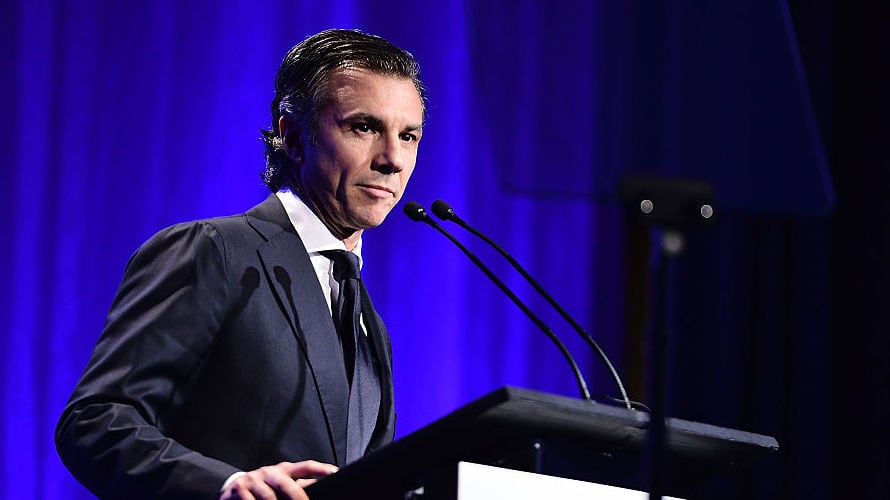 Scotti has been with Verizon since 2014. Getty Images

Back in 2016, Verizon CMO Diego Scotti issued a call to action to the brand’s agency roster for improvement on diversity and inclusion.

A year later, he shared how that led to greater accountability and progress at both Verizon and its agencies. There was, of course, still a great deal of room for improvement.

Adweek caught up with Scotti last week to learn how those efforts had evolved and progressed since then.

Looking back at the beginning of the program, he thinks Verizon’s approach helped foster broader conversations and drive progress.

“We didn’t go into this and say ‘Now agencies, these are the new quotas that you have for diversity and if you don’t achieve this, your fee’s going to be dinged.’ That wasn’t the way we approached it. We’re all in this together,” he said. “Everything we did from the beginning was all about creating individual as well as collective accountability.”

Scotti said he viewed Verizon’s diversity and inclusion initiatives with its agencies as important for its own business “because the more diversity we can get, the more we can respond to the needs of our business, but also because it’s a way of driving change in the industry as a whole.”

Verizon meets quarterly with the CEOs and presidents of each of its agencies collectively to discuss progress, meaning they’re reporting results not only to Verizon but to one another. Scotti sees this as a key driver of that accountability.

Three years after committing to change, he said Verizon has begun seeing results.

"We're still doing very well, but a little shy of the 50% which we wanted to achieve. To me that reinforces the point that especially leadership roles in the agency world is where we need to continue to focus."
Diego Scotti, CMO, Verizon

Among the company’s 20 agencies, Scotti reported a 25% increase in employees of color from 2016 to 2018, to a current total of 40%. Of around 280 people in leadership roles across these organizations, 31% are people of color, marking an increase of 39% since 2016. Verizon also saw a 2% rise in female employees during the same period; 51% of staffers at its agencies are now women. The number of women in leadership roles, however, actually decreased by 7% since 2016. It now stands at 48%. Among new hires at these agencies, 45 percent were people of color, up 2% from 2017 (the first year new hire data was available), and 53% were female, down 4% from 2017.

“We’re still doing very well, but a little shy of the 50% which we wanted to achieve,” Scotti said of figure for women in leadership roles. “To me that reinforces the point that especially leadership roles in the agency world is where we need to continue to focus.”

Verizon’s in-house agency 140, which Scotti said was “created from scratch with the mandate of being diverse,” counted 46% people of color and 50% female, both increases of 1% compared to 2017.

Among the programs launched by the collaboration with its agency partners is Ad Fellows, a paid fellowship which allows individuals to explore working in a variety of roles at Verizon and its agency partners before deciding where they’d like to continue working.

Plenty of progress left to be made

There is, of course, still much room for improvement. And Scotti said issues of unconscious bias can prevent diverse recruitment efforts from leading to inclusion and opportunity for advancement.

“If you don’t have an organization and a culture that is going to be inclusive, people won’t stay,” he said. You will end up losing those people.”

Unconscious bias was one of the first issues Verizon tackled internally. Scotti said he focused on the broader interpretations of that term to include things like working style and cultural differences in addition to gender and racial biases.

Now, Verizon is sponsoring a study in partnership with the Center for Talent Innovation examining the key factors involved in the retention of diverse professionals in the advertising, marketing and media fields. Scotti explained that the study combines qualitative interviews and focus groups with quantitative data. He said Verizon hopes to use the study to determine what its next steps for diversity and inclusion programs should be and that it plans to release the results some time this summer “so that everyone can benefit from that.”

"If you don't have an organization and a culture that is going to be inclusive, people won't stay."
Diego Scotti, CMO, Verizon

“I think the focus on leadership is critical,” Scotti said, regarding areas in the industry that most need improvement. “Part of the issue that I think a lot of companies face is that diversity is there in the lower rungs but then as the pyramid gets smaller, either those people leave because they are not valued in terms of their ability to go and get their roles or, for one reason or another, those roles aren’t available for them.”

He pointed out that white men were still over-represented in creative leadership positions at agencies, suggesting that’s an area where agencies would benefit from examining how unconscious bias may be contributing.

Scotti added that Verizon strives to develop its programs in a way that made them applicable to any business.

“Everything that we do, we want to make it available to anybody that wants it. We want to make sure that the most people can benefit from it,” he said, inviting all interested parties to reach out to Verizon for advice on implementing the programs.