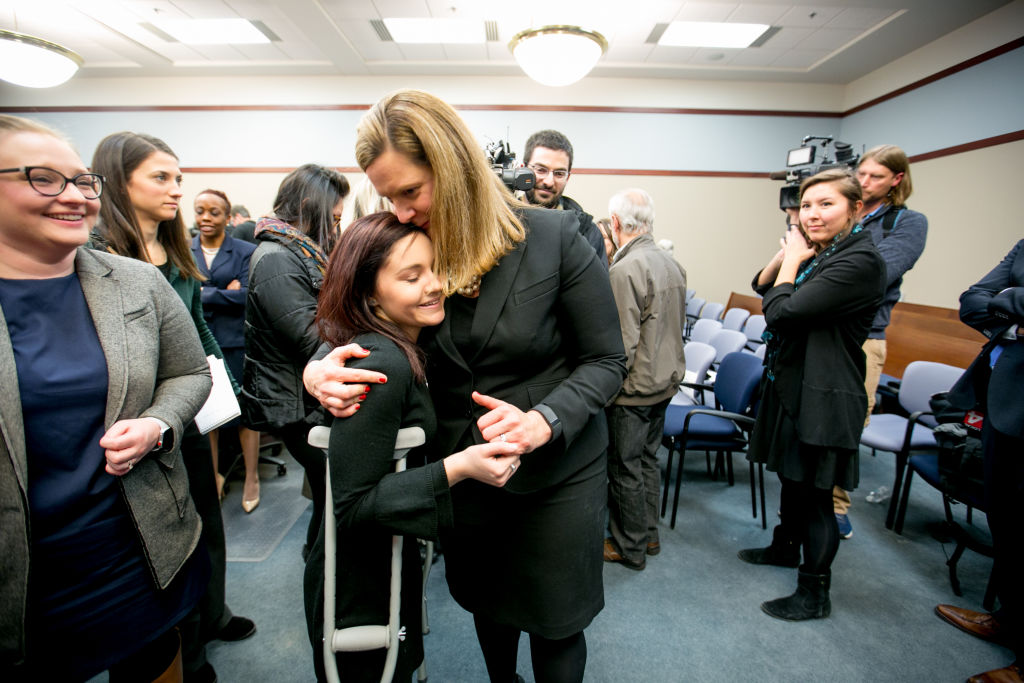 According to a statement from Weber Shandwick, the most important players in the story are Nassar’s victims, but part of its assignment did include monitoring the social media accounts of those women, their family members and all others commenting on the case.

On Wednesday afternoon, the Lansing State Journal reported that Michigan State, Nassar’s former employer, hired Weber Shandwick for crisis communications support in late December 2017, several months after he was initially sentenced to 60 years in federal prison for possession of child pornography. In January and February, a judge sentenced Nassar to an additional 40 to 125 and 40 to 175 years in prison after he pleaded guilty to 10 counts of sexual assault and sexual assault of a minor.

The Journal reported that Weber Shandwick billed Michigan State for over 1,440 hours of work tracking social media. The original article’s headline focused on the social media monitoring work, with follow-up pieces in different publications accusing the firm of being paid to “spy” on victims.

“While we normally don’t comment on our client assignments, we feel it’s important in the case of the news coverage of our work for Michigan State University, because it does not accurately reflect our work,” said the firm’s director of global corporate communications Kimberly Dixon in a statement. She noted that the firm began working with MSU in late December and ended earlier this month “after we resigned the account.”

“The majority of our work involved crisis counsel to address the tragedy,” Dixon said. “We were not hired to monitor victims’ social media accounts.”

Dixon did acknowledge that part of that work included summarizing public sentiment regarding the case and its attendant media coverage, as the Lansing State Journal reported. That work was detailed in emails from Weber Shandwick staff members to MSU leadership, board of trustees members and in-house lawyers that mentioned specific articles and included “notable tweets” by several Nassar victims, their attorneys and their family members in addition to celebrities and journalists.

The news prompted outrage on social media about the nature of Weber Shandwick’s  work, the fees it charged (rates for 18 individual employees ranged from $200 to $600 per hour) and the presumption that those costs would be passed on to the MSU student body.

This should raise serious questions about the use of money by MSU. I wonder if anyone is being paid to track this? https://t.co/7Mliz1Us5L

Rachael Denhollander, the first woman to publicly accuse Nassar of sexual abuse, was among those who shared the story.

If MSU wanted to know about me and other survivors, they could have just talked to us. We had outstanding offers meet with them.
https://t.co/TvDupykfHF

MSU paid people $500k to read Twitter and Facebook all day? Dang. I'll do it for half that, guys. https://t.co/m8wjmIZp5d

The report was especially damaging because it came out just a day after news broke that former MSU dean William Strampel, Nassar’s former boss, was arraigned on sexual misconduct charges. At least four women claim Strampel either sexually harassed or assaulted them during his time at the school, according to the Lansing State Journal.

That’s fine, I’ll just be done paying parking tickets that you give me for being being 2 minutes over a meter if that’s what you’re using my money for. https://t.co/26tNPxkPVW

Also, maybe you should spend $500k going through your employee’s accounts and devices considering that’s 2 for 2 so far with pornographic material on them. Just a thought @michiganstate https://t.co/26tNPxkPVW

Weber Shandwick positioned its relationship with MSU as standard crisis communications work that was not intended to spy on victims or diminish the weight of their experiences.

“As with any assignment, we forwarded to our clients traditional media and publicly available social media pertaining to the horrible tragedy at MSU, including statements made online by the victims,” Dixon wrote.

She added, “The victims were, and continue to be, the most important voices in the conversation.”

A source with decades of experience in public relations told Adweek the work Weber Shandwick did is standard for clients going through extended crises, adding that the value of such services lies in thorough, real-time monitoring of all related coverage. Weber Shandwick’s status as one of the industry’s best-known PR firms may have justified such high fees.

In many such cases, firms provide detailed action plans to clients looking to overcome crises. It’s unclear whether Weber Shandwick did the same for MSU, and Dixon has not clarified why the firm resigned the account.