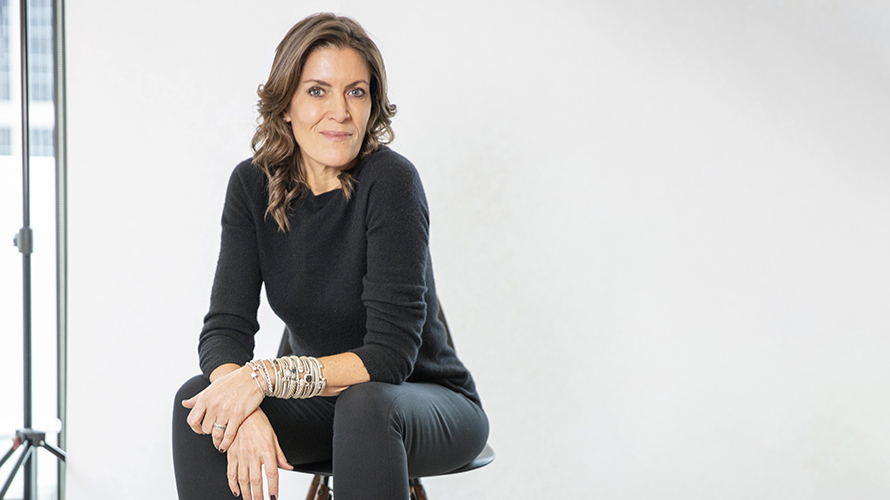 Wendy Clark has resigned as CEO of DDB Worldwide and will become CEO of Dentsu Aegis Network in September. - Credit by Dentsu Aegis

While today’s news of Wendy Clark exiting agency network DDB Worldwide in favor of Dentsu Aegis Network may have seemed sudden, it was the result of a months-long courting process that began—as courtship often does—with an unrequited note.

“I’ll be really honest,” Clark told Adweek today. “This conversation started mid-last year with me not returning their calls. I wasn’t interested in taking another role.”

But Dentsu Aegis executive chairman Tim Andree was persistent and persuasive, eventually convincing Clark to leave her role as CEO of DDB Worldwide and become the chief executive of the Dentsu-owned network, which includes all of the holding company’s agency operations outside of its home country of Japan.

The move places Clark at the head of a much larger organization, now overseeing all 42,000 Dentsu Aegis employees across 144 countries. (DDB, by comparison, has about 10,000 employees in 90 countries.) London-headquartered Denstu Aegis—which includes agencies mcgarrybowen, Isobar, Merkle and Carat—makes up about 60% of Dentsu Group’s revenue, with the rest being generated by Dentsu Japan.

While taking the reins at Dentsu Aegis marks an opportunity for Clark to play a leadership role on an even bigger stage, it also comes at a time of disorienting uncertainty for the network, the ad industry and the global economy.

A laser focus on growth

Dentsu Aegis has made a flurry of acquisitions in recent years, snapping up 177 businesses over six years. But the pace of acquisitions has slowed with each successive year, and Dentsu Aegis saw its organic growth drop 1.9% in 2019. Specifically, the network has struggled in France, Australia, Brazil, China and the U.K., where layoffs were expected to affect 9% of the 4,000 people in the network’s British workforce.

But Clark’s selection, and the fact she’ll be based in New York, highlights one area where Dentsu Aegis has seen growth: the Americas. The network grew 2.4% in the region last year.

Once she begins in the CEO role this September, Clark said her priority will be clear.

“The No. 1 thing that will be on my mind is growth,” she said. “The other thing is continuing to make sure we’ve got the right talent. If you look at my record at DDB, we changed 75% of the leadership at DDB North America.”

That turnover reflects Clark’s reputation as a catalyst who’s not afraid to shake up a large organization. At DDB, that change was most visible in the creative department, where Clark recruited BBH’s Ari Weiss as the first North American CCO for DDB in 2016. She then promoted him to global CCO in 2019 and brought in Leo Burnett U.S. CCO Britt Nolan to fill Weiss’s former role.

The Wendy Clark era: a period of transformation

Weiss’s arrival and ascendance marked a visibly transformational era for DDB, with longtime global CCO Amir Kassaei shifting to DDB agency C14torce in 2019 before announcing his retirement in February 2020.

"You have to bring your A-game [with Wendy Clark], because if you don't, you're gone."
—anonymous former DDB staffer
Clark’s willingness to shake up staffing and leadership could be polarizing, noted one former DDB staffer who asked not to be identified by name. While it could make some long-time employees uneasy, others felt her approach was a constant reminder not to coast on prior successes.

“You have to bring your A-game because if you don’t, you’re gone,” the former DDB staffer said.

Clark’s four-year executive stint at DDB, first as North American CEO and then its global chief, has definitely seen its highs and lows.

She was key to developing We Are Unlimited, the bespoke DDB agency created to service the McDonald’s account. Under her global leadership, the network’s Chicago office led the hard-fought pitch that won the U.S. Army account. DDB’s New York office became the first creative agency of record for grocer Kroger in July 2019, and London-based Adam&EveDDB landed the iconic Sony PlayStation creative account.

On a more personal level, Clark—often cited as one of advertising’s top women in leadership—faced vocal backlash after hiring former Droga5 CCO Ted Royer to work freelance on DDB’s Volkswagen pitch, despite Royer being terminated by his former agency after an investigation into undisclosed accusations. Clark called the hiring “a mistake” and voluntarily stepped down from the Times Up Advertising steering committee.

‘The next step of my journey’

In the end, Clark said, her decision to leave DDB is not a statement about either her time at the agency or her outlook for its future. Instead, she was lured by the potential to grow an even larger organization through what is clearly a transitional time—both for the network and the industry.

“This wasn’t a decision or judgment on DDB,” she said. “It was something broader and interesting, that stretched me and pushed me on the next step of my journey.”

"This wasn't a decision or judgment on DDB. It was something broader and interesting, that stretched me and pushed me on the next step of my journey."
—Wendy Clark, outgoing CEO, DDB Worldwide
While she’s highly experienced on both the agency and client sides of the business (Clark previously worked at AT&T and Coca-Cola before joining DDB), Dentsu Aegis represents a new type of challenge. Essentially a holding company for all Dentsu’s operations outside of Japan, Dentsu Aegis includes a wide swath of agency categories that are relatively new to Clark, such as performance marketing via Merkle and media via Carat.

“The way I go into a job, I’m exceedingly comfortable with being open about everything I don’t know,” Clark said. “I don’t have to be the smartest person in the room. I’m the person who’s going to get in, pull my sleeves up and put in the time to learn.”

Although her role doesn’t officially begin until September, Clark said the impact of COVID-19 on consumers, brand marketers and agencies is already something she’s thinking about each day. Dentsu Aegis, with its array of agency types and client relationships, is an organization that’s well suited to be a leader and offer guidance to clients during these uncertain times.

“The change we’re experiencing daily is more like what we’d previously have experienced in a week, and a week is like a month,” she said. “What’s clear is consumers want brands and agencies to be part of the discussion. The expectation from consumers is, ‘I want to hear from you in our communities, and I want to know what you’re doing for me.'”

As for her exit from DDB and the leadership vacuum it might create, Clark said she’s confident the agency network will do well without her.