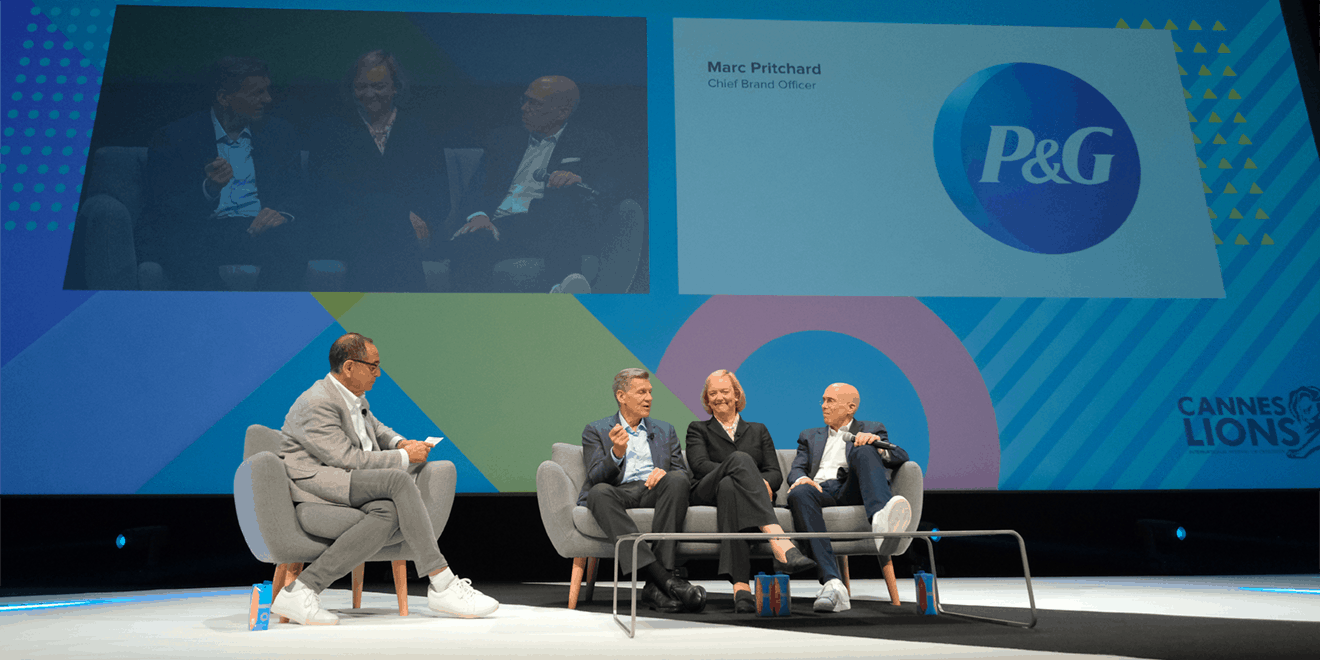 Two years ago at the Cannes Lions, Jeffrey Katzenberg started talking about how premium content on mobile devices could reshape the entertainment landscape. At the time, the working name of the project was “New TV,” and the idea was that premium content created by some of the world’s most talented storytellers and delivered via mobile devices could present, as he called it, “the next megamedia opportunity.”

Fast forward to this year’s festival and Katzenberg’s platform, Quibi, a portmanteau of “quick bites,” has gained substantial momentum. Additionally, Katzenberg has accumulated a great deal of firepower, including adding Meg Whitman as the company’s CEO in January 2018 and enlisting an all-star creative roster that includes Steven Spielberg, Jennifer Lopez, Scooter Braun, Lorne Michaels and others.

Quibi, which is slated for an April 2020 launch, is extraordinarily well funded, with some reports saying the company has $1 billion to work with and that the ambitious platform is purposeful in its intention to bring the very best of Hollywood and Silicon Valley together.

To that end, having Katzenberg and Whitman together makes all the sense in the world. Katzenberg is an entertainment legend, and Whitman has been at the forefront of technology in her CEO stints at eBay and HP Enterprise. It’s also hard not to get enchanted with the duo’s enthusiasm for Quibi not just in the content it will deliver—Whitman pointed out that it is the first OTT service that will launch without acquiring a library of content—but the user experience it is creating.

“The beauty of it is that there is a white space where no one has gone yet,” Katzenberg said after his talk with Whitman and MediaLink CEO Michael Kassan on the main stage in Cannes last week. “And that’s the opportunity, the ability and the opportunity, to bring the best of Hollywood quality, talent, production and financial resources to this now extremely well-established consumer habit that has been built by the brilliance of YouTube, Facebook Watch, Instagram and Snapchat. But they’re not doing what we’re doing.”

One of the most significant endorsements of Quibi is the fact that it is launching with substantial brand support—all exclusively on the platform in its 10 verticals—from P&G, Google, Walmart, Progressive, ABInBev and Pepsico.

Onstage at Cannes, P&G’s chief brand officer Marc Pritchard joined the panel and pointed out that the $15 million bet the brand is placing on the platform was an immediate yes.

"[Jeffrey Katzenberg] said 'we're going to go right in the middle' and 'skate where the puck is going.' I said that he could count me in."
Marc Pritchard, chief brand officer, P&G

“About two years ago, [Katzenberg] gave the pitch on how consumer behavior is changing and how great platforms like Netflix have been creating long-form content and how YouTube has created user-generated short-form content,” Pritchard said. “He said, ‘We’re going to go right in the middle’ and ‘skate where the puck is going.’ I said that he could count me in.”

“The environments that [P&G and Pritchard] has today are either compromised (due to brand safety issues) or crowded,” said Katzenberg, who was named Cannes Lions’ Media Person of the Year.

“They were the first,” added Whitman, who is on the P&G board. “[And] we want the most iconic, innovative brands to help us build this platform.”

An argument for the contrarians

For all of its flashiness, there are still plenty of naysayers, especially among agencies, that feel advertising on the platform is expensive and hasn’t yet proved itself to be worth the price.

“You’re going to see a lot of sampling [at launch], but the question becomes: Do people feel like this is going to become a must-have part of their lives?” one media buyer previously told Adweek. Another noted the $60 to $70 CPM (cost per thousand impressions) seemed high.

“That’s roughly equivalent to prime-time television or live sports,” the source told Adweek at the time. “They’re pricing it like it’s the most valuable highly produced commodity that you can buy in television.”

I don't think anyone has tried to think about [Quibi] as a native platform and make the most of it.
Agathe Guerrier, head of strategy, BBH L.A.

Not everyone feels that way. Agathe Guerrier, head of strategy for BBH L.A., one of the agencies involved with creating the pitch to help Quibi approach advertisers—both Publicis and WPP were involved—said thinking in a traditional buying sense isn’t the right approach.

“Initially, the brief was very much written as a media sales brief,” she said. “Obviously, we’re a creative agency and, after getting clarification of the assignment, we realized that this was a major innovation brief, and we got excited about that. I don’t think anyone has tried to think about [Quibi] as a native platform and make the most of it. What [the CPM number] doesn’t account for are all of the other benefits for launch sponsors including absolute exclusivity, strategic partnerships, cross-brand activations … and that’s not being fairly reflected by the CPM.”

A big part of Quibi’s proposition for brands is exclusivity, a very light ad load and brand safety. These are common refrains in media conversations. Tim Harvey, chief growth officer and partner at BBH, said the user experience is another critical piece of the puzzle.

“This is crazily innovative,” Harvey said. “And the brands that have ended up going on the journey with them tend to be ones that never really thought of it as a media conversation. It’s a shame that there are conversations around CPM and that’s how we’re still battling this thing because [Quibi] is in a category of one. You shouldn’t be doing ‘apples with apples’ on this because there’s nothing to compare it with.”

The data points to success

Indeed, the data points to a rapidly changing landscape. According to eMarketer, the smartphone user base is growing to an estimated 2.87 billion users globally, and average daily time spent viewing video on mobile has risen to 60 minutes, up from 22 minutes four years ago.

Another point in Quibi’s favor is that “on-the-go” video viewing grew 42.9% between 2010 and 2016 and “while-commuting” video rates rose 17.8%. Comparatively, “at-home” viewing over the same period only rose 1.98%, according to Ericson Consumer Lab TV and Media.

But the significant number is ad spend, with mobile now the “first screen” for advertising with an estimated $175 billion in 2019, per WARC’s Global Ad Trends study.

Put all of that together with the highest-quality content on a purpose-built mobile platform, with some of the world’s biggest advertisers on board from the beginning, and it’s hard to think that Quibi could be anything but a rousing success. Of course, building it is one thing, and launching it is quite another. Whitman noted that the brand will work with a yet-to-be-named agency to help it come to life for consumers in April next year.

So far, brands are placing their bets. Like any new endeavor, there will always be a level of risk in the modern world of content and entertainment.

“It could flop,” Guerrier said. “But we don’t think so. … There’s an element of risk to it, but it’s also what makes it exciting, because I think the brands that manage to crack the code of mobile storytelling will do very well in the future.”