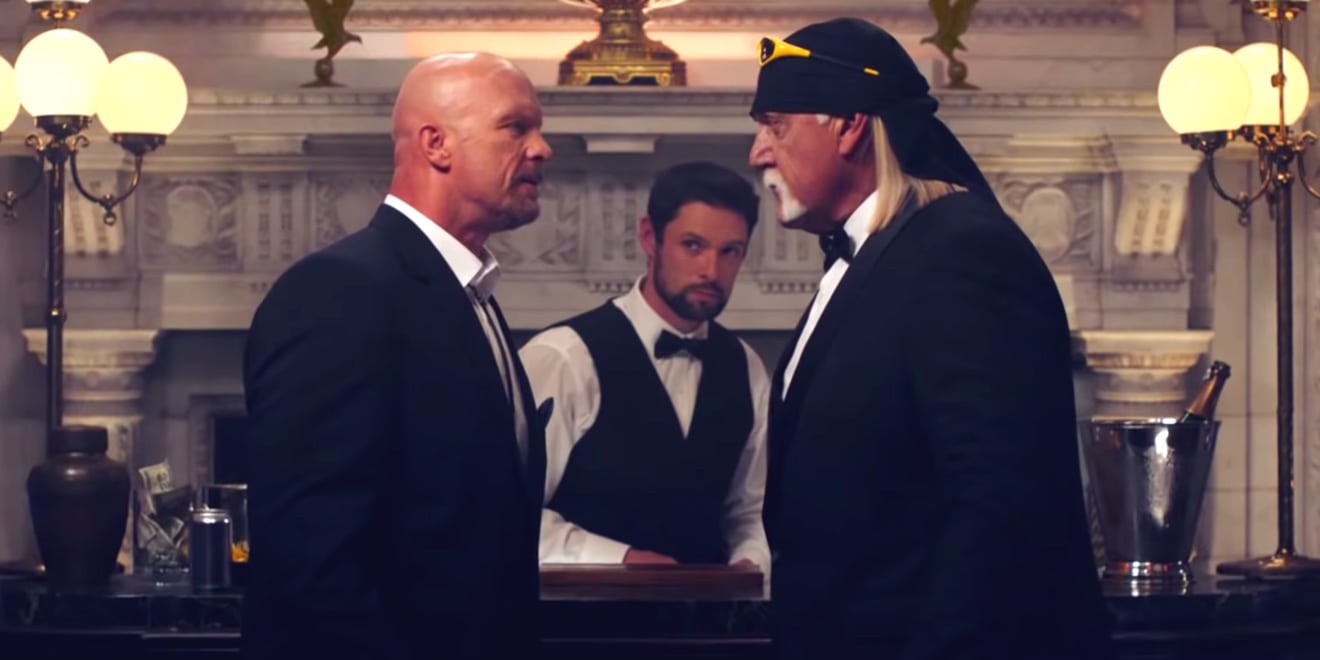 For nearly 63 years, the WWE has been able to sell family-friendly violence, blending sportsmanship with high theatrics and sequined speedos.

The company has also tendered the careers of some of our biggest cultural figures, from the late Andre the Giant to action film staple Dwayne “The Rock” Johnson. While it’s fun (and stressful) to watch a person leap backward off of a ladder onto their unfortunate foe, what makes the sport so worthwhile is the slowly percolating tension between opponents—ire that builds over the course of weeks, months and even years.

An enthralled viewer should (hopefully) walk away believing that Stone Cold Steve Austin and Hulk Hogan—if they ever had the opportunity to really face off, that is—positively despise each other. But that certainly shouldn’t stop them from enjoying a lovely evening together.

In a spot for video game WWE 2K20 titled “Ballroom Brawl” by agency barrettSF, some of the biggest personalities in WWE Wrestling have been gathered for an ornate soiree at a fancy mansion. Donning their finest tuxedos and loveliest gowns, the wrestling legends fake pleasantries in front of snapping cameras. But as soon as the lights stop flashing for even a moment, stars like Becky Lynch and Charlotte Flair share a famously intense staredown while Austin and Hogan’s strained greetings are enough to stop any heart for a brief moment.

It comes to a head when famed manager and commentator Paul Heyman accidentally knocks a dessert on Roman Reigns—an incident that could literally be washed away with just a quick trip to the bathroom. But this is the WWE, and Reigns’ stony glare signals certain payback just before the scene quickly cuts to shots of the game in motion.

The spot isn’t about the expected brawl itself, but the promise of one. The theatrics that lead up to the body slams are as famous as the actual acts themselves, and it’s integral to the fun of the sport. Also, it’s a great way for fans to imagine some of the biggest names in the sport going head-to-head, a long-standing draw for the WWE gaming franchise.

“Fans love debating and discussing the biggest matches that never happened,” said barrettSF creative director Todd Eisner. “Like Hulk Hogan and Stone Cold Steve Austin, those two never actually had a one-on-one match. We wanted to show that the only place it can happen is in WWE 2K20.”