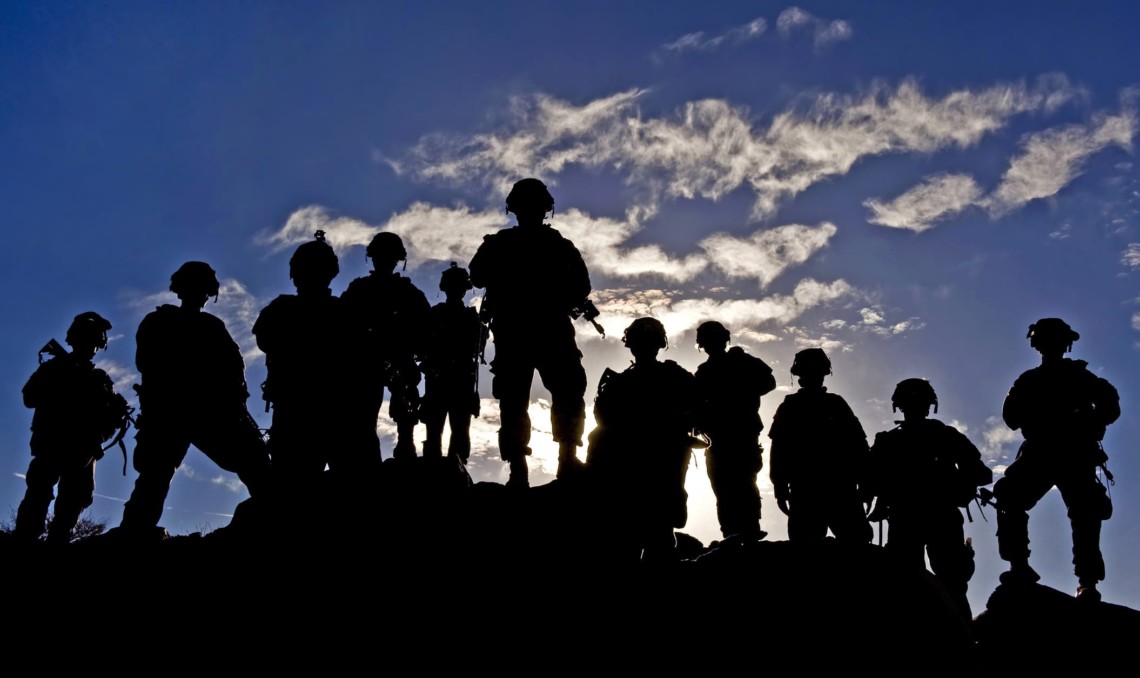 The review has been active in some form since 2015.
Getty Images
Share
By Patrick Coffee
|
January 11, 2019
Share

The seemingly endless fight over the U.S. Army’s advertising business has taken yet another turn as WPP joined IPG’s McCann Worldgroup in contesting the government’s November decision to award the account to Team DDB, an Omnicom entity led by that agency’s Chicago office.

According to the Army’s own estimates, the contract concerns up to $4 billion in spending over 10 years.

Washington, D.C., law firm Wiley Rein filed a bid protest with the U.S. Court of Federal Claims on behalf of WPP’s Possible, which led the Army pitch, on Dec. 19, approximately one month after DDB officially won the business. The Army’s decision itself came one day after the Government Accountability Office denied a similar bid protest filed by McCann, which had been incumbent on the account for more than 12 years.

On the same day the Possible protest was filed, D.C. law firm Latham & Watkins, LLP also filed a motion to intervene on behalf of DDB, thereby making DDB an “intervenor defendant” in the case of Possible vs. U.S.A. The entire document was initially sealed and only made public in redacted form on Jan. 8, when senior Judge Eric G. Bruggink granted a joint DDB-WPP motion to unseal it “for good cause.”

All sections of the document concerning Possible’s technical qualifications remain completely redacted despite multiple motions for access to protected material by lawyers representing both agencies as well as a group of consultants with a history of advising contractors and military groups like Booz Allen Hamilton and Northrop Grumman that were retained by DDB’s law firm.

In the protest, Wiley Rein argues that Possible’s pitch was not given a fair evaluation and that DDB only won the review by undercutting its competitors on price.

The filing states that Possible fulfilled the solicitation’s requirements that competing agencies offer pitches that were “highly innovative and based on meaningful and relevant insights” to assist with Army recruiting efforts and “should have been awarded the contract on that basis” except for three errors on the part of the Army: flawed evaluations of the three finalists’ price proposals, a flawed evaluation of Possible’s technical offering and an inaccurate technical rating assigned to DDB.

Regarding price, the complaint claims the Army did not judge the agencies’ pitches by any accepted standard but simply compared them to one another and chose DDB because it offered fees that were lower than McCann’s.

“At a price that, upon information and belief, was lower than the incumbent contract, DDB will likely be unable to perform the basic requirements of the contract. It certainly did not offer the innovation the Army sought,” the document reads. “Although it developed an Independent Government Cost Estimate for the contract, the Army did not use it; instead, it merely compared the offerors’ proposed prices to each other.”

The Army should have amended the entire solicitation, this line of reasoning concludes, once it acknowledged the three competitors were “bidding against different requirements.”

The protest goes on to claim that “at DDB’s price, it could not have offered the levels of innovation that Possible did,” attributing the WPP network’s higher price to the same redacted offerings and lamenting the fact that DDB “nonetheless received a higher technical rating.”

Much like McCann, Possible argues that the Army must reconsider the final submissions in order to better determine which agency group would provide the best value.

The remainder of the heavily redacted protest details the entirety of the solicitation or review, revealing that DDB’s listed price was just under $136 million for the duration of the contract. All elements of Possible’s debriefing slide were redacted.

Spokespeople for WPP, Possible and McCann declined to comment on the case.