Kaminkow replaces Steve Harding, who has been global CEO of Geometry since its launch six years ago. He’s been with WPP for a total of 14 years and was previously global CEO of Ogilvy Action, which along with G2 and JWT Action formed Geometry in 2013. Harding also led that agency’s U.K. and EAME regions as chief executive before that. 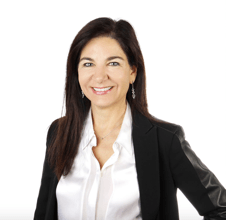 WPP said Harding led the merger that formed Geometry, the world’s largest brand experience and activation network, and will remain with the agency until the summer to ensure a smooth transition. It’s not entirely clear what Harding plans to do next, but a Geometry spokesperson said he will likely take some time to spend with family.

“I have decided the time is right to hand over the leadership reins,” he said in a statement. “We have come a long way since the merger, and we have begun the process of transformation that will ensure Geometry’s continued relevance and success.”

A transition process is also underway at Kantar Consulting.

“[Geometry] is the perfect landing spot for me right now,” Kaminkow told Adweek.

Kaminkow joined Kantar Vermeer as global CEO in 2016 and remained there until January 2018 when she shifted to Kantar Consulting. She was formerly global chief marketing officer at the now-defunct commercial real estate company Westfield, and before that she was CEO and president of Omnicom’s TracyLocke, a part of DDB Worldwide.

She said all of her previous roles have prepared her for the one she will take on now.

“Kantar is very focused on the future of data in digital transformation and consulting,” Kaminkow said, explaining that she is now looking forward to exploring how data can create better branded experiences and activations at Geometry.

Still, she admitted that “digital transformation and consulting” are just “buzzwords.” Essentially, what agencies should be focused on is becoming “incredibly client-centric.”

“[We must] walk in our clients’ shoes,” Kaminkow added.

“Since Geometry was formed, Steve has led the company with passion and determination,” said WPP CEO Mark Read in a statement. “I would like to thank him for his stewardship of the business. Beth Ann has done an exceptional job at Kantar Consulting, and I am delighted that she will be taking up the CEO role at Geometry.”