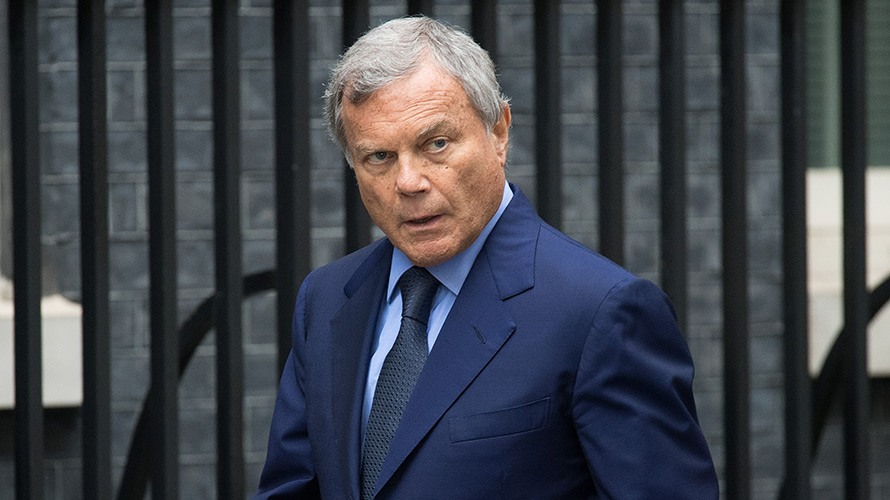 Sorrell does not think the digital platforms are a threat to his business. - Credit by Getty Images

It marks the third time WPP has cut its annual sales expectations, and its own Q3 presentation posed the frankest question facing the industry: “Are Google and Facebook eating our lunch?”

The most significant number from the report may have been 1.1 percent, the amount by which like-for-like net sales declined during the quarter. The company’s overall performance was particularly disappointing in North America, which has seen a 3.7 percent decline in revenue growth so far this year. 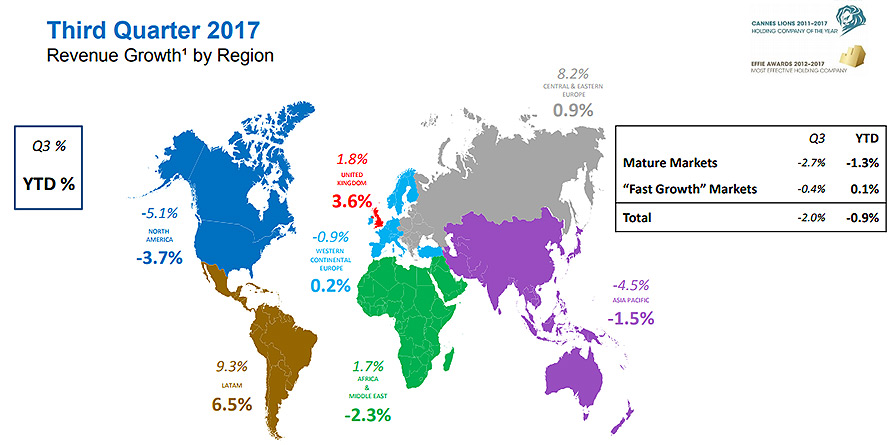 In comments and a series of interviews, CEO Martin Sorrell attributed the shift to spending cuts at CPG companies along with a rise in the power of “activist investors” and consultants brought in to help clients reduce their overall costs.

He told the BBC that the ad industry, like the larger global economy, has entered a “new normal of low growth, low inflation and limited pricing power.”

Analysts largely attribute the challenges faced by WPP and its chief competitors Omnicom, IPG and Publicis to cuts by big spenders like P&G and Unilever as well as a newfound focus on eliminating inefficiencies in the digital landscape, a reduction in media fees that provide a significant share of holding company profits and a shift toward project-based assignments that has greatly reduced the average value of a creative agency account win.

Sorrell shrugged off suggestions that Facebook and Google pose a fundamental threat to the traditional agency model, and WPP’s own data showed how much their shares of the group’s spending have exploded over the past five years.

How WPP's spending with media owners has changed since 2012. In 2012, Facebook was just #28 pic.twitter.com/n1xV9VxtEw

The report also aggressively contested the idea that consultancies like Deloitte and Accenture are moving in on WPP’s creative turf, referring to recent trade reports that put those companies atop the digital agency list as “fake news.”

In an interview with City A.M., Sorrell suggested that clients need to stop buying into the consultancies’ cost-reduction solutions and adopt a more expansive, long-term view of their own businesses.

WPP’s stock price has not significantly changed today, but it dropped in both August and October as analysts cut their estimates for clients’ media budgets.