From Everytown and Moms Demand Action 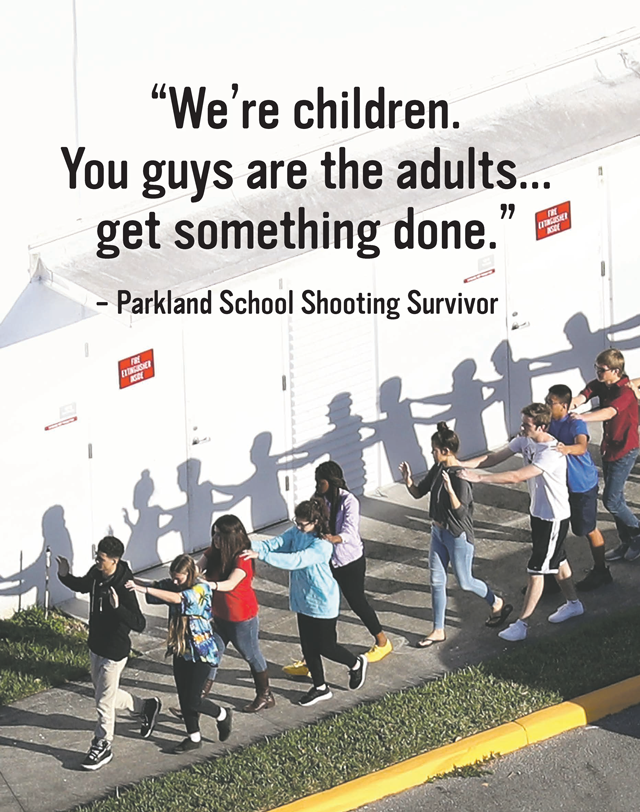 Two gun control groups, Everytown for Gun Safety and Moms Demand Action for Gun Sense in America, have taken out a two-page ad in today’s The New York Times listing members of Congress who have accepted donations from the National Rifle Association.

Following last week’s mass shooting at Marjory Stoneman Douglas High School in Parkland, Fla., the groups created an action plan, #ThrowThemOut. The ad, which cost $230,000 and was created by the groups with help from strategic communications firm SKDK, is part of that plan.

“We are having a national conversation right now about this issue,” said Shannon Watts, founder of Moms Demand Action for Gun Sense in America. “A lot of people want to act. One way to act is to call your representative, to have knowledge when you do of how much that lawmaker took from the NRA and how it might impact their vote on gun safety. To be able to see the list and then to take action is a very important part of democracy.”

Watts continued: “We want to continue this conversation at a national level as long as we possibly can because what really matters is what happens in the midterms. That will determine the future of what laws are made around this issue.”

“We wanted to just have a list of lawmakers who have not acted on gun safety and who have taken a significant amount of money from the NRA,” said Watts. “That combination is deadly for America.”

Creating a print ad allows the groups to give people “something tangible that they can hold onto, cut out of a newspaper” so that they can keep the information easily accessible, explained Watts.

“Americans have had enough,” said John Feinblatt, president of Everytown for Gun Safety, in a statement. “The public is united behind common-sense gun laws. Members of Congress can step up or voters will throw them out.”

Representatives for The New York Times and the NRA did not immediately response to requests for comment.

Click the image below to see the ad in full: 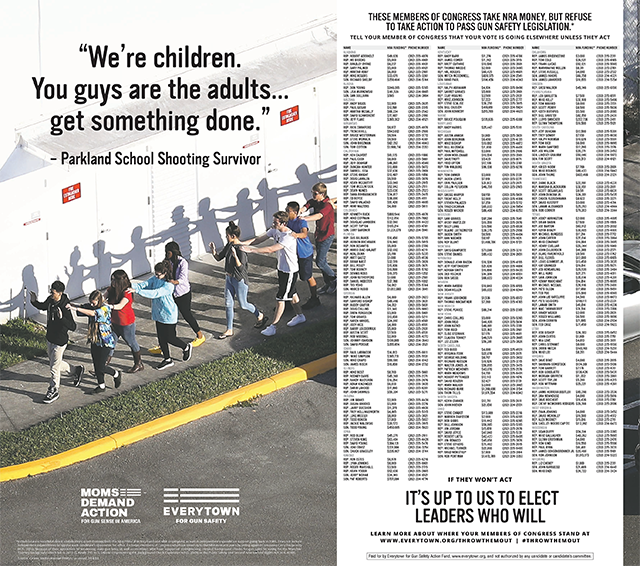