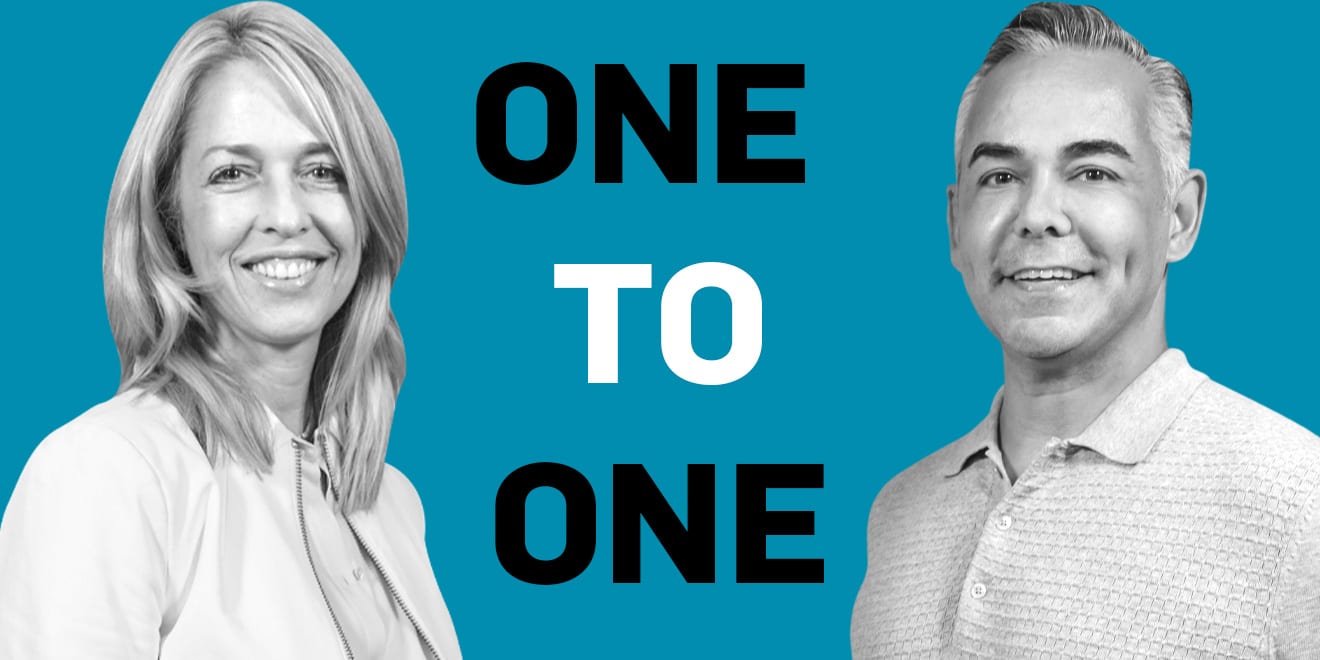 Pam Kaufman, president of global consumer products for Viacom and Nickelodeon, and Rick Gomez, chief marketing and digital officer for Target, interview each other. - Credit by Trent Joaquin for Adweek

Inclusivity is arguably one of the hottest topics among marketers. Curious to see how it’s playing out with two of the world’s biggest brands, we asked Rick Gomez, chief marketing and digital officer for Target, and Pam Kaufman, president of global consumer products for Viacom and Nickelodeon, to interview each other.

In the discussion, they dive deep into their respective inclusivity programs, touching on body image, adaptive Halloween costumes and the world of influencers, and talk candidly about how inclusion can be challenging from a leadership perspective and across their organizations. They also reinforce why inclusivity truly starts on the inside.

This conversation was originally recorded on the CMO Moves podcast and has been edited and condensed for length and clarity. 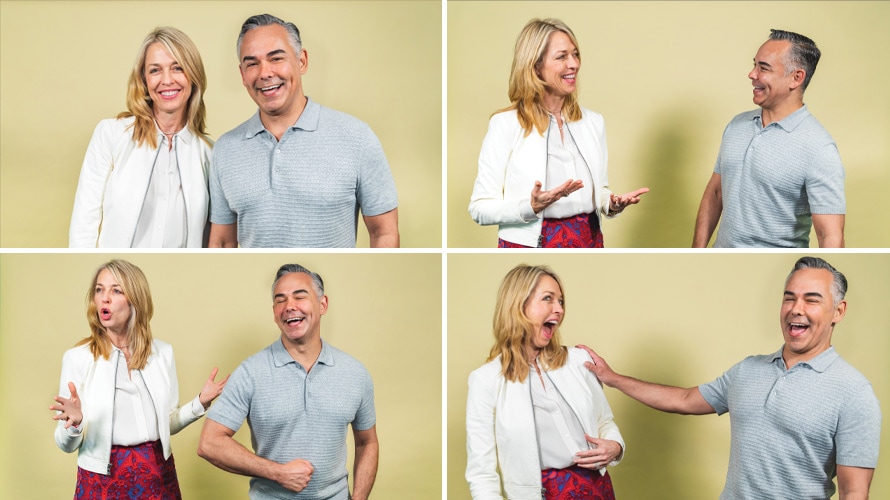 Rick Gomez: Since I’ve known you, you got promoted with more significant responsibilities. [Kaufman was promoted in May 2018 from her position as president of consumer products and CMO for Nickelodeon.] It’s now global. Do you want to talk about how that transition has gone?

Pam Kaufman: In the last year and a half, I have enjoyed learning the international marketplace. You know, I grew up at Viacom. Before, I was the CMO at Nickelodeon, and I was part of Nick’s consumer products business, but now I’m overseeing all of the global consumer products business for the Viacom brands. So that means I now manage Nickelodeon, MTV, Comedy Central, BET and Paramount Pictures. It’s the first time I’m working really across the company.

Gomez: Let’s talk a little bit about inclusion. I saw on your social feed that you had had this big event going on at Viacom: Inclusion Week. Can you talk about what that is and why inclusion is so important to Viacom?

Kaufman: Bob Bakish, the CEO of Viacom, has done an incredible job of really helping to change the culture of the organization, break down barriers and silos. First, it’s about leadership. Of course, it starts at the top, and we are being incredibly intentional about bringing more women and people of color to our leadership. The second is all about our employees, and we have done a tremendous amount of work to make sure that people in our teams are not just going to their Rolodex, that we are meeting people all over the industry and trying to bring new perspectives to the organization. We’ve also been leaning in through our Employee Resource Groups, which represent all facets of the community. From a content and a consumer-products perspective, we are making sure we are representing our diverse audience in front of the camera and behind the camera with the stories we’re telling and the products we’re developing.

Gomez: For Target as well, we are thinking about diversity and inclusion for all, so from a multicultural perspective, a gender perspective, sexual orientation, abilities, age and even [body] size. If you look at our design collaborations, one of the things we’re proud of is not only just making designers accessible, but going to the designers and saying, “We want size inclusion.” We believe that this is what the consumer wants, and that has been a way for us to drive more inclusivity. In our casting, we show that these designer collaborations are for everybody: different ages, different sizes, different backgrounds.

Kaufman: You have really led in this space. I want to acknowledge that because first of all, it’s amazing what you’re doing. For us, we also push our licensees to be more inclusive with sizing—thanks to how Target’s led in terms of sizing for all. And you’ve changed the mannequins [to represent different body types].

Gomez: We want people to feel like when they walk in they are welcome, they are respected—they belong regardless of who they are. So, yes, we’ve even changed the mannequins. Now those mannequins range from size 4 to size 22. People walk in and they see those mannequins—[they know] it doesn’t matter what size you are. And the other thing that I’m really proud of is we just launched a line of Halloween costumes that are especially inclusive for kids in wheelchairs. So, for example, you have this elegant princess and her wheelchair turns into a carriage, or you have a pirate and the wheelchair turns into a pirate ship. We also have adaptive Halloween costumes that have holes in the abdomen for medical devices. They’re really important to our brand, and they are even more important to our team members because they have this sense of pride in Target’s doing the right thing and they want to be a part of that.

Kaufman: It’s not easy, though. It can be challenging. Sometimes we do have to lead our partners, and it’s maybe not obvious to them. We work with so many different toy companies. They don’t always want to make the second and third character that might not be a Caucasian character. They might not always want to change features in toy representation. I’m super proud of the way our team has pushed on more diverse representation in the toy space as well as with our characters. And we want to keep leading in that space.

Gomez: I agree. It’s not easy. We had an example of how it’s not easy when we ran some creative that had a Spanish-language song in the background on English-language TV. The spot is amazing, and I’m really proud of the creative. It was focusing on our fall style work, and it was terrific. But we did get complaints. We got letters asking why would we have Spanish language on an English-language network. And because I’m Latino, I was called out as—[people said] this is my agenda. So it does force you, in those moments, to pause and to think, “Am I doing the right thing for our guests, for our brand, or is this me?” You have to go back to the consumer insights and the consumer data to realize, “You know what? Our guest is increasingly multicultural, and we’re doing what’s right for the brand when we’re doing what’s right for the consumer. We’re OK. We can take some negative emails.”

You have to listen to the consumer and listen to the guest. Equally important is having people on your team who are willing to raise their hand and say, “Hey, I have an idea,” or “This is what I think because of who I am and my experiences.” You have to create a culture that fosters the ability to speak up. You have to have diversity on the team, people who reflect different issues.

Kaufman: One of the examples I love to share is about both listening to the consumer and being open to new ideas that come from your team. Four years ago, we didn’t really understand the world of influencers. We knew that for kids, the second most important group of people, next to parents, were influencers. We also saw from the retail data that there was a big void in the 9- to 14-year-old girl aisle. So we went to the team, sharing the opportunity, and a person on my team came forth and said, “I know this young woman. She’s 12, and I think she could be perfect for us.” And we met [YouTube personality] JoJo Siwa. She had just come off of [the Lifetime reality series] Dance Moms. She was this young woman who had a very small consumer products business. So we took a bet, thanks to someone on our team who brought this idea forward. Fast-forward three years later, and JoJo is a $1 billion business at retail.

You’ve got so much going on. What are you looking forward to? What is keeping you excited?

Gomez: At retail, particularly when you sell toys, electronics and apparel, it is all about the holidays. So we are super focused on the holidays and fourth quarter and going into that season with a big body of marketing work. I’m really proud of what the team has done. But what’s also exciting this year is we have something in our toolbox that we’ve never had before: a new loyalty program called Target Circle. That’s going to enable us to shift from being a mass marketer to much more of a personalized one-to-one marketer. It’s a free program with tons of perks, like community giving, access to events and 1% savings on all your shopping at Target, to name a few. I think that’s going to make a big difference for our business this fourth quarter.

Now your turn, Pam. What are you excited about?

Kaufman: Well, aside from the first-ever Paw Patrol Target gift card, we are relaunching one of the greatest preschool shows ever this fall, Blue’s Clues & You!, with a new host, Josh Dela Cruz. We have a new SpongeBob series coming up and a new SpongeBob film next year, so I’m very excited about that. And next summer, get ready, Top Gun: Maverick, the sequel’s coming. Finally, we just announced we acquired Garfield, so we are going to relaunch the original grumpy cat. 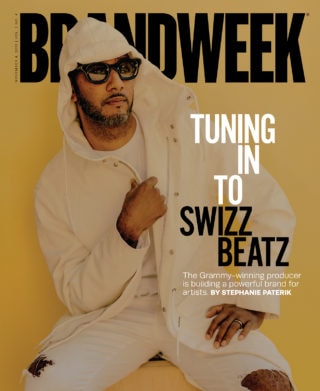 Click for more from this issue
This story first appeared in the Nov. 4, 2019, issue of Brandweek.
nadine.dietz@adweek.com Nadine Dietz is chief community officer at Adweek and host of the CMO Moves podcast.