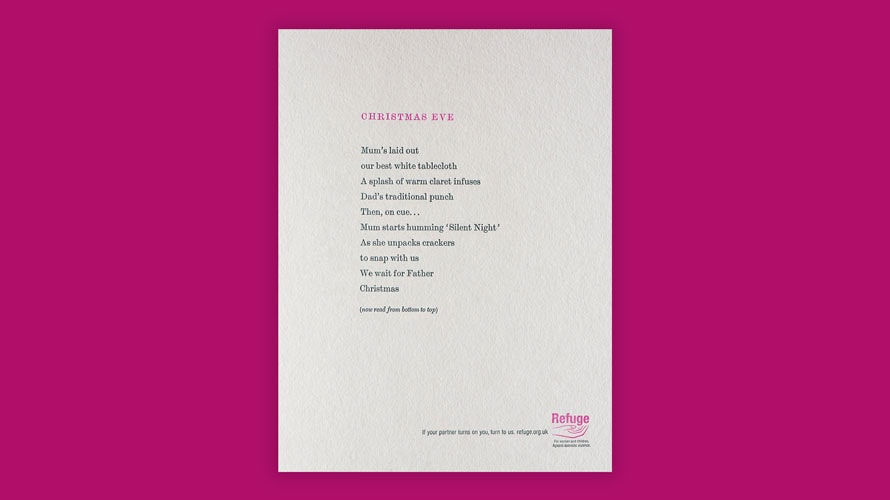 A major trend in healthcare is to reach consumers with secret messaging. - Credit by Refuge

Around the corner from the main Palais at Cannes Lions is a meeting of uber experts, health and wellness leaders who work every day to fuel life-changing creativity. The major trends in their conference this year focused on a new age of inclusivity, unexpected new ways to get people involved in topics they might prefer to ignore and—my favorite—secret messages.

These secret messages are designed to speak just to the insiders, the people who need the information the most, and exclude others who the advocates and brands want intentionally left in the dark.

Let’s start in New Zealand. There, like in much of the world, elder abuse is rampant, and three-quarters of those abusers are family members. These elders are a difficult audience to reach because they are often kept indoors and their caregivers/abusers limit access to media and support mechanisms.

The Office for Seniors wanted to find a way to get its message of help and support only to the people who needed it most. The Undercover Crosswords program was designed to be seen just by seniors. It’s not a pamphlet or a helpline, just a simple crossword puzzle in the daily newspaper. In the weeks before Elder Abuse Awareness Day, the Officer of Seniors ran 10 undercover puzzles. Each had a clue connected to elder abuse, including family failing to repay money, neglecting medical needs and over-medicating, along with small prompts to call a helpline. The adapted crosswords ran in nearly every newspaper in New Zealand. In the first week, calls to the helpline increased 112%. By the end of the campaign and associated media coverage, they jumped to 271%. 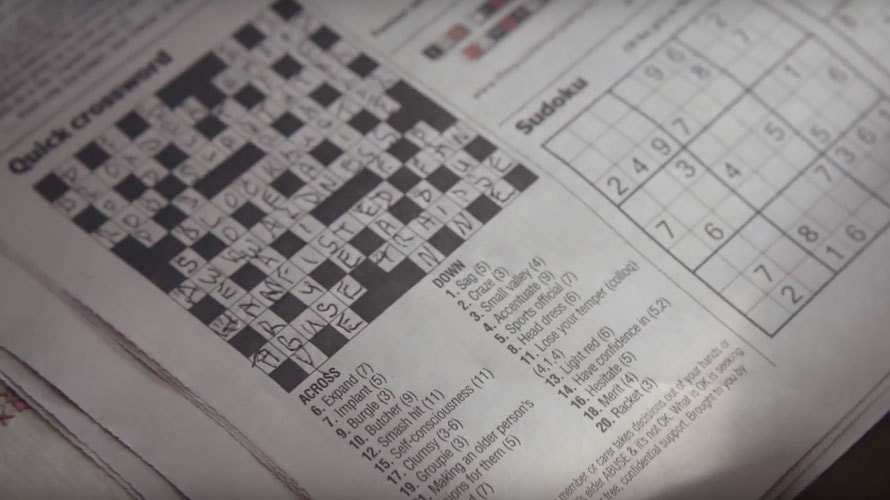 In the U.K., a nonprofit called Refuge connects vulnerable women to needed services, like safe houses, health education, and counseling. Its overall goal: raise awareness of domestic abuse and improve access to resources to protect women.

The number of women killed by domestic abuse in the U.K. is staggering, but the increase during the holiday season is even more so, with a 30% bump. To connect with abused or vulnerable women at that critical festive season, Refuge created a series of reversible poems. Read top to bottom, they sound like a loving relationship. Read in reverse, they reveal the real abuse. They are designed to show the moments when a relationship changes. Their call to action was: “If your partner turns on you, turn to us.” 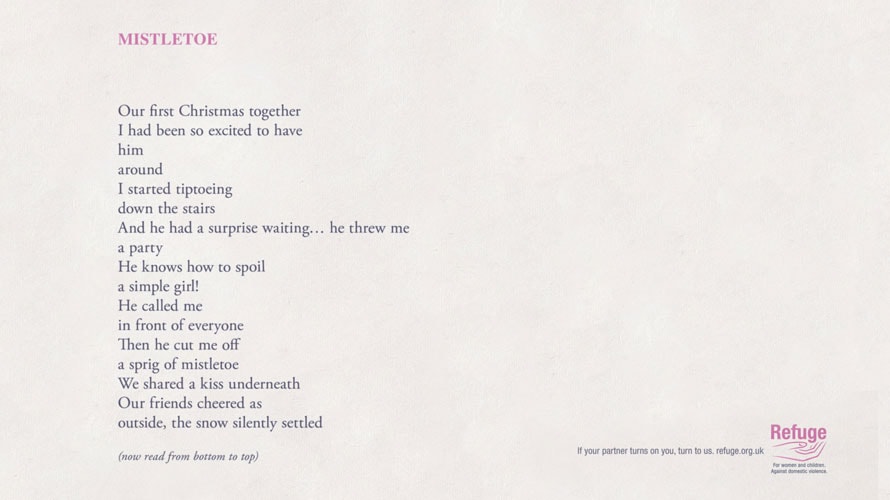 Although the idea of the reverse read may not be a novel one, the beauty of the stories and the relevance to people who would take time to read them is compelling. Mobile versions of the campaign included a prompt to turn the phone 180 degrees, revealing the alternate story. That version also included an escape button to quickly get back to the idyllic holiday poem if someone else was looking at the phone.

Finally, in Peru, the Ministry of Health sent a secret message to soap opera fans.

The country has one of the lowest rates of organ donation in its region, and traditional awareness campaigns had failed to move the numbers. So, instead of trying the usual channels, they tapped into one they knew many Peruvians were obsessed with: soap operas. 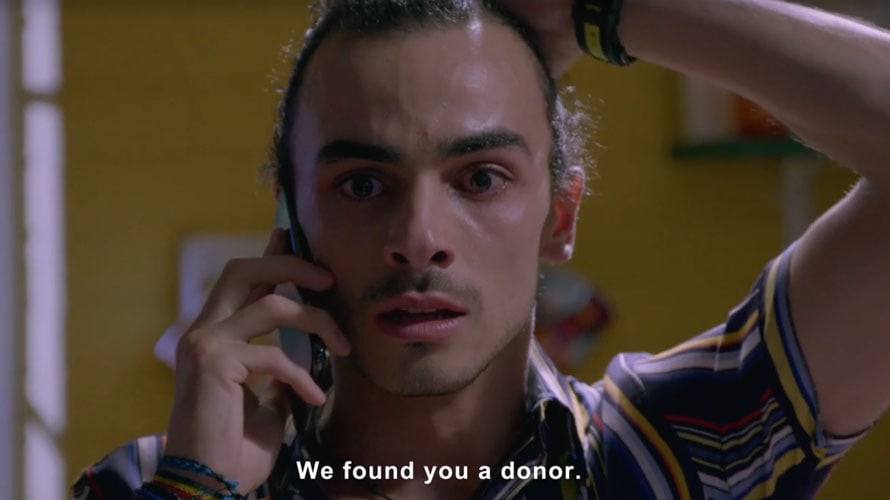 The ministry organized a donation between two characters from rival soap operas. When Yair from Ojitos Hechiceros 2 donated his kidney to the main character of Señores Papis, fans instantly realized the impact and started entirely new conversations about being that kind of hero. Within a week, the cross-series stunt increased the number of organ donors by 200%.
Leigh Householder is managing director of insights and innovation for Syneos Health Communications.