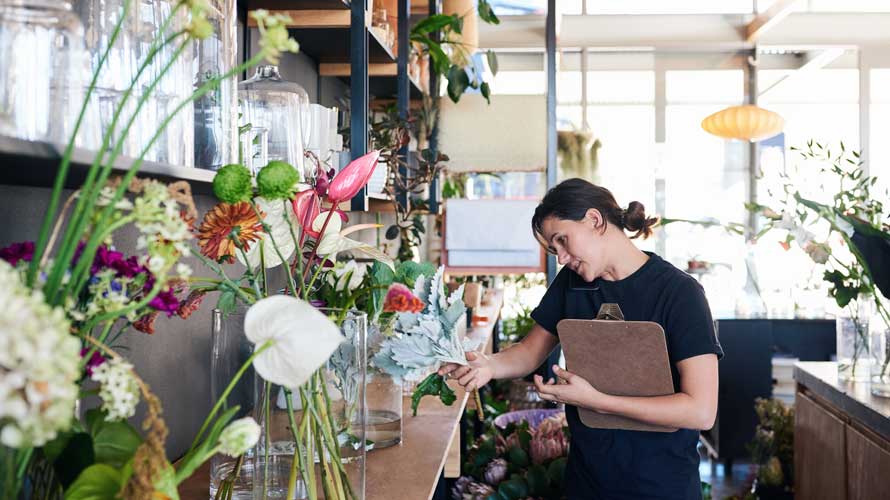 Small businesses have been changed forever by Covid-19. Getty Images

Store closures. Lockdowns. Bankruptcies. Pivots. Surprising success. In the past few months, brands around the world have seen it all. Now that lockdowns are being lifted and reopenings are underway, how will businesses emerge after weeks of unparalleled challenges?

That’s been the question on the minds of Meghan Keaney Anderson, vice president of marketing at HubSpot and host of The Growth Show podcast and Josh Muccio, host of The Pitch podcast. Both have spent a lot of time during the coronavirus pandemic speaking with founders and entrepreneurs. Anderson’s episodes focused on companies that have pivoted and been forced to accelerate and quickly adopt new practices, while Muccio answered questions from entrepreneurs trying to survive the pandemic.

Through these conversations, Anderson and Muccio have gathered observations about companies and specific markets and how these brands created innovation out of adversity, switching their business models within days, or mere hours, and making changes that will continue long after the pandemic.

“We’re going through one of the most tumultuous periods of history, and you don’t emerge from that the same as you went in. If you do, you missed the point along the way,” Anderson said.

Brands had to engage in ecommerce rapidly

Before the pandemic, Australia-based coffee company Coffee On Cue focused solely on selling to convention centers and events. However, when events were canceled indefinitely, founder Ryan Spaccavento launched an ecommerce site within three hours and made his first sale within the first hour.

Ecommerce was something he had considered in the past, but he expected it to take months to execute.

“I think that’s what’s really interesting about this time,” Anderson said. “When that moment of desperation hit, he was able to turn that around immediately.”

Muccio noticed that the likelihood of success for businesses during largely depended on their ability to thrive online. Businesses that had never before attempted ecommerce found it more challenging to make the shift.

“This time was almost like a magnifying glass for businesses,” Muccio said.

When Danielle Mullen, founder of Semicolon Bookstore, the only Black female-owned bookstore and gallery space in Chicago, was forced to close her doors, she found a new partner to keep the business going. Mullen teamed up with Bookshop.org, an online platform that gives independent bookstores an ecommerce presence. Now, working with Bookshop.org will allow her company to expand online even after her physical store opens again.

“There are these pockets of innovation that spring out of desperation that can really change the path of the company moving forward,” Anderson said.

Many brands will move forward as hybrids

In the post-pandemic era, brands will need to find a balance between what they were before and what they had to become during the pandemic. That’s the case for Training Mate, a fitness center in Los Angeles. Founder Luke Milton did not want the temporary closure of his three locations to mean a complete shutdown of the company.

Within 12 hours of closing the centers, Training Mate launched an on-demand fitness website, which now has daily classes, warm-ups and fitness education courses. The site also features a chat function to replicate a sense of community online.

When gyms reopen, Milton plans to keep the online program as a part of his business model.

“Once you discover something new about yourself and your business and your customers and how they can engage with you, there’s a good chance those changes stick around and just take a different shape,” Anderson said.

Success will depend on grit and creativity

Muccio said business owners can’t just expect their traffic or profits to return to normal. Instead, success will depend on companies’ willingness to pursue unconventional paths.

“You just have to be super scrappy and creative,” Muccio said. “You might have to make some decisions and go in directions you never thought you’d go. That’s just the reality of the time that we’re in.”

Muccio also advised businesses to understand that there are no quick fixes to the problems brands are facing now. The road to recovery is a long one, and taking the chance to breathe and approach issues with clarity will lead to better decision making.

Despite the challenges, the past few months have offered an opportunity for rebirth. Every business owner has had time to reflect and build for their future.

“We may be in uncharted territories, but the empowering thing right now is we get to develop a new map,” Anderson said. “We’re sitting there holding the pen and the blank piece of paper trying to figure out what the future looks like, and if you got some principles to ground you and the flexibility to adapt in this time, you can build a future that is better than the one we had before.”