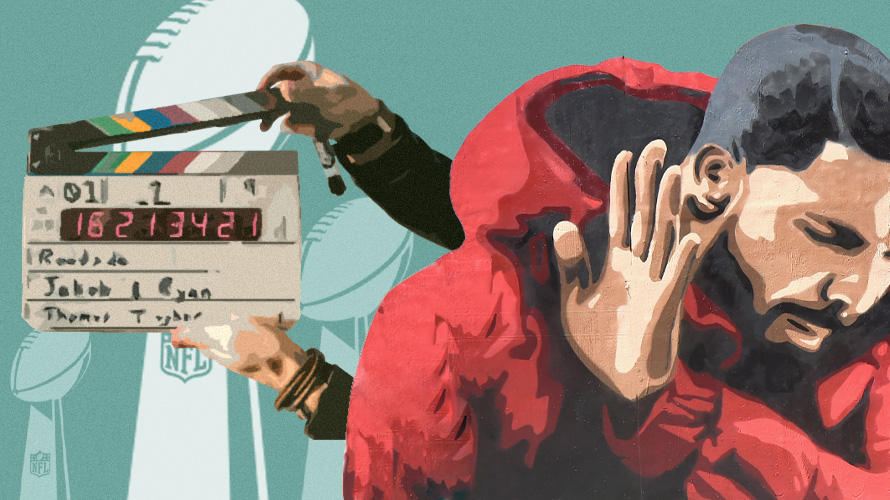 The word trends, much like the over-use of exclamation points and Google Docs, has become an emotional trigger for me—especially as it relates to the Super Bowl.

For brands, the entire point of spending $5 million-odd dollars for 30 seconds of airtime is to disrupt. To go against the grain of what every other brand is doing and make people perk up and pay attention. The world is essentially trying to standardize an industry that is supposed to be creative. That said, year after year there are familiar trends running through the all-mighty Super Bowl spot, and this batch of commercials won’t be different.

Here is what we can expect from the Big Game spots:

The ad inside the ad

In 2018, it wasn’t really the New England Patriots who won the Super Bowl; it was Tide. While it might have been two years ago, I think I speak for a lot of creatives when I say we are still in awe of how David Harbour showed up again and again to pull the (very clean) rug from beneath our collective feet. Seeing the amount of earned press this campaign received, combined with more recent tactics from the likes of Aviation Gin and its foray into this ad inside the ad approach, I predict that more than a few brands will take this tactic and try something similar.

The speech outside of its intended context

If memory serves, Dodge Ram started this trend using Paul Harvey’s 1978 speech “So God Made a Farmer” to serve as the brand’s new mantra. More recently, Google did something similar for its latest Pixel 4 with Stephen Hawking’s unmistakable voice-over encouraging us to chase our dreams (and I suppose take pictures of the night sky). If I were a betting man, I’d put good money on the Kansas City Chiefs—and on this tactic making another appearance.

Advertising data continues to suggest that our attention span keeps getting shorter. So as we sit down and watch a four and a half hour sporting event, keep an eye out for brands using a minimalist approach. I foresee six-second commercials, uncluttered layouts, dropping brand taglines and the gratuitous use of white space (looking at you Apple) making an appearance.

Whoever developed this tactic deserves a raise because using an upfront logo animated on the screen with a quick hit of sound design has spread like wildfire across State Farm, Applebee’s, Honda, Pepsi and the list goes on.

Think about this for a moment. One of the biggest revolutions in the television spot over the past 10 years was taking a brand’s logo from the end of the spot and putting it at the beginning. Ten years from now, who knows where the logo is destined to show up? What I do know is that David St. Hubbins of This Is Spinal Tap was right: there really is such a fine line between stupid and clever.

Much like me pining away for that simpler time when we only had to put a logo at the end of our spots, nostalgic imagery is very in vogue at the moment. Blame Quentin Tarantino or the rise of Zima (now basically rebranded as White Claw), but people love things that remind them of the way life used to be. And why not? As a brand, go ahead and put a fine whiff of cellulose acetate in the air as your $5 million spot plays for the masses.

Overall, I encourage my fellow creatives to ignore the trends. If you’re lucky enough to work on a Super Bowl spot, take it as an opportunity to be a creative contrarian. Just please, try to keep the logo at the end.