5 Ways to Connect With Hispanic Millennials and Gen Zers

Nearly 24% of younger consumers is Latino, compared to 11% of boomers 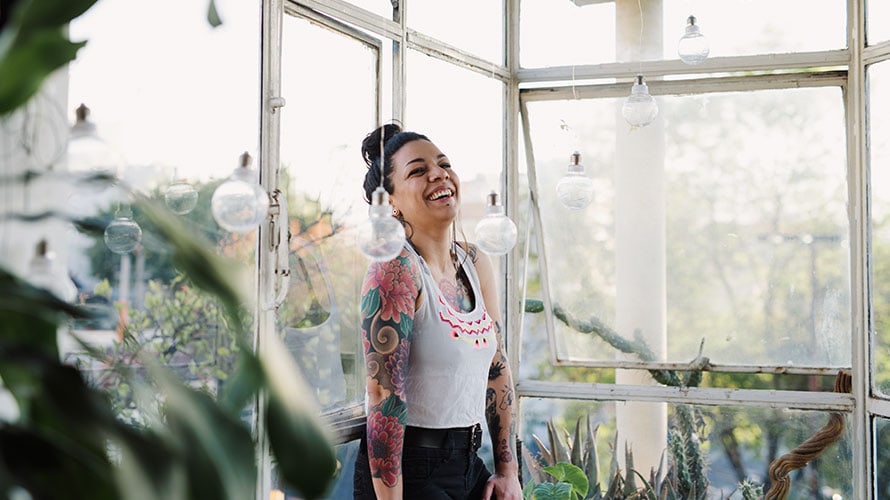 The American identity has vastly changed due to contributions from Hispanic citizens.
Getty Images
Share
By Luiz Salles
|
February 21, 2019
Share

Contrary to how they’re often portrayed in the media, today’s young Hispanic population is dynamic, multicultural, heterogeneous and often multilingual, setting them apart from every other group, minority or otherwise. Mostly born in the U.S. or at least raised here, their Spanish and English proficiency crosses the spectrum. They’re Dreamers, literally and figuratively, optimistic and holding tight to the sorts of aspirations that go along with that. And they’re already, both directly and indirectly, influencing your kids, from mainstream entertainment to original YouTube content. Social media and influencer landscapes are teeming with them.

Numbering 21 million, this 18-and-under group doesn’t quite have the political clout of their older millennial siblings, but they’re already making their mark both economically and culturally. Let’s take a second to appreciate their contributions, recognize what the future looks like thanks in part to their growing presence and see how this information can be applied in marketing strategies targeting them.

It’s been well-reported that Americans are living longer than ever. While this is great news, aging folks are being replaced in the workforce at much lower rates than in the past, creating a smaller worker-to-dependent ratio. If the working-age population doesn’t keep up, the U.S. economy might collapse under the burden and strain from sectors like healthcare, construction and agriculture.

Of the 76 million boomers aging out of the workforce in America today, only 11 percent are Hispanics. Gen Z (those who are entering or will soon enter the workforce) constitute almost the same amount of people—74 million—but nearly one in four of them (24 percent) is Hispanic. And let’s not forget the 17 million Hispanic millennials that are already in the workforce. Combined, that’s nearly 40 million working or soon-to-be working Hispanics.

Latinos haven’t just changed the American identity over time, they’ve established it in ways that are so deeply ingrained in our culture that they’re not even recognized as being Hispanic anymore.

America’s aging population has another, less publicized impact on the country: culture. Latinos haven’t just changed the American identity over time, they’ve established it in ways that are so deeply ingrained in our culture that they’re not even recognized as being Hispanic anymore.

Almost one in three Major League Baseball players are Hispanic. It was one in 10 as recently as 1987. The music we listen to is increasingly made by young Hispanics. In 2017, the Billboard Hot 100 charts held a record for the number of predominantly Spanish-language songs at 19. This type of influence is prevalent in all aspects of American culture, and it will accelerate for five reasons.

Mainstream culture originates in the fringes within niche culture, and Hispanics are the largest niche group in America. But they won’t be niche for long. Today’s young Hispanics will be the primary component of a group that will make Hispanics demographically mainstream. In the meantime, they’ll continue to punch above their weight from the periphery to be among the most innovative contributors to popular culture. It’s key to create partnerships with edgy, out-of-the-box young Hispanic influencers. They are the ones setting the cultural trends that mainstream groups will soon be catching on to.

Consider the urban areas where they live

Culture disproportionately stems from urban areas, where Hispanics are over-represented. Hispanics account for 27 percent of the population in urban areas, despite being 18 percent of the total U.S. population. More than half of U.S. Hispanics live in just 15 metropolitan areas. For marketers, it’s not only important to keep an eye on what’s going on with them in our urban centers, especially with what they’re doing on their phones, but to also consider what brings this community together, whether it be music festivals or sporting events. Shared entertainment experiences are a great starting point.

Resonate with their values

Most visibly, younger groups are the ones impacting culture where, again, Hispanics are over-represented. Millennials and Gen Z are more than twice as likely to be Hispanic than boomers are. The lesson for marketers isn’t just to target young Latinos differently than other groups but to remember that this group is constantly looking for people who really reflect their culture and values.

Reach them through technology

Show them a bicultural world

However, marketing strategies shouldn’t just be bilingual. They need to be bicultural, with cues that only someone who lives in that world would understand.

Although there’s a lot of uncertainty in the Hispanic market right now, young Hispanics are weathering that storm. They’re more comfortable in America than their parents and abuelos, who helped shape that environment for them. Because of those sacrifices, young Hispanics don’t have to assimilate in the same disruptive and challenging ways as their forefathers. In many ways, America is assimilating to them, and marketers need to take notice now.

Luiz Salles is svp, head of strategic planning at Orcí.