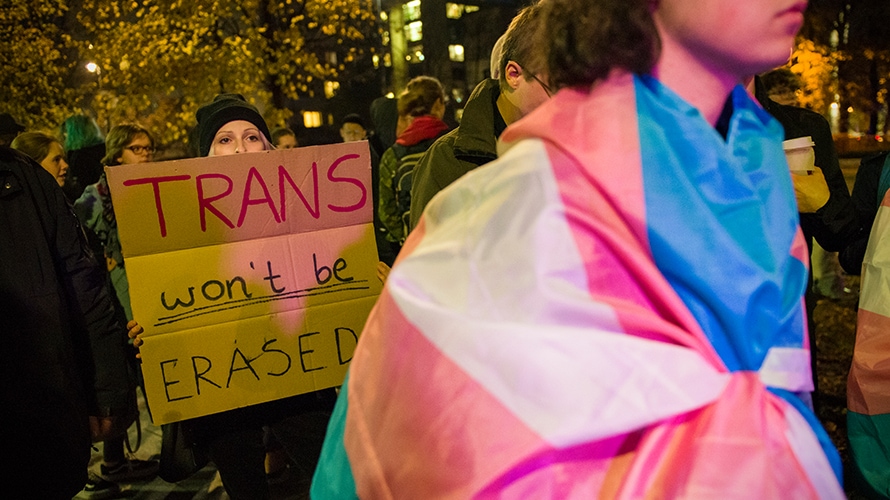 Major companies including Lyft, Uber and IBM are coming out in support of the transgender community. Getty Images

Fifty-six companies including Lyft, Coca-Cola, Levi’s and Airbnb released a joint statement today in support of the transgender community. The statement is a direct response to reports that the Trump administration has plans to legally define gender as the sex a person is born with—a move that would erase protection of and recognition of transgender and gender non-binary communities.

“We oppose any administrative and legislative efforts to erase transgender protections through reinterpretation of existing laws and regulations. We also fundamentally oppose any policy or regulation that violates the privacy rights of those that identify as transgender, gender non-binary, or intersex,” the letter reads.

A group of 14 LGBTQ organizations including Out Leadership, the Human Rights Campaign, The Trevor Project and the Transgender Legal Defense and Education Fund worked on the project to bring these 56 brands, who have $2.4 trillion in collective revenue, together.

A big part of the statement aims to show that transgender people are important parts of these companies on a human level, and that they currently make up a major part of these businesses. At this point in time, “80 percent of the Fortune 500 have clear gender identity protections; two-thirds have transgender-inclusive healthcare coverage; hundreds have LGBTQ+ and Allies business resource groups and internal training efforts,” according to the statement.

The letter also goes on to say that diversity and inclusion is vital for the success of a business and that “discrimination imposes enormous productivity costs (and exerts undue burdens).”

“Executive actions and laws that allow discrimination erode our ability to foster vibrant, competitive workforces, which halts growth, creativity, and innovation. Our workplaces and communities must be diverse and welcoming for all people, regardless of race, sex, national origin, ethnicity, religion, age, disability, sexual orientation or gender identity,” added Elizabeth Wood, chief human resources officer for Levi Strauss & Co, in a statement.

These are the 56 brands that have signed on to support the transgender community. More brands are expected to sign on in the next few days.