Tides are turning, and girls' preferences are finally being acknowledged more 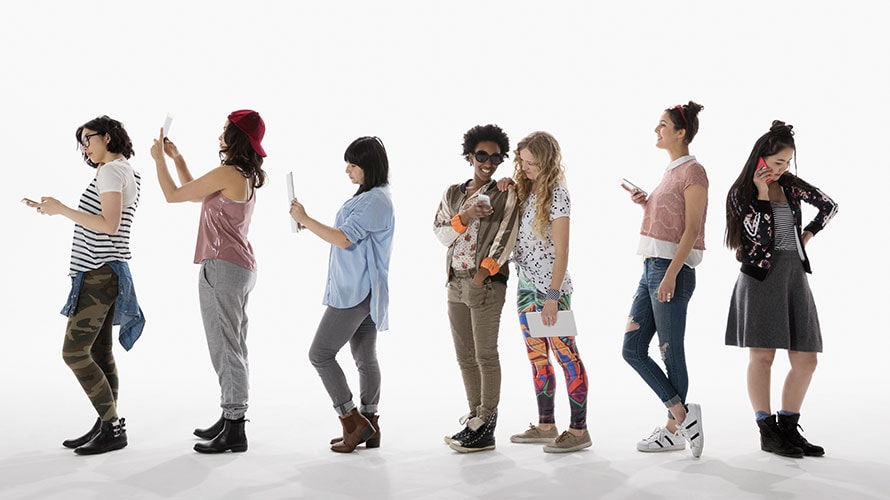 There's been a shift where marketers are focusing more on what girls' preferences in the last decade.
Getty Images
Share
By George Carey
|
December 12, 2018
Share

For much of the last century, girls have found themselves in an ongoing struggle to have their innate talents recognized and valued on the same level as their guy counterparts. Teen boys were revered for their physical strength, their athletic prowess and their courageous spirit while teen girls were pushed to the background and patted on the head for their good grades and dutiful responsibility.

In the last 10 years, there has been a been a quiet revolution in the societal thinking on what it means to be a well-educated kid prepared to succeed in the real world. People like Tony Wagner at the Harvard Graduate School of Education have put forward a whole new set of 21st Century Survival Skills that now prize personal traits like critical thinking and problem-solving skills, creativity and imagination or teamwork and collaboration, all of which are becoming the new gold standard through which teachers, parents and peers evaluate a kid growing up today.

My company’s research on Gen Z Passion Points is showing is that on virtually every one of these new markers of success, Gen Z girls are pulling farther ahead of their Gen Z guy counterparts, with implications for marketers that cannot be overstated.

There has been a tectonic shift in what American society values most in its youth, with the things girls have always been good at now being prioritized.

Experts agree that having a creative and inventive mind is an absolute prerequisite for success in the 21st century. Yet Gen Z girls are far more likely than guys to name “Being Creative” as an emotional priority, with 68 percent listing this as one of their dominant passions versus just under half of Gen Z guys.

The passion point of “Showing Who I Am and What I Care About” had more than double the emotional relevance with Gen Z girls than guys, with 67 percent of the former describing it as one their top emotional priorities versus only around 30 percent of the latter.

While both are thinking about their futures, Gen Z guys are much less likely to say they are doing anything to prepare for it (67 percent girls to 56 percent guys).

When asked about their commitment to “Speaking Up for What I Believe In” or “Always Keeping My Promises,” once again, Gen Z girls have pulled well ahead of their guy counterparts with a difference of 22 percentage points on the former and 12 on the latter.

Is any of this to say life is perfect for Gen Z girls? Certainly not. When asked about “Preserving or Losing Weight,” around twice as many Gen Z girls described this as a passion point versus guys. But the reality is there has been a tectonic shift in what American society values most in its youth, with the things girls have always been good at now being prioritized above the innate talents of their guy counterparts.

So how are you to respond to all of this as a Gen Z marketer or communications expert? Here are a few implications to consider:

Speak to Gen Z girls for what they have become

Gen Z girls are not in the process of turning the corner in their emotional growth versus guys—they have already turned it and are well down the home stretch on their way to the finish line. Build this new reality into your positionings, campaigns and new products. From Barbie’s brilliant “Be Anything” for younger girls to the equally wonderful “This Girl Can” campaign combatting gender stereotypes, speak to and celebrate girls from their new place of emotional confidence and security.

If there is a vulnerable population in the Gen Z universe, it is the guys not the girls. Look for ways of celebrating their intrinsic qualities and gifts, just as Doritos does with its “Be Bold” campaign.

Don’t lump all Gen Z in the same emotional bucket

We have a tendency as marketers to aggregate all Gen Z into the same emotional bucket on the assumption the values, beliefs and priorities of one individual are shared by the other. Nothing could be further from the truth. While gender is one predictor of emotional demarcation within the Gen Z universe, there are many others including income, family structure and (to a lesser extent) ethnicity. Knowing the precise emotional contours of who our Gen Z target consumer is and who they are not can mean the difference between a brand, a campaign or a new product brimming with emotional relevance versus totally lacking in it. And if you are not emotionally relevant, the massive Gen Z opportunity will pass you by.

@FamilyRoomllc
George Carey is CEO and founder of The Family Room, a strategic research and brand innovation consultancy.