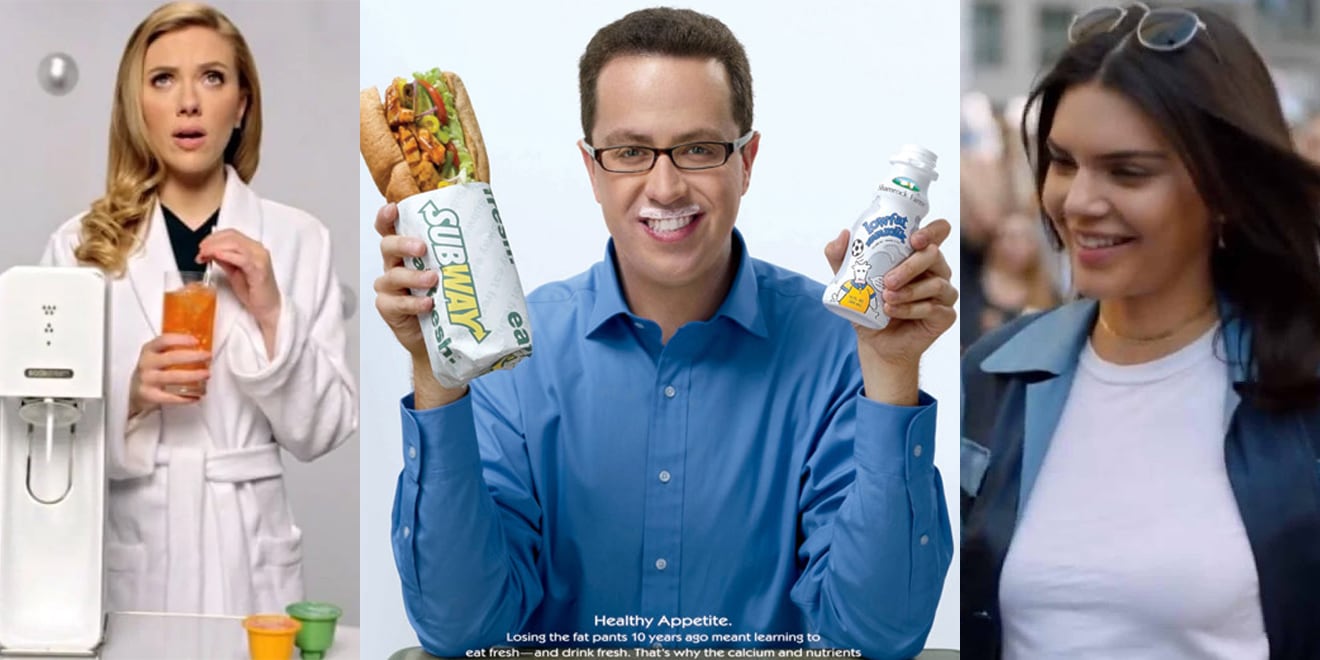 Celebrity endorsements can be great for business, and some famous spokespeople have even become inextricable from the brands they represent (think: Jennifer Aniston and Aveeno). But, every once in a while, an idea slips through that probably should have been left on the cutting room floor.

In 2017 Pepsi attempted to conjure the zeitgeist in one of its ads, by making reality star Kendall Jenner the peacemaker between protesters and law enforcement, at a rally obviously alluding to the Black Lives Matter movement. The ad, in which protesters danced and smiled and cracked the occasional Pepsi, culminated in a scene where Jenner—a white model, arriving from a photo shoot—bridged the divide by offering a soda to a grinning police officer.

The gesture was immediately reminiscent of an image that emerged from a 2016 protest in Baton Rouge, La., in which lone protester Ieshia Evans was rushed by police officers in riot gear. That photo became emblematic of the spirit of the movement.

Critics called the spot tone-deaf saying it trivialized not only the protests, but also the killings of black people by law enforcement. “No one is finding joy from Pepsi at a protest,” said Elle Hearns, the executive director of the Marsha P. Johnson Institute and a former organizer for Black Lives Matter. “That’s just not the reality of our lives. That’s not what it looks like to take bold action.”

During the 2014 Superbowl, which is basically Christmas for advertisers, SodaStream released a spot featuring actress Scarlett Johansson endorsing its bubbly water machine.

The ad was met with controversy because, at the time, the Israeli company had a facility located in the contentious West Bank territory and Israeli settlements in the area were illegal according to international law. Johansson, who was subsequently dropped as a spokesperson for international relief organization Oxfam, said she stood by her endorsement of SodaStream.

The company later moved its facility out of the West Bank thanks to a restructuring, which the CEO claimed did not have political motives. CEO Daniel Birnbaum blamed plummeting sales instead on the fact that Johansson’s Superbowl spot was critical of other big-name beverages.

Nike, which has been no stranger to bad endorsement decisions over the years, originally signed former NFL quarterback Michael Vick as a spokesperson in 2001, but dropped him in 2007 after he filed a plea agreement admitting to taking part in a dogfighting ring.

That should really be the end of the story, but the brand allegedly bafflingly re-signed Vick in 2009, claiming it was impressed with the changes he had made in his life. Nike contested the allegation, saying there was no new deal with Vick, but rather an agreement to continue supplying him with their products.

Disgraced cyclist Lance Armstrong accumulated many endorsements over the course of his lengthy career as a Tour de France superstar, but perhaps none as prolific as his partnership with Nike. The athletic brand churned out endless ads and products tied to Armstrong and was even accused of being complicit in his doping cover-up.

After a long slew of investigations, culminating in the 2012 report by the United States Anti-Doping Agency that found Armstrong guilty of using illicit drugs and perpetuating the cover-up for years, Nike came down hard against the athlete. The brand even took Armstrong’s name off of a Beaverton, Oreg.,-based fitness facility.

Anna Nicole Smith, who rose to fame as an actress, model and television personality, also became a well-known spokesperson for the now-defunct dietary supplement brand TrimSpa after losing a significant amount of weight. When Smith died of a drug overdose in 2007, the company claimed it had no idea whether Smith was actually using its product. Either way, her death seemed to spell disaster for a brand that was already seeing diminishing sales for some time.

The real drama though, was that SlimFast was allegedly found in the star’s refrigerator at the time of her death. SlimFast was one of TrimSpa’s top competitors. TrimSpa’s parent company filed for bankruptcy in 2008.

This one goes back several decades, but it should have served as a cautionary tale for celebrities to do even the smallest amount of research about the brands they endorsed. American TV host Kathie Lee Gifford was, for a time in the ’90s, a face of big-box retailer Walmart, which even ran a Gifford clothing line.

In 1996, it was revealed that the exclusive Gifford line was actually being manufactured by children in sweatshops in Honduras. As Stephanie Strom for the New York Times wrote in 1996: “Celebrities make millions lending their names to enterprises they rarely visit in industries they know little about. When problems arise, their success in damage control can determine the lasting value of their celebrity, the prime commodity they have to sell.”

Kobe Bryant, like many of the celebrities who made this list, was associated with a slew of brands, including Nutella, McDonald’s and Sprite in his heyday. In 2003, the former pro basketball player was indicted on charges of sexual assault, a case which was later settled in a civil suit out of court. Shortly after the assault charges came to light, Nutella—once declared as the former player’s “favorite spread”—decided to part ways with Bryant, a move it claimed had nothing to do with his legal trouble.

Coca Cola, which owns Sprite, initially said it would stand by Bryant, but stopped running his ads as well, claiming it had previously decided to go in a new direction with the company’s marketing.

Subway made Jared Fogle not only a celebrity, but a household name. For a time, if you heard someone say “Subway Jared,” you could almost smell the distinct, potent Subway-bread smell that is unlike any other smell in the world, for better or worse.

Unfortunately Subway was also his downfall. For years, everyone knew Fogle as the everyman spokesperson of the sandwich chain. People could identify with him and his struggle and they found some measure of hope in his monumental weight loss and resulting rise to stardom. That would soon change.

Red flags were initially raised about Fogle in 2007, when a journalist approached law enforcement with claims that Fogle had made about having sex with underage girls. There wasn’t enough evidence to build a solid case against him until 2015, when he was found to be in possession of child pornography. Fogle was also charged with having sex with minors. The former Subway frontman is currently incarcerated in Englewood, Co., with an earliest possible release in 2029.

The Subway Jared scandal may have hurt the company, but the fast-food giant was allegedly in a slump already, without his help.