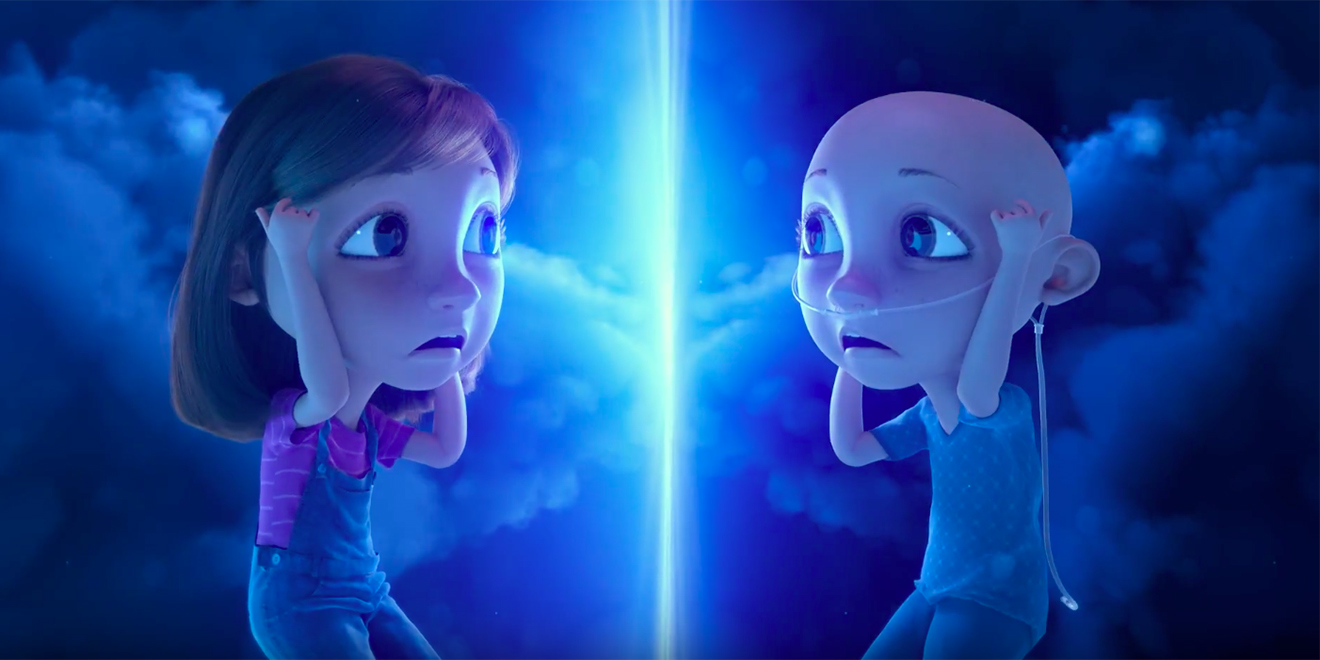 'The Fall' tells the story of a child's rapid and terrifying plunge into the world of cancer treatment. - Credit by WMcCann

The Hospital de Cancer de Barretos, an internationally renowned children’s cancer treatment center, has been renamed the “Hospital de Amor,” or “Hospital of Love” to promote the power of love as the most effective resource in fighting cancer.

To promote the rebranding, WMcCann Brazil created a short animated film illustrating how love is the most powerful force against cancer. The touching film shows the devastating effects of childhood cancer, from the debilitating treatments to the emotional toll on family, friends and caretakers.

The film was made from the point of view of the child, and shows her journey after her diagnosis . With no dialogue, the message is delivered through the emotive song and lovely animation. The film is titled “The Fall,” which is both literal in the film and also a metaphor for that moment when the floor gives way beneath you, and you are plunged into the unknown. Loving family, doctors and friends act as balloons that support you emotionally and physically, because love never lets you down.

The animated film, produced by Zombie Studio and Loud, is the first piece of major communication concerning the hospital’s rebranding. The emotionally charged message in the video was inspired by the hospital’s new identity.

“The creative solution came up almost naturally, as the new hospital name is nothing but a fundamental component to treat the disease. It also shows a more modern and humane approach for the treatment,” said André Marques, WMcCann Creative Vice-President.

For many who worked on the project, it had a very personal connection.

“Since the beginning, we were very engaged and moved by the theme, especially considering some of the crew members have personally experienced the hardship of having a loved one facing cancer,” said Paulo Garcia, Zombie Studio partner and movie director.

The song “Heart Full of Love” was composed specifically for the project by Felipe Vassão and Rafa Kabelo, from Loud Studio, and was performed by the North American singer Rebecca Peters.

“We literally loved the challenge of help telling this story through a song,” said Felipe Vassão, conductor at LOUD studios, “and both the creatives and the movie directors gave us total freedom to create, something very rare nowadays.”