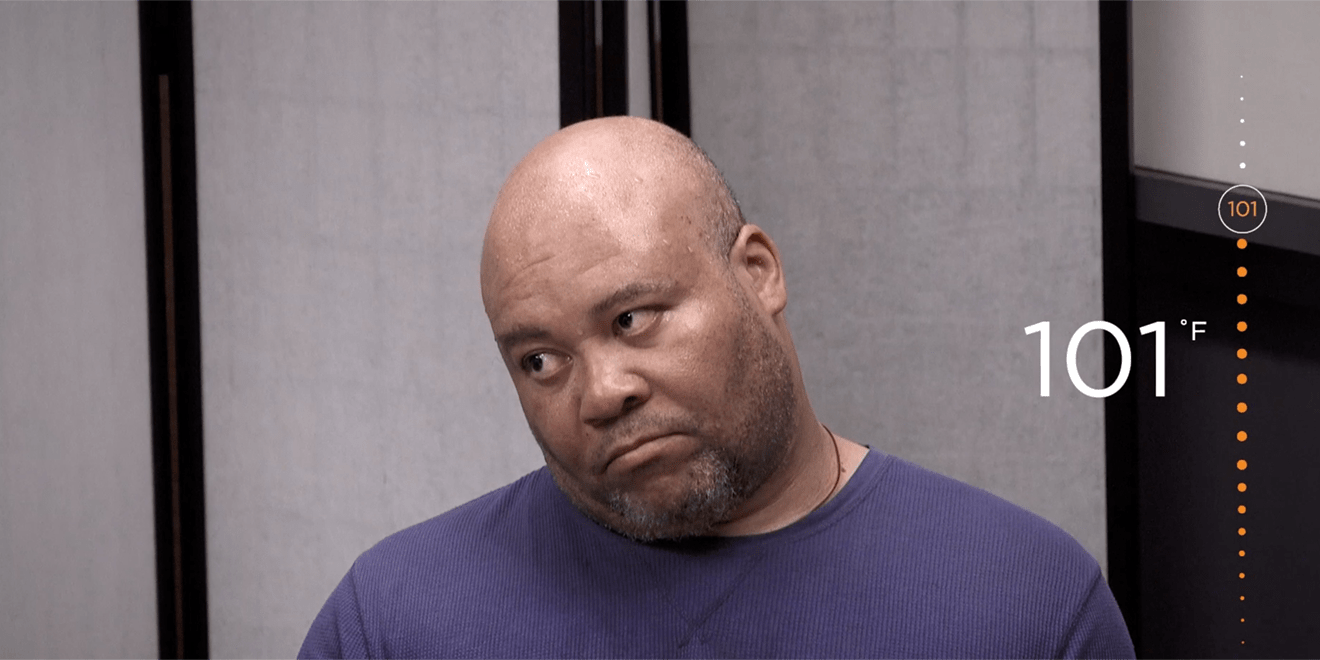 It's getting hot in here. - Credit by Ecobee

A killer asteroid is a bigger threat to the world than climate change. And all that alarmist talk about melting polar ice caps? It’s a scam perpetuated by the liberal media and the celebrity elite.

Anyway, if the Earth ever becomes too unlivable, “There are other planets.”

This is the kind of chatter that happens in a roomful of climate change naysayers, seemingly brought together to fuel each others’ theories about colonizing Mars and such but in fact secretly promoting a Canadian brand called Ecobee.

It’s not a heated discussion when everyone agrees with statements like, “The Earth is fixing itself,” and, “We had the coldest February since 1960, which disproves climate change.”

The stunt, in honor of Earth Day, comes from DCX Growth Accelerator, the Brooklyn-based agency that memorably trolled a bunch of fashion influencers, and by extension, our influencer-obsessed culture, for client Payless late last year. (The company’s pop-up Italian boutique in Beverly Hills, dubbed Palessi, hawked $20 knockoffs as designer originals and captured various ‘gram stars paying hundreds of dollars for the down-market product).

For Ecobee, DCX again chose to go the bait-and-switch route, generously laced with humor, for a subject so nuclear that simple greetings such as, “Nice weather we’re having,” can set off an argument these days.

DCX invited 20 climate change deniers to a “focus group,” but proceeded to inch up the indoor temperature, adding other uncomfortable (but non-hazardous) elements to their physical surroundings along the way.

The stunt comes at a time when climate change needs to be dissected, but “millions dismiss it outright as a political issue,” says Jackie Poriadjian-Asch, Ecobee’s CMO and chief revenue officer. “Our approach may have been excessive, but we were willing to go to extremes to spark a much-needed discussion.”

Participants at the L.A.-shot event are sweating profusely, fanning themselves and struggling for composure in the long-form video. By making the situation ridiculous, and letting them in on the gag about 80% of the way through, attendees paid attention to the Ecobee pitch that came at the end.

“It really opened everyone up,” says Doug Cameron, DCX founding partner. “They didn’t feel they were being preached to.”

In the dozen years since its technology launched, Ecobee has helped customers save energy and prevent a half-million tons of greenhouse gas emissions, according to its research.